Scotland’s Muslim Justice Secretary says he intends to clamp down on hate speech inside the home under his sinister new Hate Crime Bill. (So, can we assume this means children must rat out their parents, just like they did in Nazi Germany?) 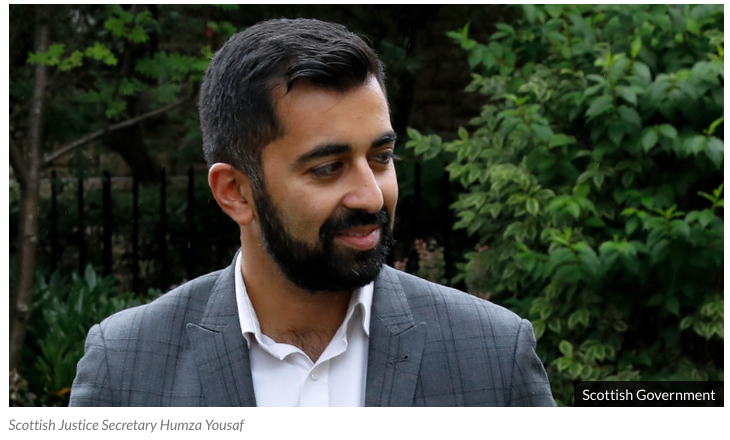 ChurchMilitant Free speech campaigners have warned that the Bill leaves out a crucial defence included in other UK hate crime legislation, which protects conversations in the home from police intervention.

However, Humza Yousaf is refusing to provide a “dwelling defence”, insisting that ‘hateful speech’ in the home deserves to be criminalized. The Scottish Government agreed to raise the threshold of the ‘stirring up’ offenses from behavior ‘likely to stir up hatred’ to behavior ‘intended to stir up hatred’.

America is no far behind. Leftists openly denounce so-called white supremacists in America, but cry “Islamophobia” when legitimate criticism is made of Islam’s embedded racism. Joe Biden has tasked his Department of Justice with combating alleged white supremacy by urging family members to report so-called radical behavior to the FBI.

Raymond Ibrahim, author of Sword and Scimitar, explains, “Islam, itself, actually, you can say, is very racist. It’s very diversionary and divisive. In fact, it has whole doctrines that make people, make Muslims dislike and, in fact, are called to hate non-Muslims.”

Raymond Ibrahim: “It’s a mini-sort of blasphemy law that’s meant to curtail and silence any criticism against Muslims or Islam from the indigenous people in the U.K.”

With Humza Yousaf’s abysmal Hate Crime Bill being pushed through parliament by the SNP, here’s comedian Leo Kearse explaining why it’s   a grave threat to freedom and liberty.