Gay men will be crushed to death by pushing a wall onto them as part of nationwide return to Sharia law in Afghanistan under the Taliban, according to one of the extremist group’s judges reveals. 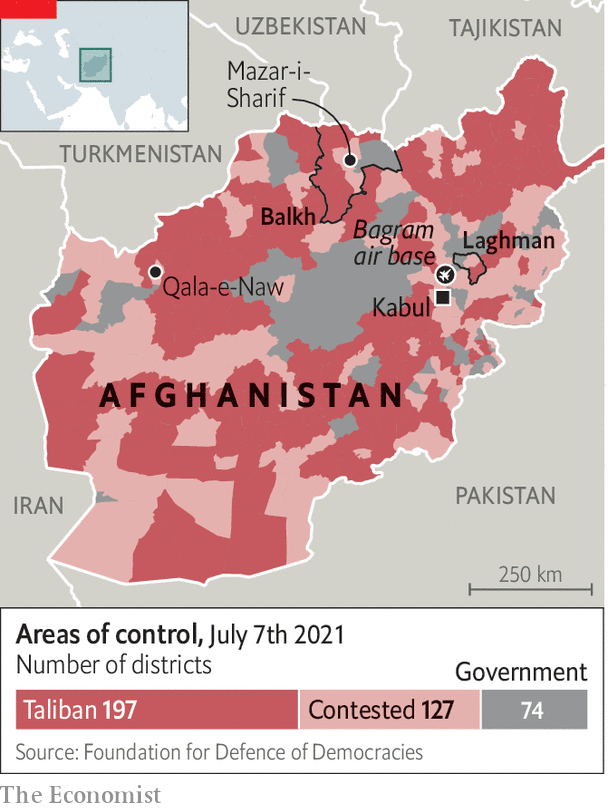 Daily Mail (h/t Terry D) The Taliban claim they have already taken control of 80% of Afghanistan since NATO withdrew its forces from the country, leaving local troops to deal with the Islamic jihadists. The threat of Sharia law is already very real for many.

Intelligence agencies in the United States believe the Afghan government could collapse in as little as six months of the total withdrawal of American troops from the country.

A Taliban judge has given a terrifying glimpse into life under the Islamic terrorist group and the fate that awaits Afghanis if the country falls back under their control.

Gul Rahim, 38, spoke matter-of-factly about cutting hands and legs off thieves, issuing permits for women to leave their homes and toppling walls on gay men as a form of execution in his Taliban-controlled district in central Afghanistan.

Asked what punishments the Taliban considers for gay men, he replied that there are only two options.’Either stoning or he has to stand behind a wall that falls on him. The wall must be 8ft to 10ft high,’ he said.

He added that his aim is to introduce the Sharia law punishments across the whole of the country if the Taliban can re-take control once America departs, saying: ‘That was our goal and always will be.’

Rahim revealed his vision of justice in an interview with German newspaper Bild, speaking to a reporter close to the central Afghan province where he has been based for several years.

Speaking about a recent case he adjudicated, he said a man was found to have stolen a ring from a house – so he ordered that his hand be cut off.

‘I asked the owner of the ring if he would also ask that the thief’s leg be hacked off because he not only stole the ring but broke in, which means that he had committed two crimes,’ he added.  ‘But the owner of the house agreed that only the hand would be chopped off.’

In another recent judgement, he ordered that a gang caught kidnapping and smuggling people should be hanged. ‘Depending on the crime, we can start with fingertips or fingers. For worse offenses, we cut the wrist, elbow, or upper arm. Death by stoning or hanging is the only option for the greatest crimes’, he said.

Rahim’s bleak descriptions of Taliban ‘justice’ recall the worst years under the previous Islamofascist government that emerged in the 1990s and ruled until it was driven from power during the American invasion.

In many areas the fighting has been fierce and bloody, with the government fighting and losing on multiple battlefields. In some places commanders have simply abandoned their posts or else negotiated surrender with the militants to be allowed to go home.

While western leaders hope that fighting will end with some form of power-sharing deal between the government and Taliban, many fear the Islamists will emerge victorious and seize back control over the country.

Commanders have already warned that several of Afghanistan’s provincial capitals are surrounded by the Taliban, will militia groups recruited by the government to hold them off already complaining of a lack of weapons and ammunition.

As the Taliban quickly retakes territory amid America’s departure from the country, many women are trying to leave – afraid of living life under the Islamist group.

Rahim did little to assuage those fears when he insisted that women will be allowed to leave the house under Taliban rule, though will have to obtain a permit first. Women will also be allowed to do to school, he said, though only if their teacher is female and they wear a compulsory hijab.

Since May, most of the 2,500 American troops have left, and the US has also handed over to Afghan forces Bagram Air Base, from where coalition forces carried out operations against the Taliban and jihadist groups for the past two decades.