A rescue delegation from the IDF’s Home Front Command came to Surfside to assist in the search and recovery mission. The delegation arrived within 72 hours of the building’s collapse, helping first responders using 3D mapping and conducting a humanitarian effort to support the families of the missing. 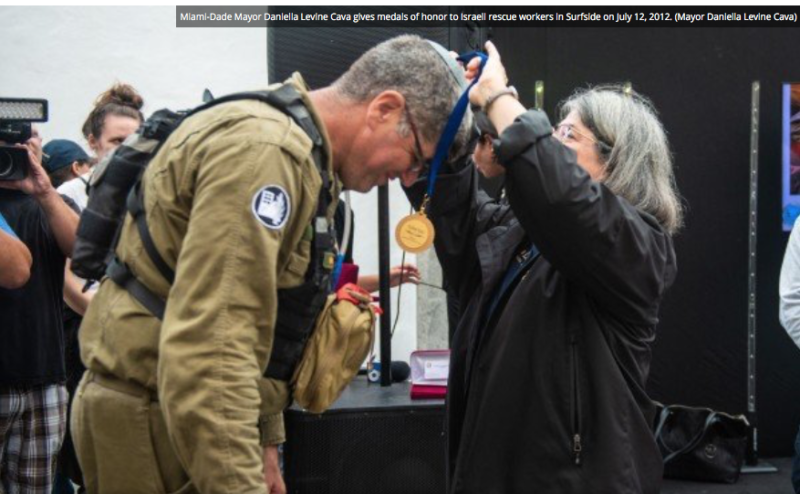 UWI  During a brief ceremony on Saturday evening, Miami-Dade Mayor Daniella Levine Cava thanked the battalion for their “unrelenting dedication.” Members of the task forces that have been searching the site 24 hours a day since the collapse lined both sides of the street, shaking hands and bidding farewell to the Israeli team.

Miami officials gave a hero’s sendoff to a seven-man delegation of IDF rescue workers on Monday. The Israeli team finished two weeks of grueling work assisting crews looking for bodies in the rubble of the collapsed Champlain Tower.

Two of the IDF commanders were made honorary commanders of the Miami-Dade Fire Rescue. The El Al plane taking the team back to Israel was also given a water cannon salute. 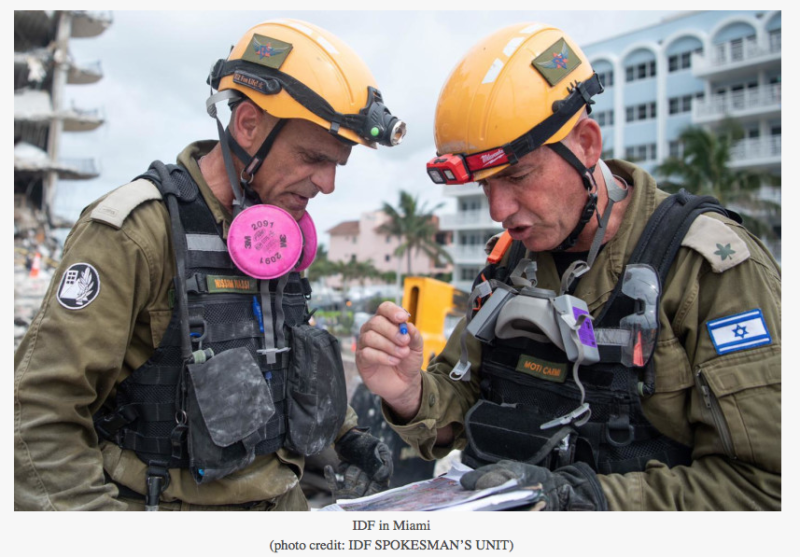 In an interview with Miami’s Channel 10 News, the mayor effusively praised the Israelis for coming  as quickly as they could. They actually changed in the bathroom of the airport after an overnight flight so they could get right on the pile when they arrived in Surfside,” Cava Levine said.

“The families were very very inspired to have them on site. They did much more than search and rescue. The family support they do extremely well, and it was a great comfort.”

The mayor also praised the Israelis for creating a detailed, room-by-room 3-dimensional map of the Champlain Tower, which helped rescue teams. “We’re talking about working together in the future to bring this technology here,” Cava Levine said.

Yesterday, #MDFR along local and federal task force teams, and family members of the victims, said farewell to the IDF delegation that assisted at the Surfside building collapse. IDF received the Key to the County and were made honorary commanders of MDFR. pic.twitter.com/ZFZwoaAMgu

Linda Sarsour, on the other hand, spit on the IDF team by promoting the following tweet: 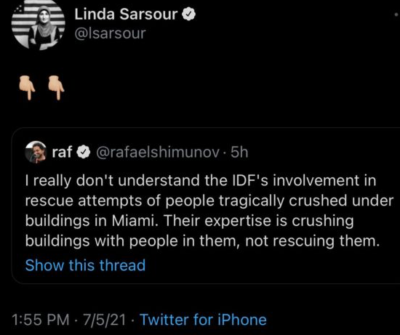