In April 2017, Al-Qaeda in the Arabian Peninsula (AQAP) released an issue of Inspire magazine, its glossy, slickly produced online magazine that praises jihad murderers and calls on Muslims to commit more acts of jihad terrorism. After that, Inspire went silent – until now. 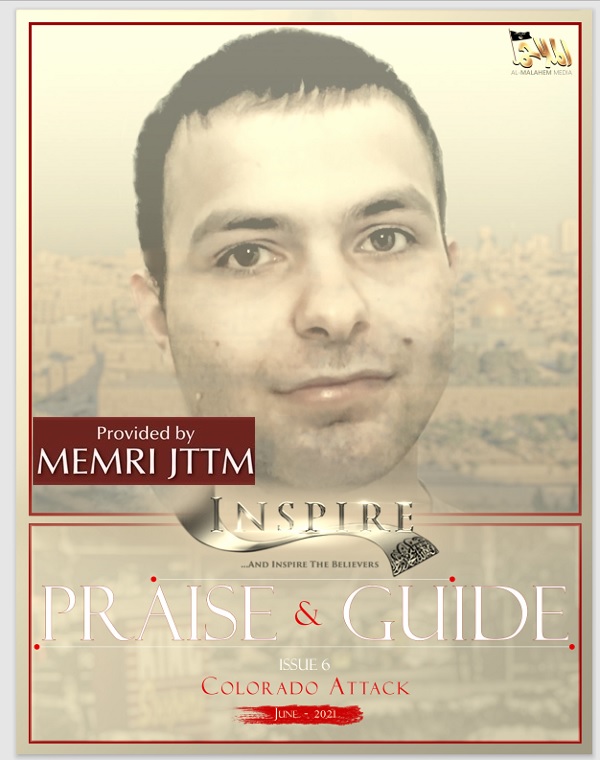 FrontpageMag – Robert Spencer The first new issue in four years has just appeared, heaping praise upon the Colorado jihad mass murder Ahmad Al-Issa (who was called “Alissa” in establishment media reports which, as usual, glossed over his identity as a jihadi) and calling for more such attacks.

On June 29, 2021, Al-Malahem, the media arm of the Yemen-based Al-Qaeda in the Arabian Peninsula (AQAP), released the first issue of its Inspire magazine since 2017.

This issue of the magazine, titled “Praise and Guidance,” praised the Colorado shooter Ahmad Al-Aliwi Al-Issa, perpetrator of the March 22, 2021 mass shooting at a King Soopers supermarket in Boulder, Colorado in which 10 people were killed. It referred to Al-Issa as a mujahid – a jihad fighter – and went on to call on Muslims to target “the American enemy” inside and outside the U.S.

In the issue, AQAP stressed that waging jihad against the U.S. is a religious duty incumbent upon all Muslims “with strength and ability, until the U.S. stops its oppression against Muslims, stop supporting the occupier Jews who are oppressing our brothers in Palestine, and stop all its intervention in Muslim countries.” 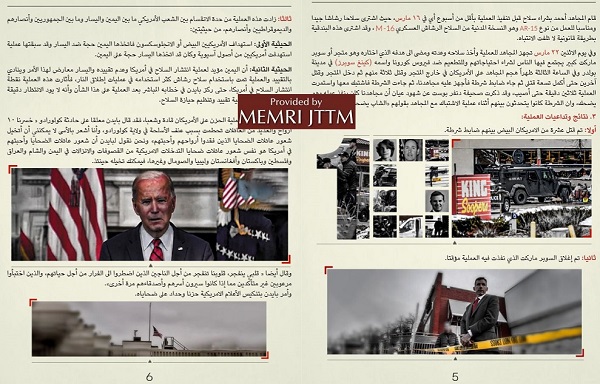 After noting that all Muslims around the world, regardless of nationality, share responsibility for waging jihad against the U.S., AQAP congratulated the Muslim ummah and praised Al-Issa, mentioning that he was a Syrian national. It also called on Muslims in the U.S. and other countries to “follow his path in carrying out attacks against the American enemy, whether inside its homeland, which is preferred, or outside.”

AQAP then noted that Al-Issa had shared social media posts expressing concern for the plight of Muslims in Syria. It also mentioned that U.S. Congressman Madison Cawthorn stated in an interview on Fox News that Al- Issa carried out his attack to avenge U.S. airstrikes in Syria and that President Biden is to blame because of his policies in Syria.

AQAP also said that some of Al-Issa’s social media posts were “Islamic” and added that “he follows the ummah’s issues.” This includes a May 2019 post in Arabic in which he wrote: “So Mary wears a hijab and jesus doesn’t eat pork and prays on his knees and hands. There both Muslims it’s obvious.” In another post, Inspire claimed, Al-Issa wrote: “Muslims may not be perfect but Islam is.” 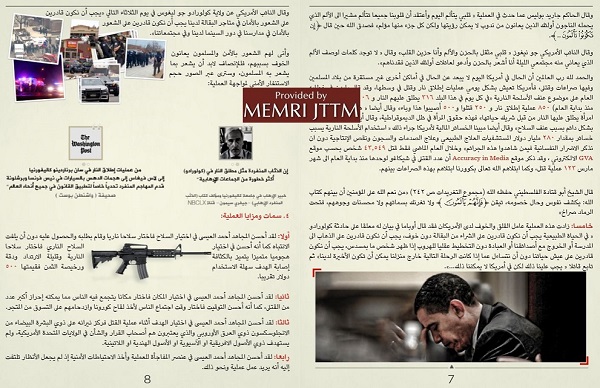 Detailing the attack, the magazine highlighted that the “mujahid” bought an AR-15 rifle legally and on March 22, headed to a crowded King Soopers in Boulder, Colorado at 3 p.m. The mujahid then killed three Americans outside the store and six others inside and wounded an officer who responded to the attack. 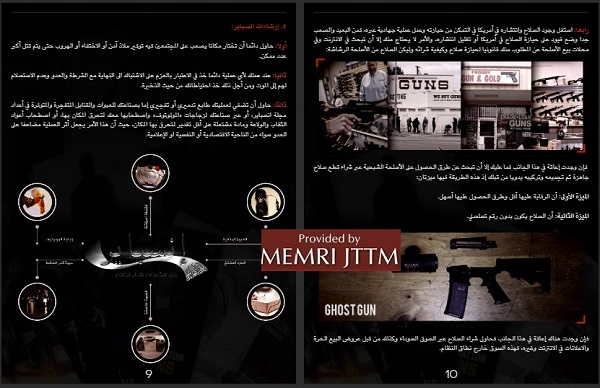 The issue also included a series of instructions for lone wolves to carry out an improved version of Al-Issa’s attack. “Try to always choose a location where it is hard for those gathered to find shelter, hide, or escape. Do this to ensure that the largest number of people are killed,” said the magazine, before adding that a lone wolf preparing for the operation should be ready and determined to engage in clashes with the “police or the enemy” and to never surrender.

AQAP carried out the massacre on the Charlie Hebdo staff in Paris:

The timing is interesting. What has changed between 2017 and now to make al-Qaeda think that it’s safe to start calling for the murder of Americans again?

The answer to that question is clear, and it’s sitting in the Oval Office right now. Anyone whose mind isn’t completely clouded over with Leftist propaganda is aware that Biden’s handlers’ administration projects weakness to the world, and that weakness is an opportunity for al-Qaeda, the Islamic State, and other jihadis the world over, including those who are running the Islamic Republic of Iran.

Hassan Danaeifar, the Islamic Republic of Iran’s former ambassador to Iraq, recently crowed about this weakness, and the opportunity it afforded to the enemies of the beacon of the free world: “I believe that that current president is not a two-term president. He is a president who cannot make decisions.  And there is no doubt whatsoever that Iran and al-Qaeda and others will be taking advantage of Biden’s handlers’ weakness in order to advance their goal of destroying the United States.

The new issue of Inspire envisions Muslims in the United States helping further that goal by mounting lone wolf jihad attacks that ultimately overburden law enforcement and intelligence services and bring about their collapse. Entitled “Praise and Guidance,” the issue assumes that jihad is not the inner spiritual struggle of establishment media myth. It is, rather, warfare against non-Muslims that is a religious duty for all Muslims “with strength and ability, until the U.S. stops its oppression against Muslims, stop supporting the occupier Jews who are oppressing our brothers in Palestine, and stop all its intervention in Muslim countries.”

The issue also pays homage Al-Issa as a warrior of jihad and calls on Muslims to “follow his path in carrying out attacks against the American enemy, whether inside its homeland, which is preferred, or outside.” It points out that Al-Issa was a Syrian migrant to the United States, which suggests that more jihadis should take advantage of Biden’s handlers’ open-borders policies to get into this country and start killing.

Once again, al-Qaeda is calling for lone wolf attacks on Americans