Forty-nine years after the 1972 massacre of Israeli athletes at the Munich Olympics, Friday’s opening ceremony for the Tokyo 2020 Olympics included, for the first time, an official commemoration of those who died in the terror attack. The Israeli delegation that was killed at the Munich Games was specifically mentioned. A moment of silence was offered inside the stadium, alongside a dance performance honoring the dead. 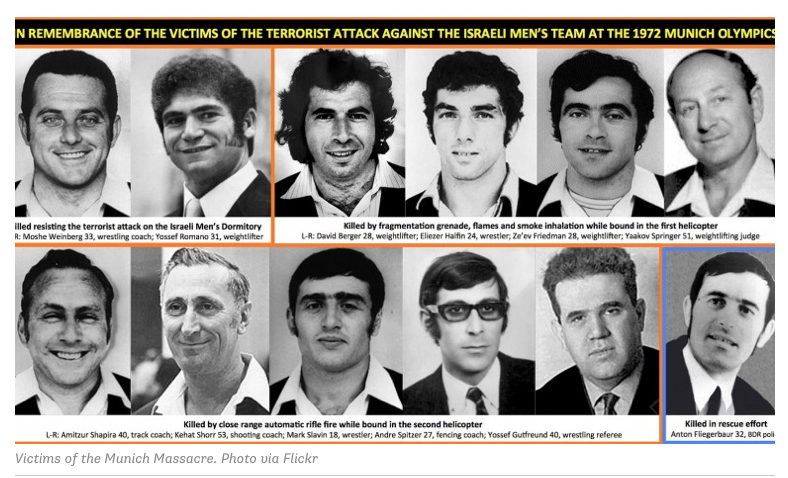 TimesofIsrael “In particular we remember those who lost their lives during the Olympic games,” the announcer said. “One group still holds a strong place in all our memories and stands for all of those we have lost at the games: the members of the Israel delegation at the Olympic Games Munich 1972.”

The 1972 attack at the Munich Olympics saw 11 Israeli athletes murdered by the Black September Palestinian terror group. Two of the Israelis were murdered in the Olympic Village. The Palestinian terrorists kidnapped another nine and demanded the release of hundreds of Palestinian prisoners, as well as two prominent West German leftist militants.

After a failed attempt by German security forces to retake the hostages, the Palestinians turned their weapons on the Israelis, killing them all.

Widows Ankie Spitzer and Ilana Romano were at Friday’s ceremony. 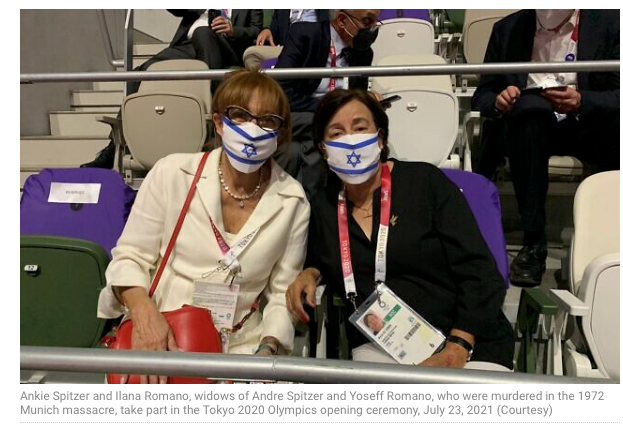 “Finally there is justice for the husbands, sons and fathers murdered at Munich,” the two said in a joint statement. “We went through 49 years of struggle and never gave up. [We] cannot hold back our tears. This is the moment we’ve waited for.”

With two widows of the victims and several Israeli team members looking on, Bach said then that the Munich massacre “was an attack not only on our fellow Olympians but also an assault on the values that the Olympic Village stands for.” 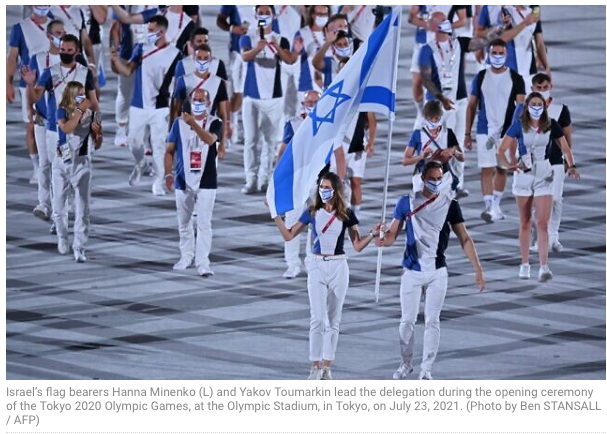 “Today, for the first time at the Olympic Games, there was an official commemoration for the massacre of the 11 members of the Israeli delegation to the Munich Olympics. I applaud this important historic moment,” he said. “May their memories be a blessing.”