ONCE AGAIN, authorities in Spain’s autonomous city of Melilla said that 238 illegal alien African Muslim invaders have made it into the North African Spanish enclave after climbing over fences separating it from Morocco. 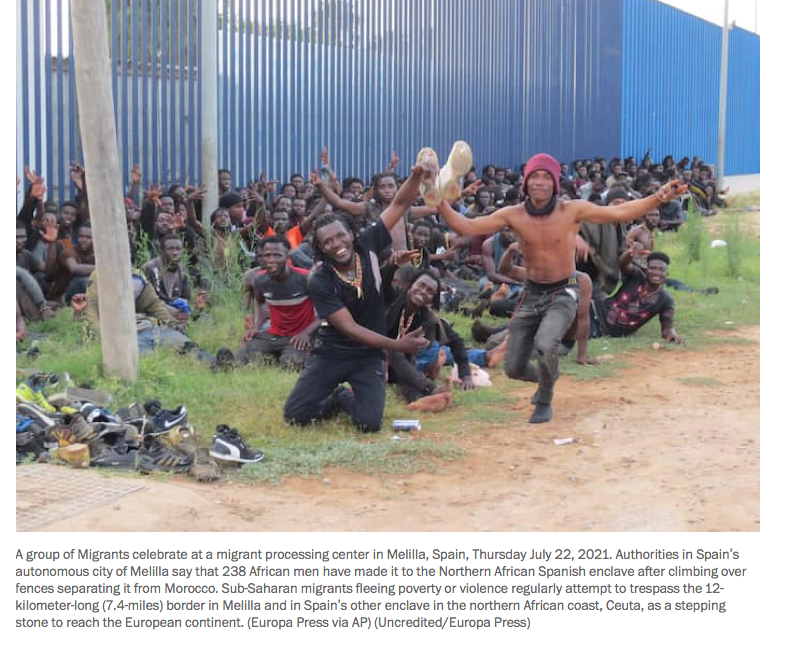 Washington Post (h/t Martin) Sub-Saharan migrant-wannabes looking for free handouts regularly attempt to force their way over the 12-kilometer-long (7.4-miles) border in Melilla and in Spain’s other enclave in the northern African coast, Ceuta, as a stepping stone to reach the European continent. The illegal migrants, ALL military-aged young men, often attempt to cross in large groups to surprise police agents on both sides of the fences.

In one of the largest attempts in recent months, more than 300 Sub-Saharan men tried to cross in the early hours of Thursday, according to a statement from the Spanish government’s delegation in Melilla, a city of 84,000 residents.

It said the invaders were carrying hooks to climb the fences and that three Spanish Civil Guard officers were slightly injured when they tried to stop the migrants.

Migrant pressure on the Melilla border has increased recently, with at least five attempts to cross since May, after thousands of people forced their way into Ceuta, some 400 kilometers (250 miles) to the west.