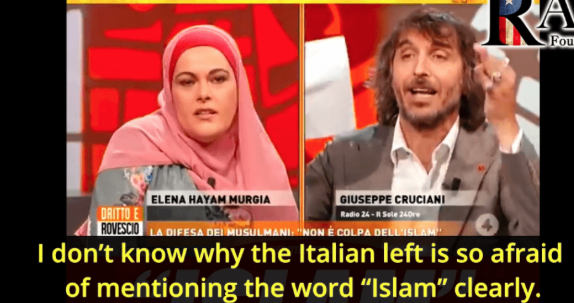 RAIR Foundation   Cruciani specifically references the recent killing of 18-year-old Saman Abbas, a Pakistani Muslim living in Italy who was murdered by her parents and extended family after refusing an arranged marriage to her cousin in Pakistan. The journalist also discussed the 2006 killing of Sanaa Dafani, a Pakistani girl living in Italy whose father killed her for “acting like a Christian, and not like a Muslim.”

In addition, he referenced the left-wing reluctance to identify “honor” killings as Muslim crimes authorized by their religion. As the journalist points out, “in no other religion besides Islam are women treated in such a manner.”