Radical Muslim lawmaker Ilhan Omar (D-MN) likes to call herself a ‘Democrat Socialist,’ but her ideas  are nothing less than Communist/Fascist. Omar not only is calling for a Universal Basic Income of $1200 a month for Americans, but for illegal aliens. as well. 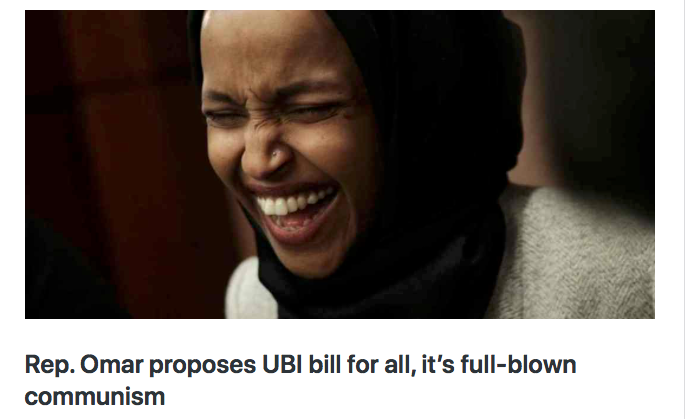 Independent Sentinel The only way that works is if the government confiscates everyone’s income through wealth redistribution and high taxation and then spreads it out. In other words, it’s communism with a Central Government in charge of every aspect of your life and your money.

Illegal aliens, who pay no taxes, would be eligible for this program. 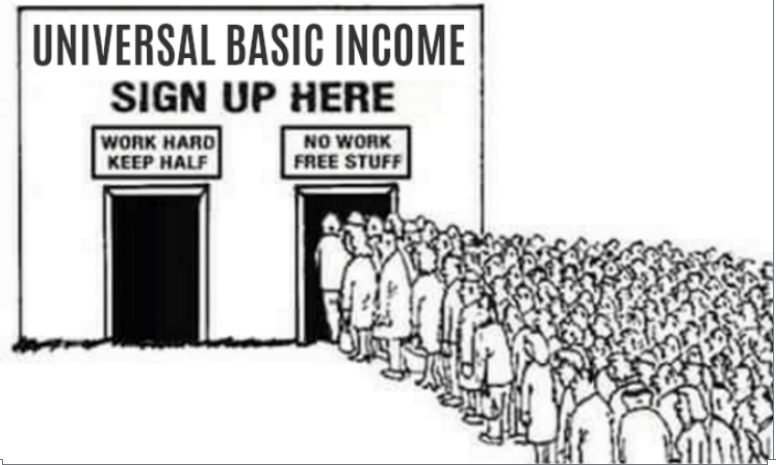 The plan would have its own centralized banking system through the postal service for “unbanked, underbanked, and individuals experiencing housing instability” to receive payments.

These new Communists have no concept of money or its limits. Many say they don’t care if the country collapses, it will allow them to implement their full communist modal.

Income isn’t the only thing Omar wants to make universal:

Fellow “squad” members have made similar demands, with Reps. Rashida Tlaib of Michigan and Ayanna Pressley of Massachusetts calling for universal health care.

“Poverty is a choice. For too long we have prioritized endless growth while millions are homeless, hungry or without healthcare,” Omar said in a statement, per HuffPost. “We as a nation have the ability to make sure everyone has their basic needs like food, housing and healthcare met.” (Business can’t find workers now as it is, thanks to Biden’s unemployment program which pays people not to work. Imagine what UBI would to the workforce)

A study published by Public Services International has cast major doubt over the impact that a universal basic income (UBI) scheme will have on eradicating poverty and raising living standards.