And, of course, it is the far-left Trudeau government  that gets to deem what is harmful. If passed, bloggers and social media users will be targeted for speaking the truth about Islam. Say goodbye to sites like BNI in Canada.

LifeSiteNews— Canada’s Federal government released plans Thursday to create a “Digital Safety Commissioner” who would have the power to shut down websites deemed a threat to “democracy,” and to promote content deemed “harmful.”

Groups  like ‘Never Again Canada’ which fights anti-Semitism, especially Islamic anti-Semitism would be banned under this law,

Last October, Never Again Canada endorsed Faith Goldy when she ran for mayor of Toronto, writing, “Make sure you Vote for FAITH … We need strong Leadership in Toronto to Save it from the Corrupt Liberals and the Creeping Sharia Law.”

Goldy, along with other groups and public figures who “spread hate, attack or call for the exclusion of others,” was banned from Facebook last week. 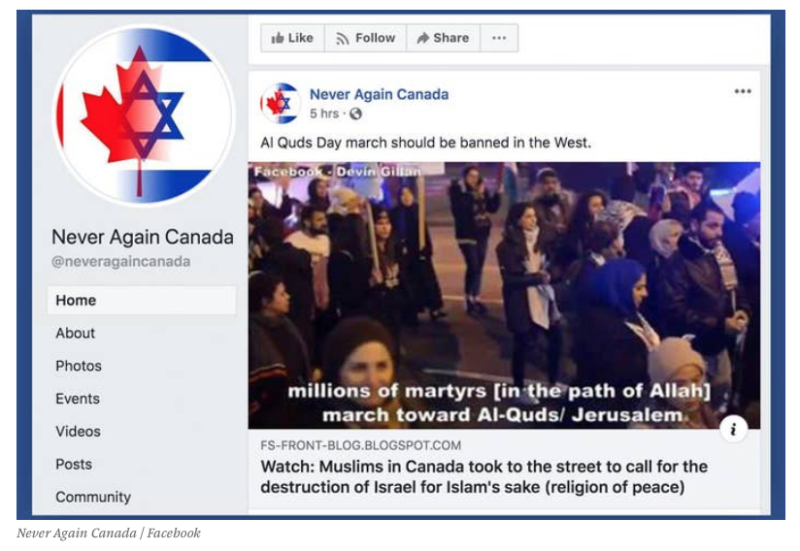 “Canadians expect their government to take action against serious forms of harmful content online. We need to create new rules for social media platforms and online services to address harmful online content and hold individuals accountable, while respecting the importance of freedom of expression in a free and democratic society,” (cannot have both) said Minister of Justice and Attorney General of Canada David Lametti in a press release regarding the government launch of a “public consultation on a proposed approach for promoting a safe, inclusive and open online environment.”

According to the government, the “Digital Safety Commissioner” would be tasked with overseeing and enforcing a new set of rules to regulate online media.

The new rules would be based on a new piece of legislation to be introduced “in the fall of 2021,” as well as on Bill-36, which was introduced in June, according to the discussion guideabout the proposed changes.

The new rules would also give the government the power to shut down websites within “24 hours” of being flagged for having allegedly “hateful” content.

National Observer Websites like the National Conservative News Network Canada would be on the chopping block under this law. In between the political memes and links to mainstream websites are posts warning of Sharia law taking root in Canada, encouraging Canadians to become more Islamophobic, denouncing diversity as a “weakness” and promoting conspiracy theories about everything from the Notre Dame fire and the Muslim Brotherhood to George Soros and so-called “white genocide.” 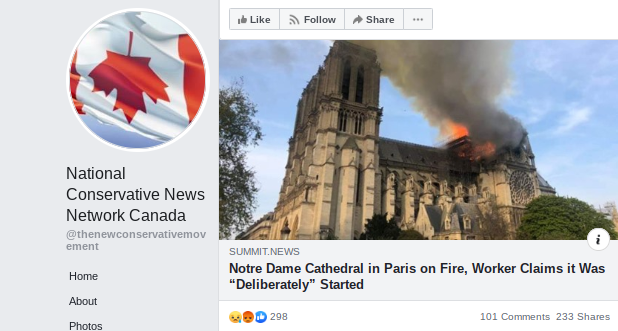 “Once platform users flag content, regulated entities would be required to respond to the flagged content by assessing whether it should be made inaccessible in Canada, according to the definitions outlined in legislation. If the content meets the legislated definitions, the regulated entity would be required to make the content inaccessible from their service in Canada within 24 hours of being flagged,” reads the discussion guide regarding the new proposed rules.

The bill is titled “An Act to amend the Criminal Code and the Canadian Human Rights Act and to make related amendments to another Act (hate propaganda, hate crimes and hate speech).”

Conservative opinion writer Spencer Fernando gave a scathing review of Bill C-36 in a report he posted today: “With Bill C-10, and now Bill C-36, there can be zero doubt that the Trudeau Liberal government is engaged in an attack on your freedom of expression.”  According to Fernando, Bill C-36 is “incredibly dangerous, goes against Canada’s values, and must be stopped.”

Canada banned hate speech in 1970, but Bill C-36 includes text to amend Canada’s Criminal Code and Human Rights Act to define “hatred” as “the emotion that involves detestation or vilification and that is stronger than dislike or disdain.”

If passed, the bill would theoretically allow a tribunal to judge anyone who has a complaint of online “hate” leveled against them, even if he has not committed a crime. If found guilty, the person would be in violation of the new law and could face fines of up to $70,000, as well as house arrest.

The Digital Safety Commission would also able in “exceptional” cases to apply for a Federal Court order to force telecom service providers to block or filter content. Those cases would involve services in Canada that have “repeatedly refused to remove child sexual exploitation and/or terrorist content,” the discussion paper said.

Geist said the implications of that provision are “enormous, raising the likelihood of creating a country-wide blocking infrastructure within all ISPs with the costs passed on to consumers in the form of higher Internet and wireless bills.”