On a map put out by the Association of Statisticians of American Religious Bodies, Florida, a historically heavily Jewish state, is now showing there are more Muslims than Jews in the state.

LibertyUnyielding Historically, Florida has not been a heavily-Muslim state. Back in 2012, only 0.1% of Florida’s population was Muslim, far lower than the national average, which was 0.6%. Far more Muslims live in states like Illinois, Virginia, and New York, than in Florida. By contrast, Brandeis University says there are about 700,000 Jewish adults in Florida — over 4 percent of Florida’s adult population.

Islam is shown in dark green: Judaism in pink: 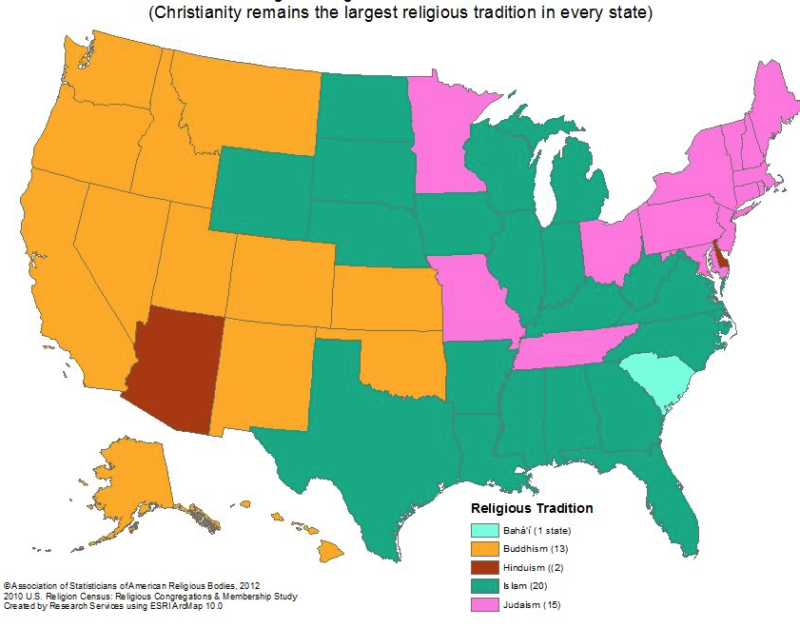 If this map is correct, Judaism is the second most common religion in the northeast. And in much of the south, there are appear to be be many more Muslims than Jews. And as the statistics from the FBI show (most recent is 2019), there are a lot more anti-Jewish hate crimes than anti-Muslim hate crimes.