On July 19, sheriff’s deputies arrested Muhammad Arslan Afzal, 30, after he reportedly sexually assaulted a young woman inside his vehicle, while driving for ride-sharing giant, Uber.

IllegalAlienCromeReportWhile the assault took place in May and was reported at that time, because of the trauma, the victim has only recently been able to speak to investigators in detail about the ordeal, according to court documents.

WSOC reported: According to investigators, the driver stopped his car on the shoulder of Interstate 540 near Knightdale early on May 9 and asked his passenger to move to the front seat to help him with his GPS. The driver then sexually abused the woman before eventually dropping her off and quickly fleeing, states a police report.

Afzal (below) has been charged with kidnapping, attempted forcible sex offense, indecent exposure and sexual battery. 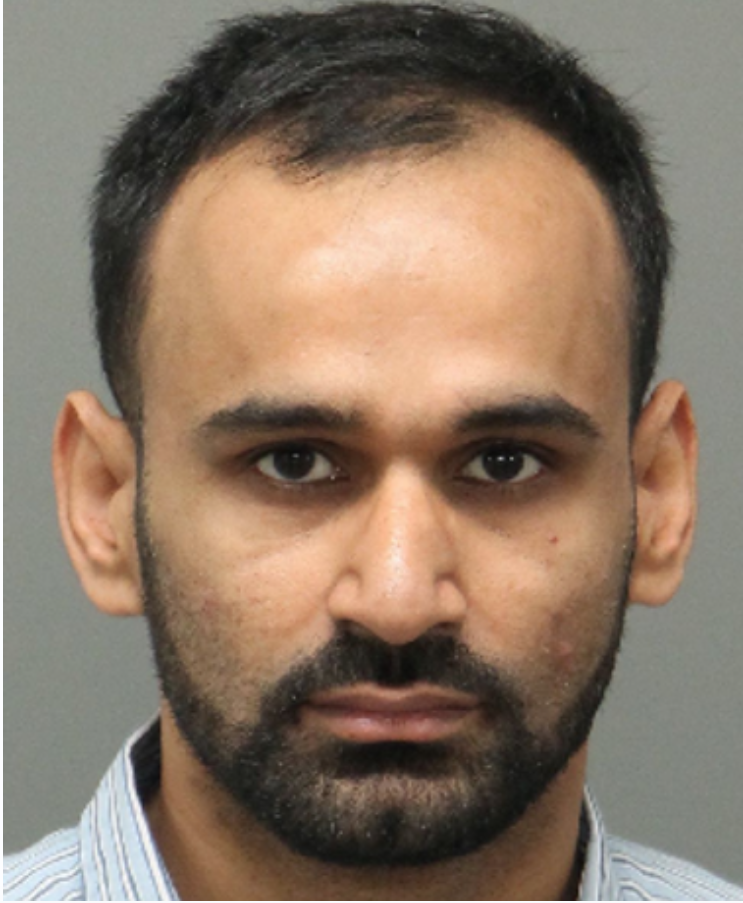 *Both so-called “rideshare” services, Uber and Lyft, have a history of hiring illegal aliens, along with many “migrants” from countries whose cultures often treats women and children as nothing more than property. Not surprisingly, at least 395 women were sexually assaulted as a result of using both of the popular ridesharing services between 2013 and 2018, according to the watchdog website “Who’s Driving You?”

In 2017, the state of Colorado actually fined Uber $8.9 million for allowing people with criminal convictions to work as drivers.

BEWARE! There are countless horror stories about Ride Share services like UBER and LYFT that employ Muslim drivers

Next time you book an UBER car, be sure to request a non-Muslim driver

UBER is not “doing enough to protect women from its Muslim drivers,” assault victim charges in lawsuit

Especially if you are a non-Muslim woman, never book a ride with Uber

SERIOUSLY, ladies…how many incidents like this do you have to see before you refuse to get into a car with a Muslim driver you don’t know?

Are you sure that Muslim driving the Uber car you just ordered isn’t a terrorist?

WISCONSIN: Yet another woman sexually assaulted by a Muslim (apparently, a Somali Muslim) driver for LYFT

CALIPHORNIA: MUSLIM UBER driver accused of raping a female passenger, 21, is believed to have raped even more victims

UK POLICE OFFICER “fought for his life as he grabbed samurai sword being brandished by Muslim Uber driver, yelling ‘Allahu Akbar’ outside Buckingham Palace” in August 2017, the jury heard