The U.S. Senate’s recent confirmation of Zahid Quraish (below) as America’s first Muslim federal judge to a lifetime position on the District Court of New Jersey raises some concerning questions. 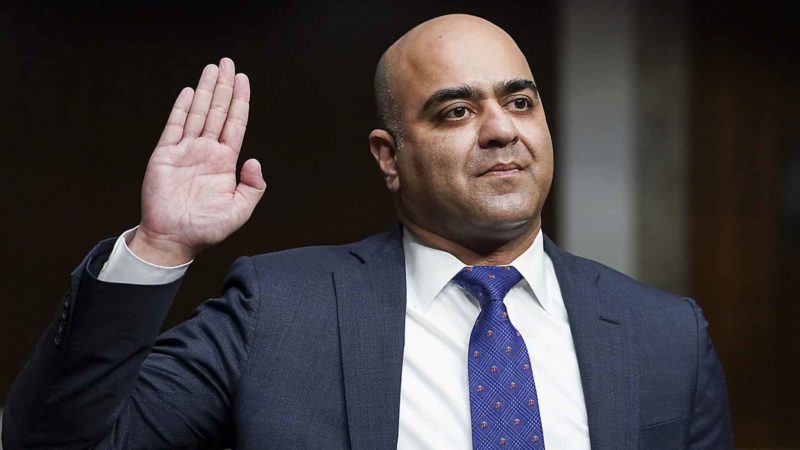 FrontpageMag First and foremost, there is the question of his faith. Does it matter if Zahid Quraishi is a Muslim? The Left would, of course, maintain that raising the Muslim identity of Quraishi is racist, bigoted and “Islamophobic.” But those who understand the reality of Sharia – and the fact that Islam is not a race — understand that this matter is more complicated than what might first meet the eye.

It is vital to understand that in Islam, Allah’s Law is supreme for Muslims, above all other laws and legal systems. And that poses a problem for America when Islam resides on its territory, because Sharia is completely incompatible with the U.S. Constitution and the foundations of a free society.

What makes the matter even more peculiar is that when one pulls up Quraishi’s questionnaire answers for the Senate Judiciary Committee, one finds that he is mentioned as a “Muslim” many times in his “Honors and Awards” list. So Quraishi is praised, rewarded and held in acclaim by the Muslim community for his achievements in light of his Muslimness, but he personally doesn’t know anything about Islamic law at all?

According to Cyrus, an American judge who follows Muhammad’s example can take an oath to uphold the U.S. Constitution, and not really mean it. In fact, Muhammad instructs such a judge exactly what to do in this situation: “if I take an oath and later find something else better than that, then I do what is better and expiate my oath.” (Bukhari 5518) The supremacy of Islamic Law over all other laws still applies today.

With all these realities in mind, it is clear that if we cannot at least ask Judge Zahid Quraishi some questions regarding his adherence, or non-adherence, to Islamic law, or even understand that the issue of Quraishi’s Muslimness is an important one to address, then America is in deep trouble.