There is no honest way to recognize the 20th anniversary of the deadliest terror attacks ever carried out on American soil without acknowledging the underlying ideology that drove Muslim terrorists to fly hijacked jetliners into buildings.

BizPacReview With the ongoing shutdown of free speech and the whitewashing of history by the left and the cultural cleansers in the media, it has become impermissible to mention that the 9/11 terrorists were fueled by the hatred of western civilization espoused in the radical Islam embraced by the murderous disciples of Osama bin Laden. Violators face accusations of racism and worse.

One liberal however defied the orthodoxy of a political left that shares the rejection of many western values with those who killed over 3,000 innocent people that day. Tulsi Gabbard, the former Democratic congresswoman from Hawaii, rattled cages when she took to Twitter with a reminder of exactly what ideology served as the inspiration for the attacks. 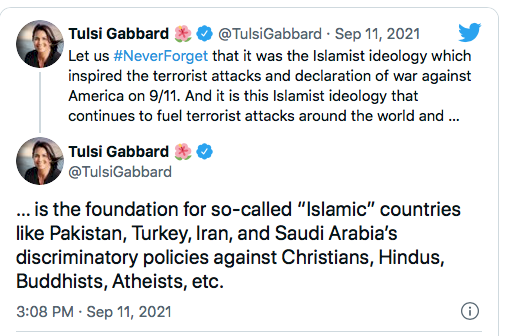 Gabbard happens to know a thing or two about the subject, she served as a member of the Hawaii Army National Guard in Iraq during the bloodiest days of the war on terror following the attack on America.

Tulsi’s truth bomb led to leftists hissing like vampires doused in holy water and they took to Twitter to gnash their teeth in a fit of fury. 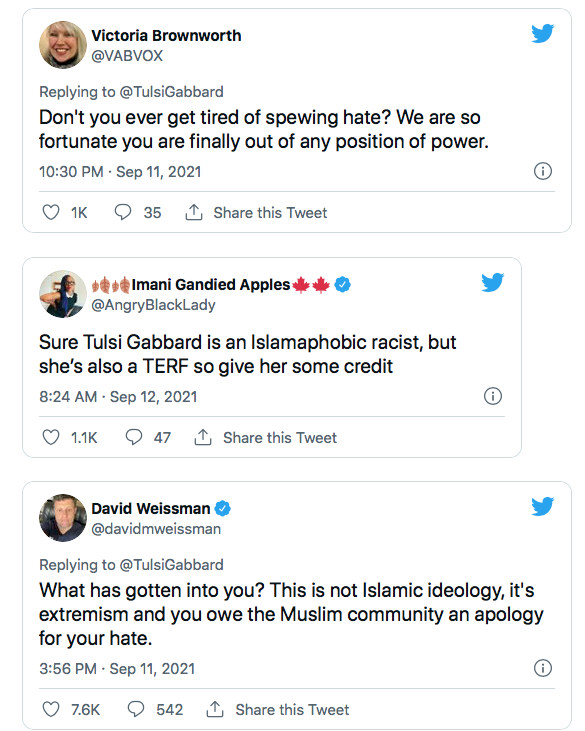 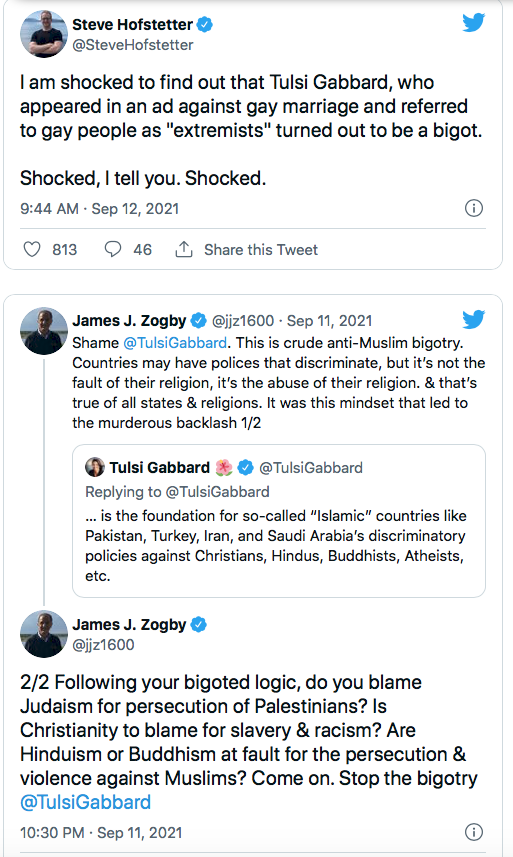 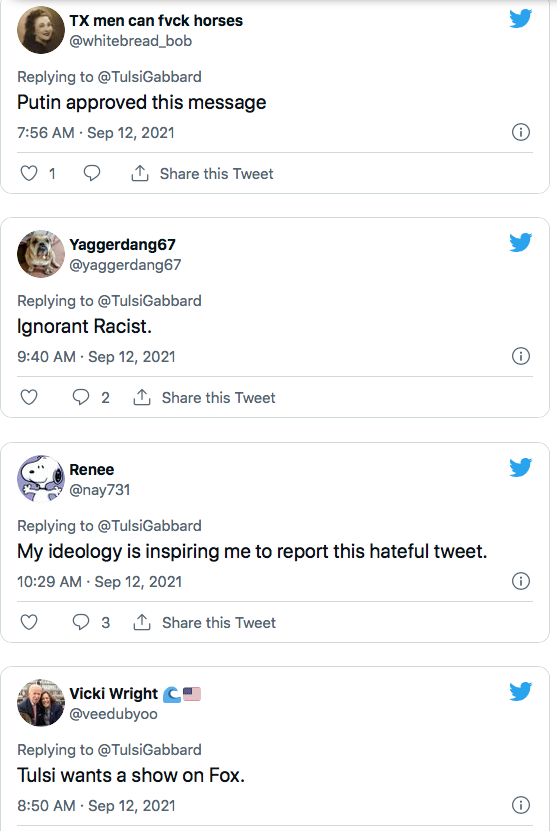 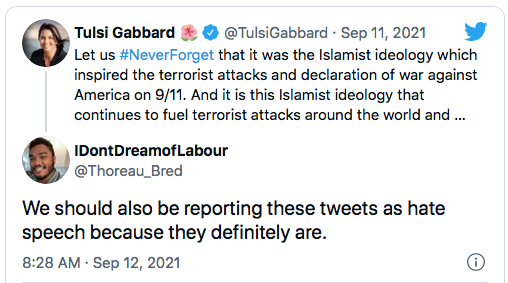 The Democrat’s once-promising political career was torpedoed for both her criticism of what she believed were misguided U.S. policies, and also for her epic takedown of Hillary Clinton, a rebuttal after the embittered sore loser of the 2016 election insinuated that she was a pawn of Russian President Vladimir Putin.

In a now-legendary series of tweets, Gabbard took a flamethrower to Mrs. Clinton who she called “the queen of warmongers, embodiment of corruption, and personification of the rot that has sickened the Democratic Party for so long,” after Hillary’s smears. 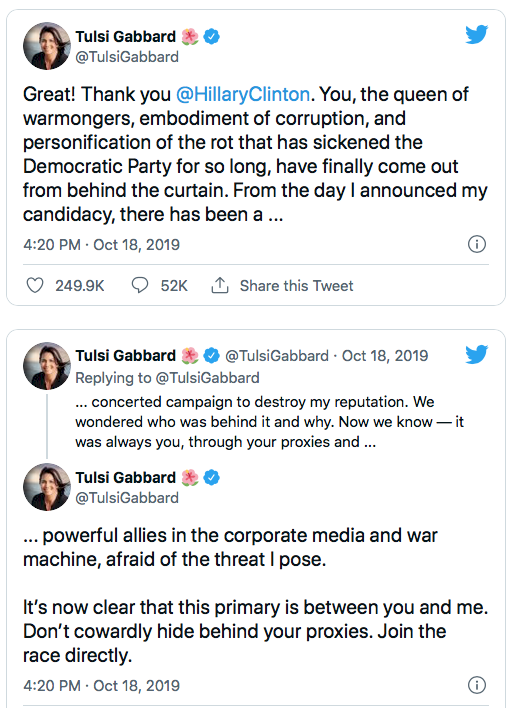 Regardless of how much that the media and the left try to hide the truth, America is going to soon get reacquainted with radical Islam after Biden’s surrender to the Taliban put Afghanistan back in the terrorism business and emboldened those who hate us for our way of life and who are chafing at the bit to carry out a sequel to 9/11.