Last week, Taliban spokesman Suhail Shaheen said high-level Taliban officials were assured of humanitarian aid for the Afghan people while meeting with the UN undersecretary-general for humanitarian affairs in Kabul, as they vowed to change their ways and support women’s rights, under Islamic law. (‘Islamic law’ being the operative word here) 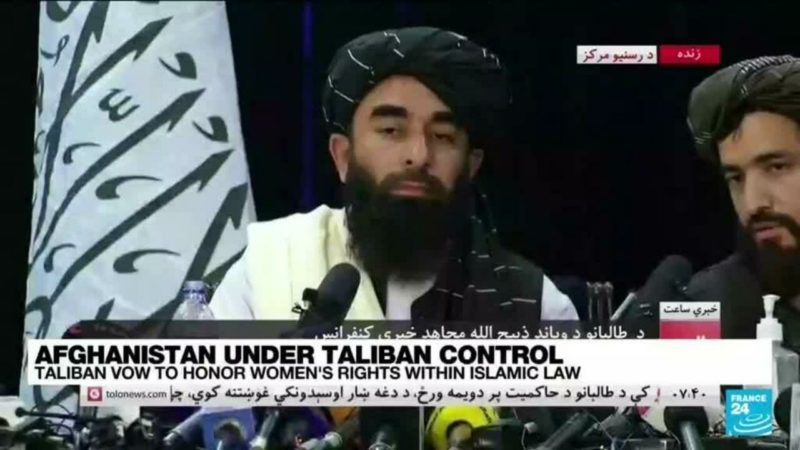 But it didn’t take long for U.N. human rights chief Michelle Bachelet to “accuse the Taliban of breaking promises by once more ordering women to stay at home rather than go to work, keeping teenage girls out of school, and persecuting former opponents,” Reuters reported.

The Taliban initially vowed to form an inclusive government and grant amnesty to former opponents, but U.N. News has since reported that they “have beaten Afghan journalists, violently dispersed women’s protests and formed an all-male government despite saying initially they would invite broader representation.”

With foreign aid drying up in the face of Islamic militants now running the country, Reuters nevertheless reported that the U.N. “urged the world on Monday to raise $606 million for Afghanistan, where poverty and hunger are spiraling since the Taliban took power.”

In what some may consider as adding insult to injury, the London-based news agency said the US, under President Biden, “pledged nearly $64 million in new humanitarian assistance at the conference.”

The U.N. is hosting a high-level donors conference in Geneva to secure funding for Afghanistan, with U.N. Secretary-General Antonio Guterres insisting that Afghans are facing “perhaps their most perilous hour.”

Guterres suggested that food supplies could run out by the end of this month, which would leave 14 million people on the brink of starvation, according to the World Food Programme. About half the population, 18 million people, depends on aid.

The newspaper cited German Foreign Minister Heiko Maas as one of those speaking about the world having a “moral obligation” at the conference. Maas said Germany would be “significantly stepping up” its humanitarian aid to the country, but added, “We demand from the Taliban that they respect basic human rights, particularly the rights of women and girls.” (Even though they know that will never happen)

Meanwhile, this is how the Taliban are “respecting women’s rights.”

#Taliban flogging a screaming women, just because they can. They world says they have changed. They only change is more brazen brutality.#TalibanTerror #Afghanistan #AfghanWoman pic.twitter.com/vK83azSJT2