A Washington state high school canceled a planned tribute to honor the victims of 9/11 on the 20th anniversary of the terrorist attack because it would cause “offense” to “some” people, according to reports. 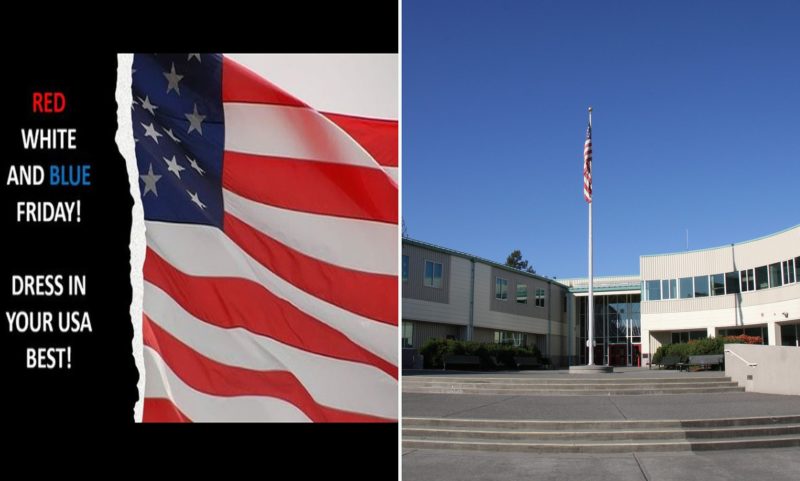 FOX News  Students at the Eastlake High School in Sammamish in Washington state wanted to mark the 20th year since the Sept. 11 attacks by wearing red, white, and blue at a Patriot’s Day-themed football game. However, school staff called off the tribute, claiming that the event could “cause offense to some who see it differently,” according to a report.

Jason Rantz, a host on KTTH 770/94.5FM, reported that the event was canceled by an unnamed staffer at Eastlake High School in Sammamish “at the last minute.” A student told the show that he was informed that the “red, white and blue was going to be seen as “racially insensitive” (What ‘race’ is Islam?) and may affect people in a way that we will not understand and for that reason that we were to change our theme.”

NEW: Students were set to wear red, white & blue colors at their football game to honor the lives lost on 9/11.

But school staff pulled the plug.

The principal said it could “unintentionally cause offense to some who see it differently.”https://t.co/lAcE5r7N7K

The station posted a screengrab of an email from one of the school’s associate principals to a parent that said she understands the “sacrifice and values our flag represents, but I think they [school leadership] just did not want to unintentionally cause offense to some who see it differently.”

Rantz wrote that Chris Bede, the principal, and the district’s communication director did not go into specifics about who exactly would be offended by seeing the players dressed in the colors.

“Since it was not a home game, there was no opportunity to have an announcement about Patriots Day and to share why students were dressed in red, white and blue,” Shannon Parthemer, the district’s communication director, told the station.

The station reported that Bede seemed to be taken “by surprise” about the decision to call off the theme. Parthemer, who did not immediately respond to an email from Fox News, told Rantz that the decision was made by one unnamed staff member.

“I do want to clarify that schools do not have a right to ban students from wearing anything as long as it is not lewd, vulgar etc.. And the theme of red, white and blue definitely would not fit into that category,” Bede reportedly told parents. 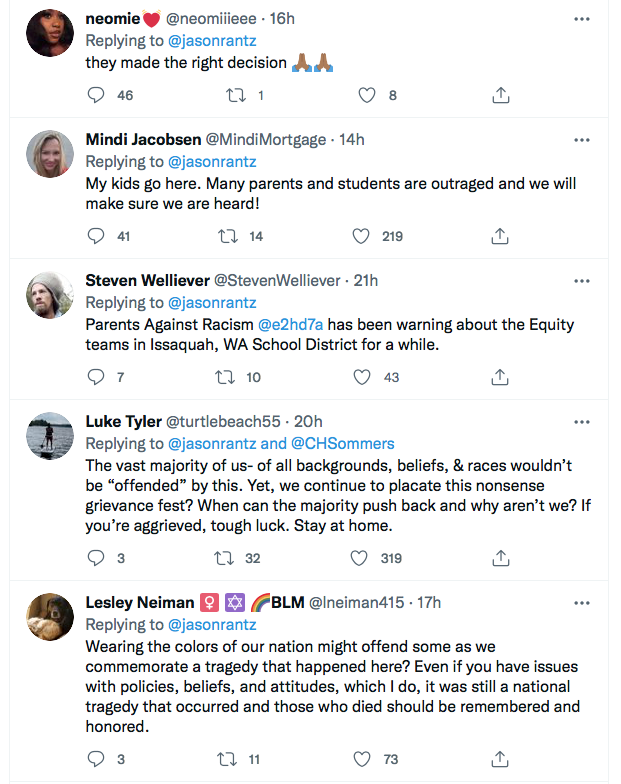 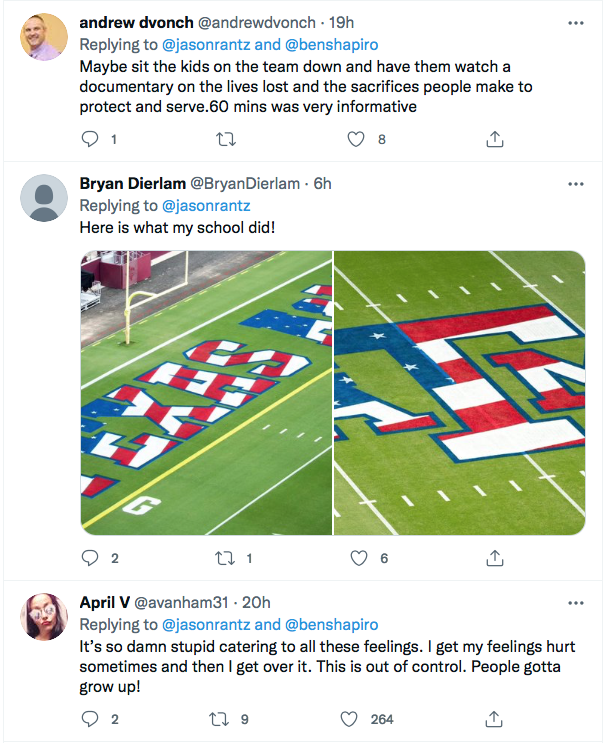 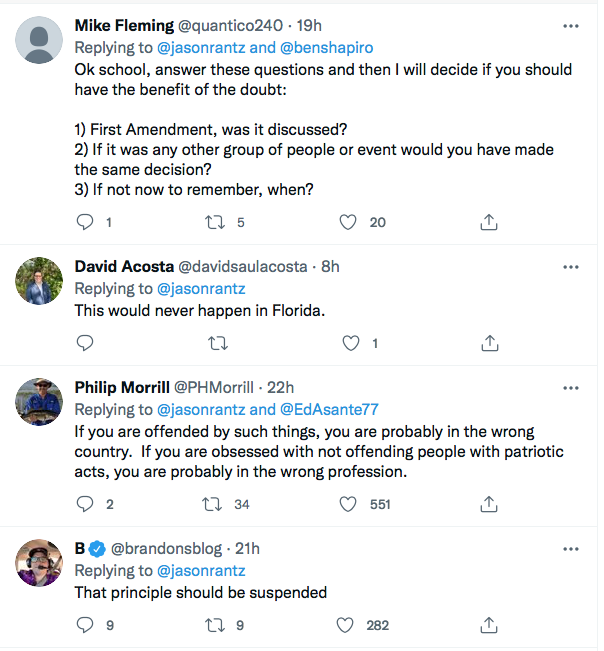 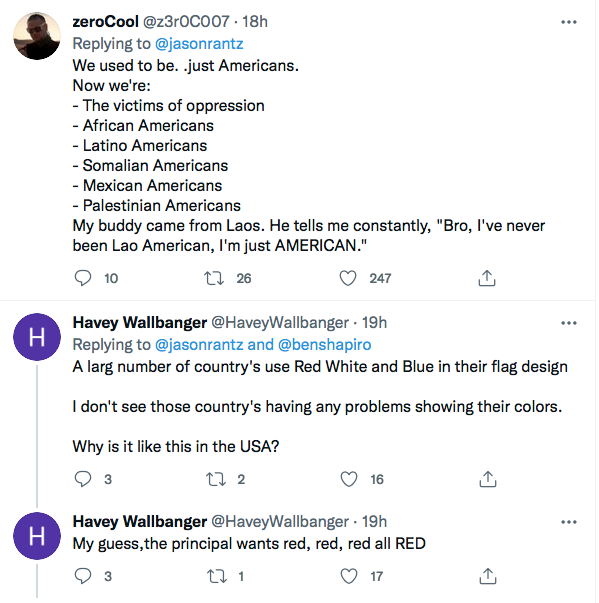 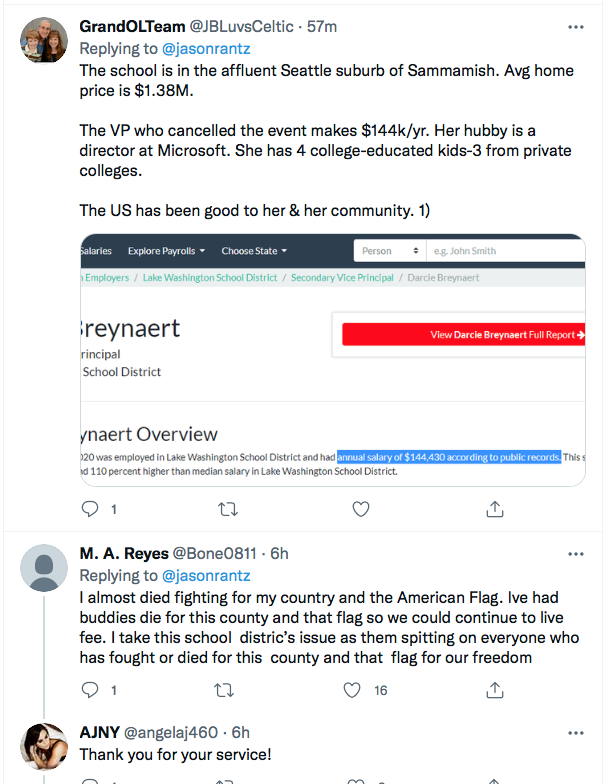 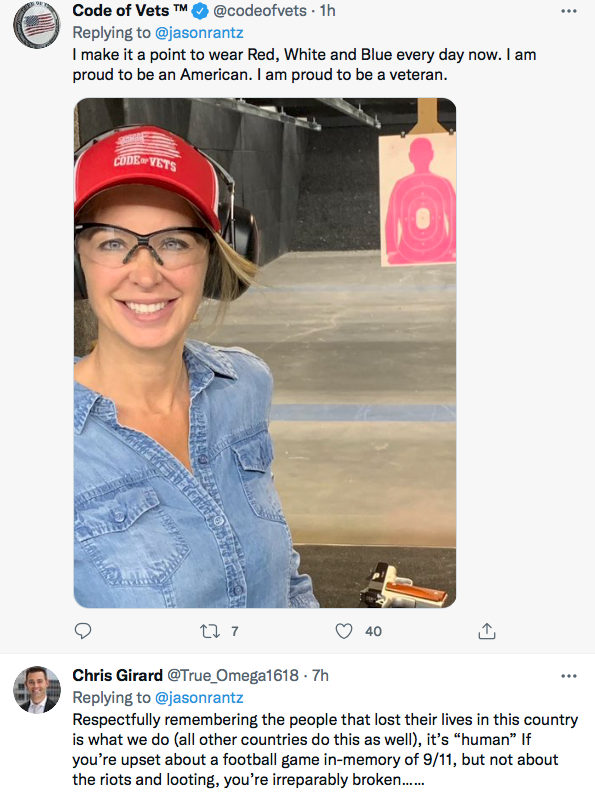 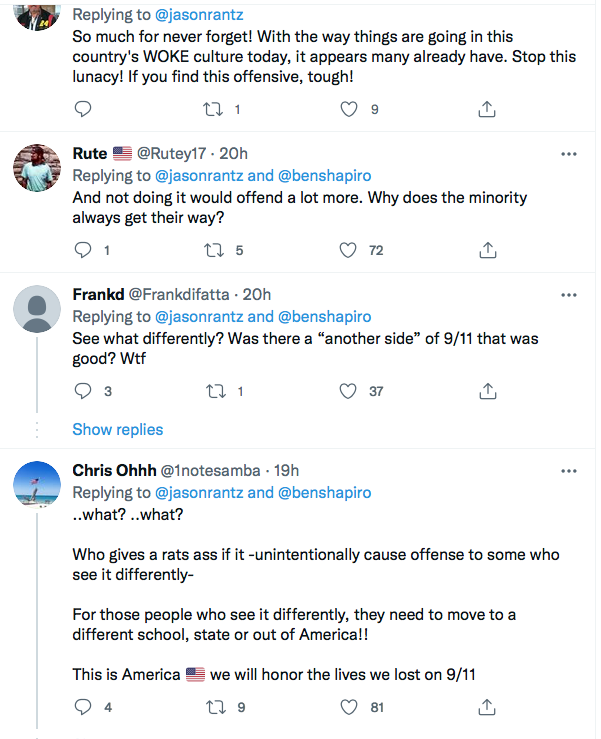 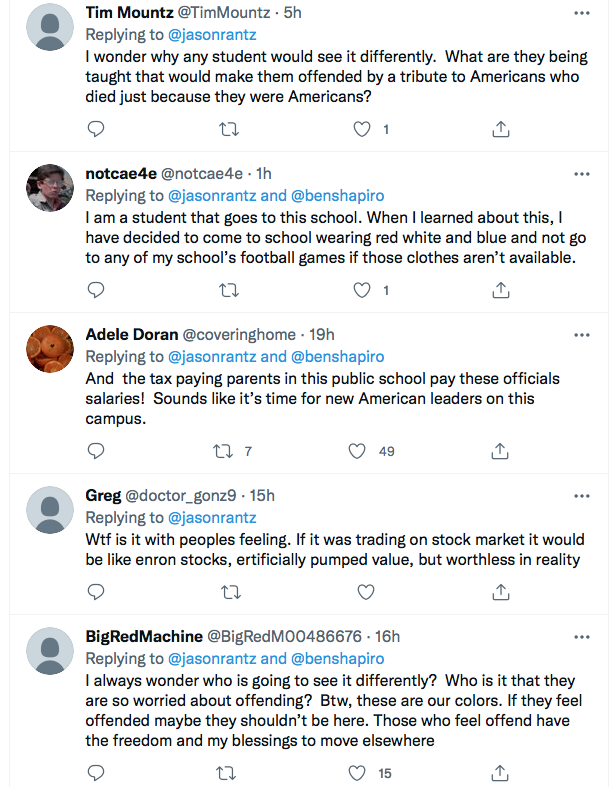 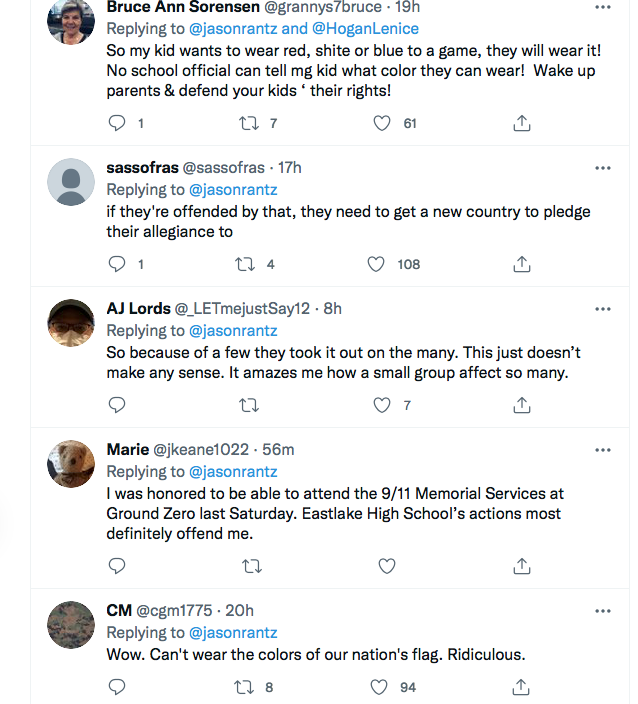 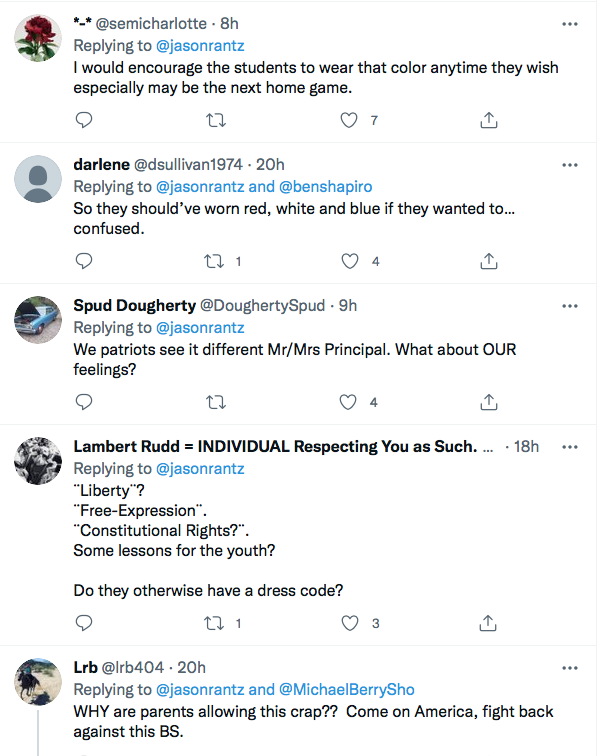 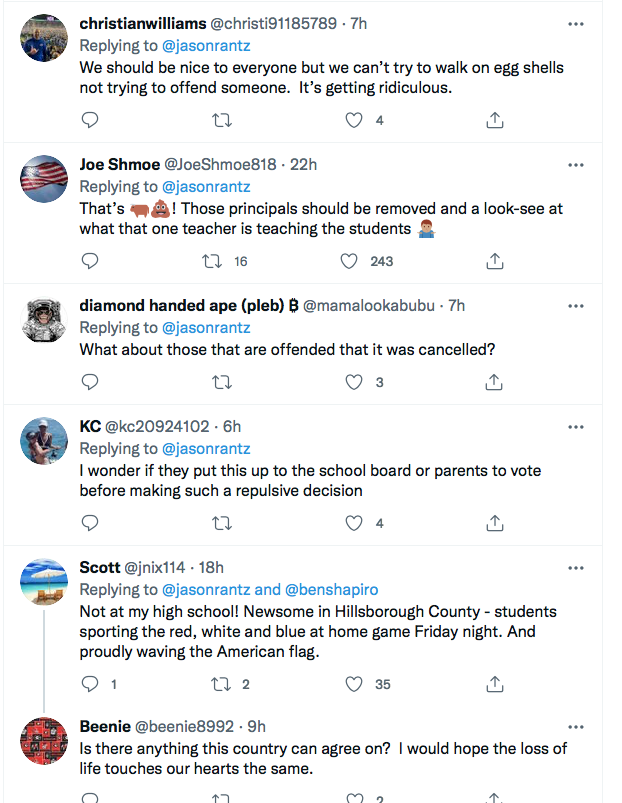 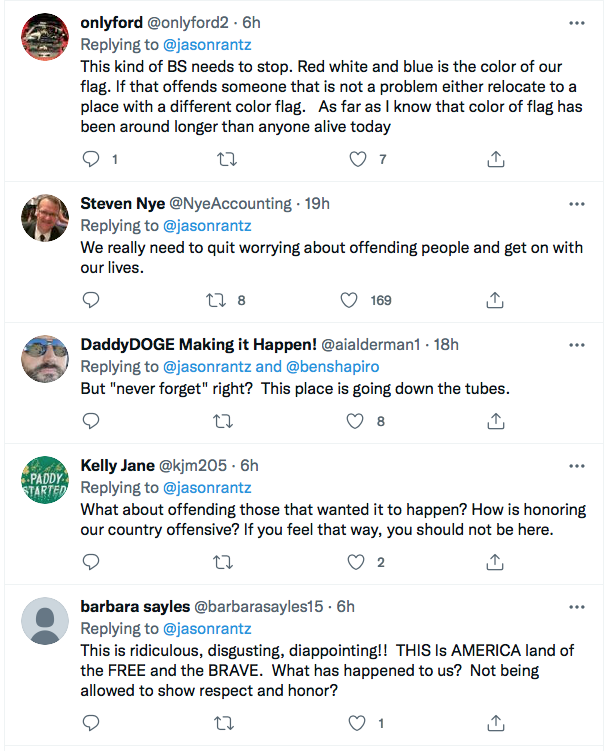