The French company Getlink, which manages the Channel Tunnel between the United Kingdom and France, is installing new barriers along the A16 motorway near Calais to stop illegal alien Muslim invaders breaking into lorries. 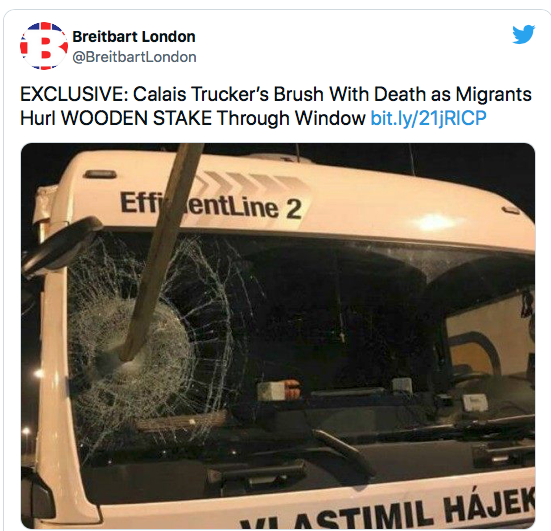 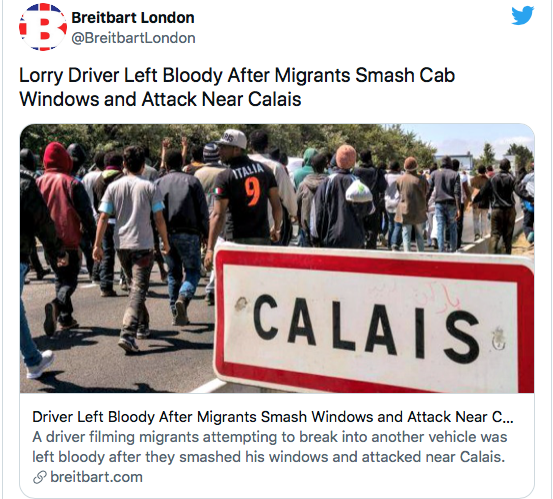 Breitbart (h/t Nita) Work on building the new barriers began earlier this week on the motorway near the commune of Coquelles in the outskirts of Calais and have been planned since at least January, when Getlink announced it would be erecting barriers similar to those already established.

“We want to prevent any accident, any drama, by preventing migrants from getting into the trucks. We want to protect them but also the truck drivers,” Getlink told French media, the EU-funded website InfoMigrants reports.

The local government in Coquelles has also praised the building of the new barriers, with the director-general of the services of Coquelles, Olivier Defaschelles stating, “It was important to bring a physical obstacle, to prohibit the passage of illegal aliens on the other side of the highway.”

The building of the new barriers comes several years after the British government helped fund similar barriers around the Channel Tunnel itself as well as areas around the local port and in industrial areas located just south of Calais.

In 2014, the British government offered the French £3 million, along with existing high-security fencing that had been used earlier that year in Cardiff during a NATO conference known as the “ring of steel”.

Illegal invaders attempting to board lorries in a bid to sneak into the United Kingdom from Calais remains a problem in the area and became a major issue in December of last year when lorry drivers were reportedly overwhelmed with illegals trying to board their vehicles.

In November, an illegal migrant was killed on the A16 while trying to cross the busy motorways, and just weeks later a 57-year-old lorry driver was attacked by migrants after he tried to film them breaking into another lorry.

Since then Calais has remained a hub for illegal immigrants trying to reach Britain, but many have turned to attempting to cross the English Channel by boat, with 2021 seeing record high numbers of daily arrivals by this method.