Unfortunately, that doesn’t stop them from moving to Texas, not even having one of their mosques there burned down.

CAIR Designated terrorist group CAIR-Austin is demanding a hate crime investigation of a pig’s head mask and anti-Muslim sign found at an Islamic Center on the 20th Anniversary of the Muslim terrorist attacks on America on September 11th. 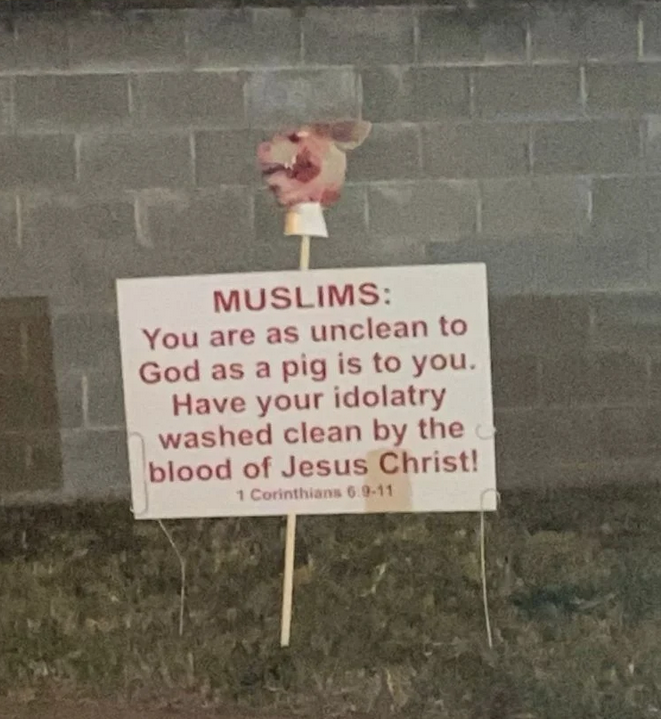 CAIR says “anti-Muslim bigots often use pigs or pork products to intentionally offend Muslims because of the Islamic prohibition on consuming pork products.” (Virtually anything offends Muslims). “We call on local, state and federal law enforcement authorities to investigate this heinous act of intimidation as a hate crime,” said CAIR-Austin Executive DirectorFaizan Syed.

On January 7, 2017, the Islamic Center of Lake Travis, an Islamic Center in Austin, was burned to the ground in what is believed to be an arson attack.