FOX9 (h/t VMS)  During his trial Noor testified he feared an ambush when Damond walked up to the squad car (unarmed and in her pajamas) and shot across his partner, killing the 40-year-old Australian woman. She had called earlier in the night to report a possible assault near her home in south Minneapolis. The jury acquitted Noor of second-degree murder, but found him guilty of third-degree murder and second-degree manslaughter. He was sentenced to over 12 years in prison.

Noor’s attorneys challenged the third-degree murder statute, arguing it did not fit the crime, but the Minnesota Court of Appeals upheld his conviction earlier this year. The state Supreme Court reversed that decision. 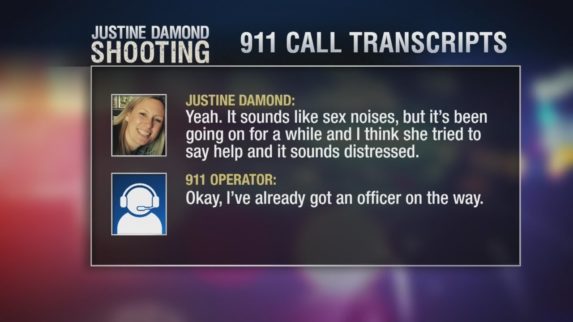 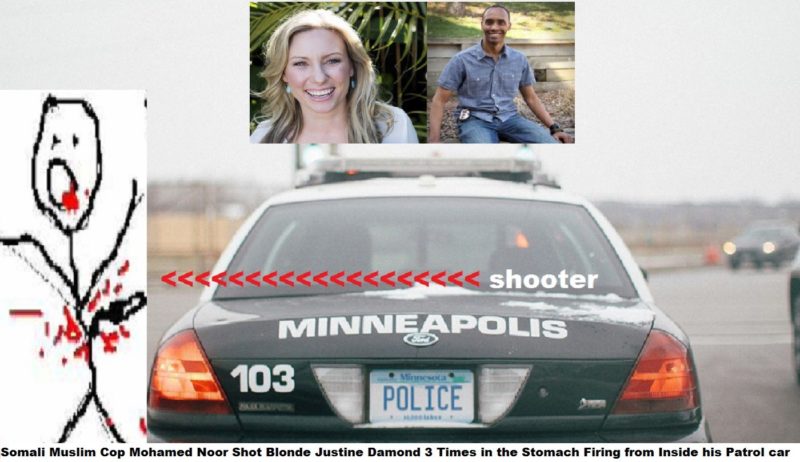 According to the state statute, third-degree murder occurs when a person, without the intent to kill, “causes the death of another by perpetrating an act eminently dangerous to others and evincing a depraved mind, without regard for human life.” The Supreme Court ruled that because Noor’s conduct was direct with particularity at Ruszczyk, he cannot be convicted of depraved-mind murder.

“The issue before us on appeal is not whether Noor is criminally responsible for Ruszczyk’s death; he is, and his conviction of second-degree manslaughter stands,” the Supreme Court wrote it its decision. “The issue before us is whether in addition to second-degree manslaughter, Noor can also be convicted of depraved-mind murder. Because conduct that is directed with particularity at the person who is killed cannot evince ‘a depraved mind, without regard for human life,’…and because the only reasonable inference that can be drawn from the circumstances proved is that Noor directed his single shot with particularity at Ruszczyk, we conclude that he cannot.” 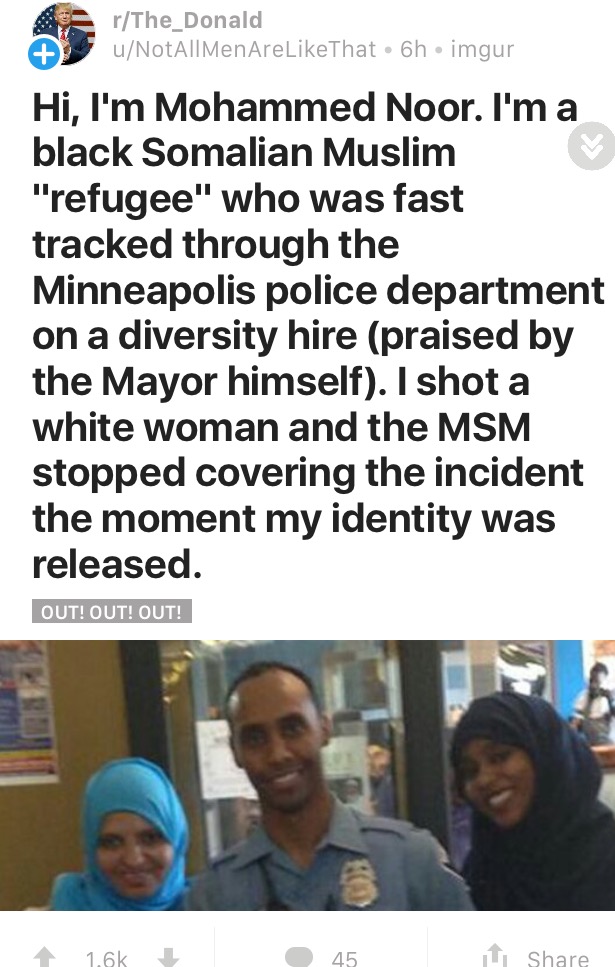 Noor’s case now goes back to the Hennepin County District Court for sentencing on second-degree manslaughter, which has a presumed sentence of four or more years in prison. With time served, he could be out of prison in the near future.

Noor’s legal team spoke to him in prison following the Supreme Court’s ruling and said he is “so looking forward to hugging his son as soon as possible.”

“We have always maintained that this was a tragic case, and we are grateful for an exceptionally well-reasoned and unanimous opinion from this state’s highest court,” Noor’s attorneys said in a statement.

Don Damond, Justine’s fiancé, released a statement stating he was “deeply saddened” by the ruling to overturn the third-degree murder conviction. 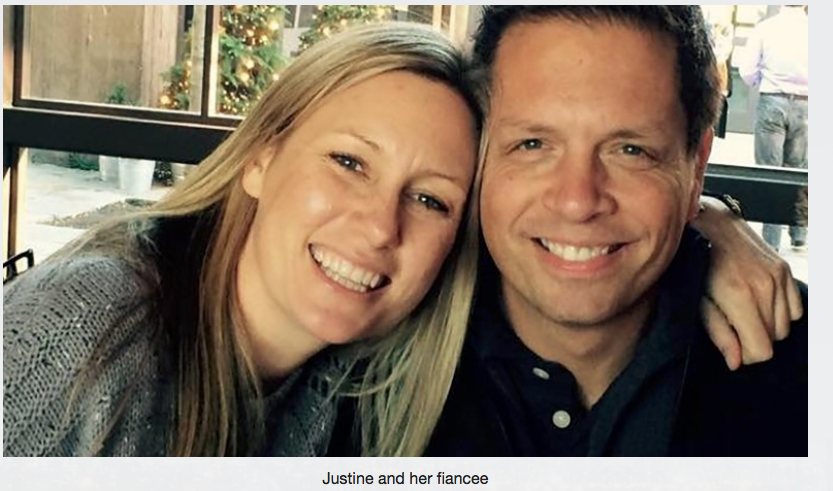 “In many ways, this has felt like a double blow against justice,” read the statement. “My hope and work since Justine’s death has been to try to prevent a further loss of life at the hands of stressed and inadequately trained police officers.

The Minneapolis Police Department has not made any meaningful progress towards transformation. And now Noor is not being held accountable for killing my fiancé, an innocent person who called police from our home to report a female in distress. I have lived with the tragic loss of Justine and none of this can hurt my heart more than it has been, but now it truly feels like there has been no justice for Justine.” 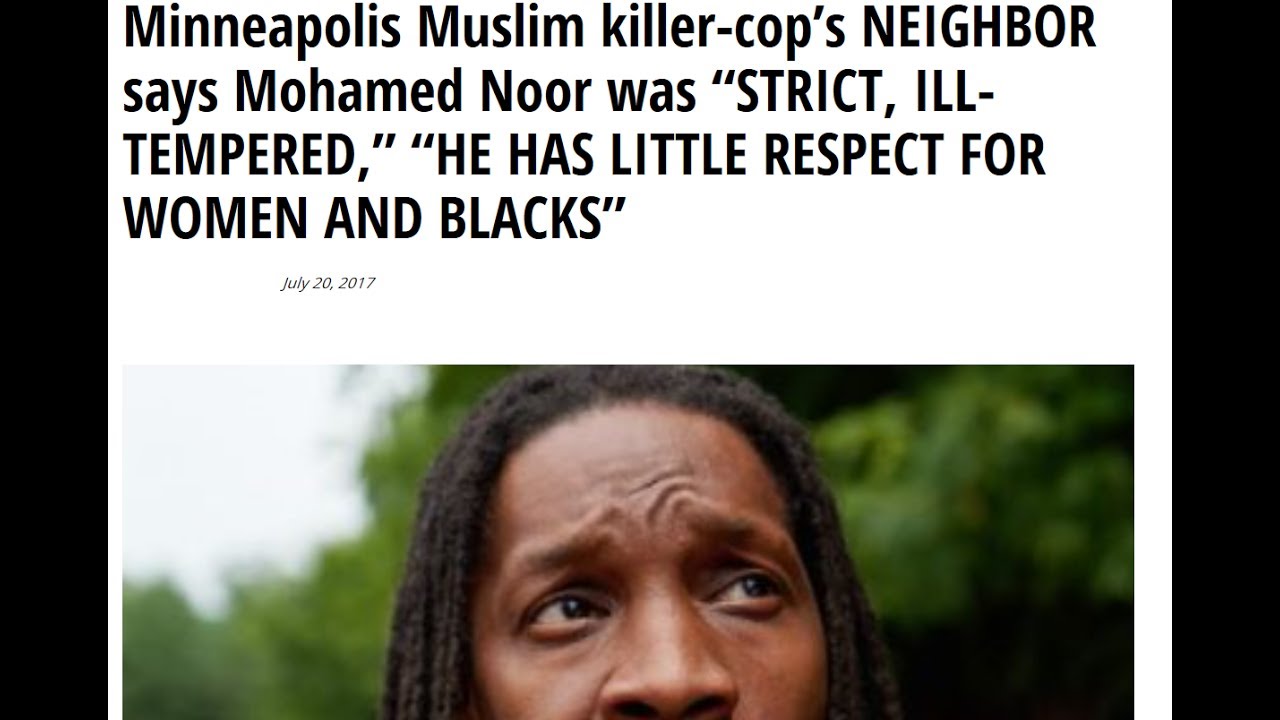 Hennepin County Attorney Mike Freeman, whose office prosecuted Noor, said in a statement they are “disappointed” with the Supreme Court’s decision to reverse the Noor’s third-degree murder conviction and said they disagree with the court’s analysis of the statute. However, Freeman said his office respect’s the ruling and will have Noor resentenced for second-degree manslaughter.

The whole horrible story as it happened:

Oh NOES! Somali Muslim cop who shot unarmed white woman in cold blood could lose his job for not activating his bodycam

Minneapolis Mayor does WHAT after a Somali Muslim killer cop murders an innocent, unarmed woman for no reason?

New evidence reveals that fellow Minneapolis Police officers of the Somali Muslim cop who killed an unarmed woman, tried to cover for him

MINNESOTA: Somali Muslim cop who shot and killed an innocent Australian woman for no apparent reason, shows no remorse whatsoever

SOMALI MUSLIM KILLER COP, Mohamed Noor, says he shot and killed the unarmed woman in pajamas because he saw her as a “threat”

MINNESOTASTAN: Somali Muslim Killer Cop acquitted on second degree murder charge for the deliberate murder of an unarmed woman in her pajamas

AUSTRALIA: 40,000 people came out to protest the George Floyd murder by a cop in Minneapolis, but no one protested the cold-blooded murder of a white Australian woman in Minneapolis by a black Somali Muslim cop