The San Diego chapter of the American Federation of Teachers passed a resolution this month rejecting Israel’s legitimacy as a country and accusing the Israeli government of carrying out ethnic cleansing, apartheid, and war crimes against Palestinians. And San Diego isn’t the only teachers union in California that believes Israel has no right to exist. 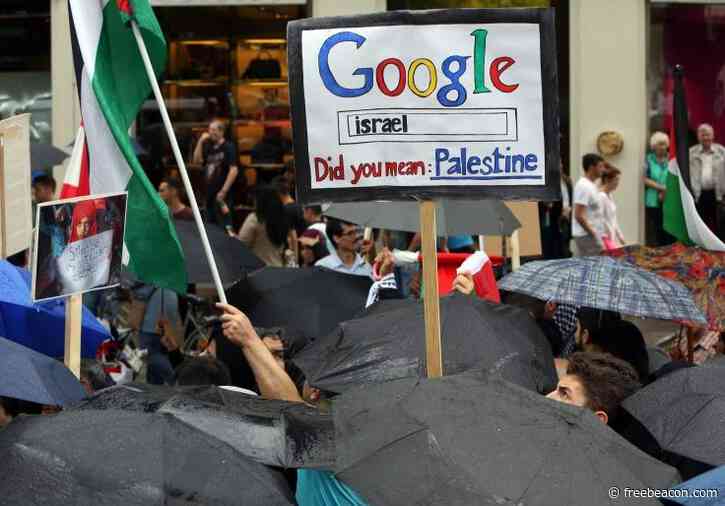 Free Beacon (h/t Nita) In the resolution, AFT Guild Local 1931, which represents community college teachers in San Diego, refers to Israel as “historic Palestine” and calls on the Biden administration to “hold Israel accountable for its complete disregard of international law” and implement a “prompt reassessment of military aid to Israel.”

The statement does not mention Palestinian terrorism and constant rocket attacks against Israeli civilian areas. It falsely argues that Israel’s “indiscriminate bombing of the Gaza Strip has claimed a significantly greater and disproportionate number of Palestinian lives and destroyed essential infrastructure in the already oppressed occupied territories.”

The resolution comes as hate crimes against Jewish Americans are on the rise and progressives across the United States ramp up a campaign of delegitimization and economic pressure against Israel.

We strongly criticize the biased move by the United Educators of #SF to support the BDS movement. This group of educators needs to go back to school to learn more about the double standards and delegitimization that #Israel faces at every turn. https://t.co/SsN9rnWGVz

Heidi Gantwerk, the interim president of the Jewish Federation of San Diego County,  said: “More importantly, we are deeply troubled by the negative climate this creates on these campuses. Jewish and Israeli students, faculty, and staff should feel safe and welcomed wherever they choose to teach and learn. Sadly, many now feel singled out, threatened, and anxious.

INN The resolution by the American Federation of Teachers (AFT) Guild Local 1931, which represents teachers and staff in the San Diego Community College District, accused Israel of “continued human rights violations committed by the Israeli government during its 73-year occupation of this land” and of a “a 73-year pattern of disenfranchising Palestinians of their rights, property and the opportunity to live with dignity.”

It also said: “Let us be clear that condemning Israel for its ethnic cleansing of Palestinians, occupation, apartheid and war crimes is not anti-semitism.” It further called on the White House and State Department to conduct a “prompt reassessment of military aid to Israel” and called for recognizing “the right of the Palestinian refugees to return” and to “ live free of colonization and occupation” while referring to Israel as “historic Palestine.”

“This resolution is entirely biased, inflammatory, and factually incorrect and contributing to the heightened vulnerability experienced of Israeli and Jewish Americans, including students from our community in SF”. -Consul General @ShlomiKofman @jewishsf https://t.co/G7FBMAS9Uz

StandWithUs called the resolution part of a recent pattern of “dehumanizing campaigns targeting Israel [that] are anything but harmless.”

“StandWithUs is deeply disturbed by the bias and misrepresentations in the AFT Guild Local 1931 statement. Simply writing ‘We’re not anti-Semites’ does not eliminate the anti-Semitic nature and impact of this statement, which at its core denies Israel’s right to self-defense, and the Jewish peoples’ right to decide what constitutes anti-Semitism.”

With anti-Israel narratives underlying a surge in anti-Jewish hate crimes across the United States, “too many teachers and students now question if they are safe and welcome in the places where they work, study and live.”

“Academic integrity and historical accuracy are crucial to public education and this statement ignores crucial evidence-based historical context,” they wrote. “For example, terms like ‘ethnic cleansing’ and ‘apartheid’ misrepresent and dehumanize Israelis, incite hatred, and have no connection to the facts.