Magen Am, a non-profit organization specializing in armed security teams within the Jewish community, alleges that a man attempted to ram his vehicle into a crowd of people partaking in a Sukkot holiday event at  Los Angeles’ Shaarei Tefila synagogue Wednesday, according to a report. 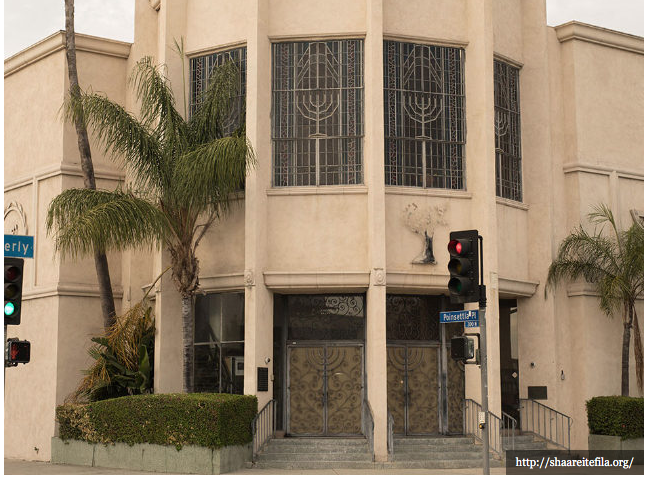 The Algemeiner  (via Breitbart h/t Thereza B) The crowd of about 20 to 30 managed to jump out of the path of the vehicle before the assailant stopped short in front of a metal gate, yelled “f**k the Jews” and left, the group said.

The group also said that about 20 minutes prior, the man had “canvassed” the event and issued threats, saying, “I’m a real Muslim, I’ll show you what real terrorism looks like.”

The Los Angeles Police Department told The Algemeiner that officers responded to the scene at around 10:57 pm to a call of a possible hate crime, and completed a report for criminal threats.

This is not the first time that Shaarei Tefila and its congregants have been targeted. In May 2020, Magen Am told The Algemeiner that it had scared off would-be vandals seeking to deface the synagogue amid violent riots over the death of George Floyd.

Richard S. Hirschhaut, the Los Angeles Regional Director of the American Jewish Committee, told the Jewish Journal at the time: “It is deplorable that certain protesters in Los Angeles today resorted to violence and vandalism.”

Below is CCTV footage of the driver:

A post shared by Magen Am – OUR NATIONS SHIELD! (@magenamusa)