“Wherever Islam takes hold, it is forever. Islamic extremism is based on Islam, which no one has the right to criticize. But in your (Western) countries it also plays a role in democracy and in the rule of law. Islam exploits these values to promote itself to the fullest extent possible. 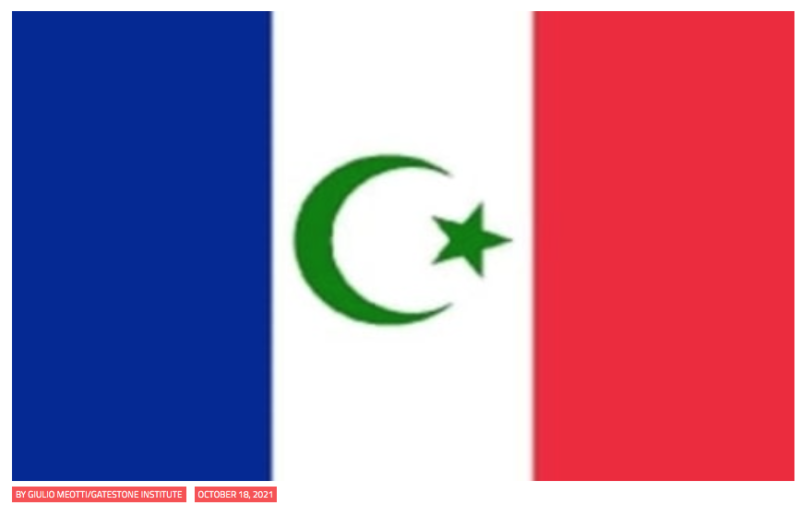 (Note to BNI readers, I changed the term “Islamism” widely used in this article to “Islamic extremism” which is more accurate)

PNW (h/t Dubi) Since democracy recognizes all opinions, from the far right to the far left, it is obliged to recognize Islam as well. All those who do not commit attacks or violent acts are, in principle, protected in a state of law. Islamic extremism thus immediately finds itself in a conquered terrain.

It is necessary to fight Islamic extremism from the beginning. Because it is like humidity in a house. Initially the threat is invisible, it penetrates the walls which, little by little, crumble. When you realize it is too late, you have to destroy everything to clean up. It becomes a mission impossible. France is at the stage where it has just discovered that Islam is eroding her home”.

This is how Algerian novelist Boualem Sansal, in L’Express, recently described the level of Islamization in France.

“In 2050 we will be a half-Islamic country, in 2100 we will be an Islamic republic”, according to Éric Zemmour, the journalist and presidential hopeful in 2022. This difficult but staggering reality denounced by Zemmour is recognized by everyone, even on the left. Radical left leader Jean-Luc Mélenchon predicted the same kind of scenario, calling it “creolization by 2050.”

In the book Grand Manipulateur, the journalist Marc Endeweld reveals what France’s President Emmanuel Macron says in private on the sensitive issues of immigration:

“The Elysée employees have confided to me that in recent months, especially on the issue of immigration, Macron has not hesitated, in front of his colleagues, to take up Éric Zemmour’s formulas on the Great Replacement. He is obsessed with it”.

The ostensible “fault” of the French historian Georges Bensoussan was to declare on the radio that immigrants from Middle Eastern countries absorb anti-Semitism from an early age like “mother’s milk.” He was put on trial for incitement to hatred and finally cleared after four years. Bensoussan recently told Le Figaro what is happening to his country:

“For safety reasons, Jewish children have massively abandoned public education. In the suburbs, there is a climate that recalls the worst memories of the Jewish Maghreb. It is a French defeat and not a Jewish defeat, because the whole of French society is threatened by what threatens Jews today. The Seine-Saint-Denis has lost 80% of its Jewish population in 20 years”.

“More than 500 districts in France are declared ‘sensitive’. To put it bluntly, we are talking about several million people who are subject to Islamic law”.

This is the shock that will decide the next presidential elections.

France’s General Directorate for Internal Security (DGSI) has mapped 150 districts “in possession” of Islamic extremists. These neighborhoods have become enclaves in the hands of fundamentalists, who shape the areas according to their ideology, which, as the word Islam itself denotes, is one of submission.

In places such as Roubaix, “the situation is assuming worrying proportions”, according to a prefect speaking with Le Figaro. Or the center of Perpignan, where “aggression, drug trafficking, Muslim communitarianism, racial tensions and tribal violence” force non-Muslims to move elsewhere. Or Les Izards, a district of Toulouse, “where Arab gangs control the streets in a climate of fear”. Or Grigny, a district on the southern outskirts of Paris, “a lawless territory”. Or in Grenoble.

The weekly Valeurs Actuelles describes the city of Trappes:

“It has 32,000 inhabitants, 70% of whom are Muslims, 40-50 different nationalities. Most are born here, wear hijab, qami, sarouel, traditional Middle Eastern clothing. The submission is complete. The church cannot compete with the five mosques”.

Already in 1997, Le Monde Diplomatique stated that a city like Roubaix is predominantly Muslim. Le Figaro refers to Sevran, a section of Seine-Saint Denis, as home to 50,000 inhabitants, 90% of whom are foreigners and a neighborhood, Épeule, already housing a Muslim majority.

“Every two weeks in France, a mosque is created and a church disappears,”said Edouard de Lamaze, president of the Observatory of Religious Patrimony.

Writing in L’Incorrect, Frédéric Saint Clair, a political analyst, recalled that if at the end of the 1970s there were about 200 mosques in the country, today there are more than 2,500.

Two thousand military servicemen signed a letter to French President Emmanuel Macron and the government, warning that “France is on the verge of collapse and civil war because the state has surrendered to radical Muslims.”

The letter followed an appeal by 20 retired generals and hundreds of former officers, in which they speak of “disintegration and Islamization” in progress, as well as a document sent to parliament by other generals and officers, proclaiming,

“We are in a hybrid war, it is multifaceted and will end in a civil war at best and a cruel defeat with no future at worst”.

Marseille, the second largest city in France,” according to the latest issue of the French monthly Causeur, “is already a quarter Muslim. The proportion of people aged 0-18 born to two non-European parents is exploding in urban areas throughout France, it is a historical demographic change.”

The city of Lyon is already one-third Islamic. 18% of newborns in France bear a Muslim name. In the 1960s, the figure was 1%.

A member of the Observatory of Secularism disclosed that Saint-Denis is plagued by “a project whose goal is to impose the standards of political Islamism.” Bfmtv interviewed Fewzi Benhabib, a resident in Saint-Denis. Since his arrival from Algeria 25 years ago, he found in France the ideology from which he was fleeing in his former country.

“For the Islamic extremists, it is a question of Islamizing modernity, not modernizing Islam.”

Benhabib wanted to show the reporter concrete examples of the Islamization of his city. In a children’s toy shop in Saint-Denis you can find perfectly veiled dolls. An eyeless teddy bear adorns the window. “In Islam, the image is taboo”, he explained. In a library on the same street, the shelves are full of books such a La voie du musulman, a book on the bedside table of many jihadists, which details the sanctions to be imposed on homosexuals:

“Throw them from the tallest building and then finish them off with stones”.

The level of Islamization exceeds a point beyond which it is virtually impossible to stop the process of social and cultural disintegration. France, according to the Algerian writer Boualem Sansal, is extremely close to that point:

“This mysterious threat literally liquefies society. At this point, exhausted, discouraged, it enters a process of relative submission, believing it will appease the enemy, giving him more and more ground, carrying out his requests and eventually becoming his advocate. In resilient societies, this process lasts ten years, in permissive societies like France, one year is enough”.

Michel Houellebecq in his latest essay postulated a form of “suicide” in which “you offer your throat to the butcher’s blade”; the author Alain Finkielkraut wrote that “the unstoppable progression of this system makes me think of a tea party on board the Titanic”.

The iceberg is in front of France. Next year, France will decide to try to save itself or continue to sink. Either way, it will unleash a tsunami that will not stop at its borders and instead flood all of Western Europe. 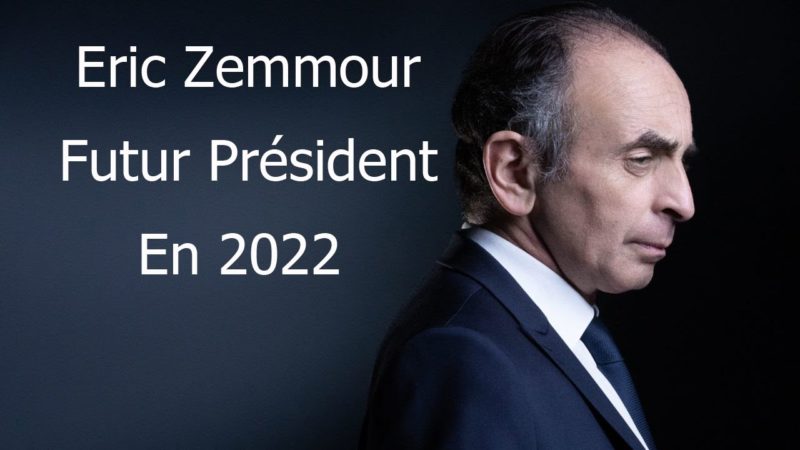