On Wednesday this week, the US State Department was widely mocked on social media after tweeting about “International Pronouns Day” and sharing a link to an article that detailed why many people on social media share their pronouns to help others avoid “accidentally assuming an incorrect gender based on a name or an appearance.”

Today on International Pronouns Day, we share why many people list pronouns on their email and social media profiles. Read more here on @ShareAmerica: https://t.co/gWhoItvGvo.

The official Twitter account for House Judiciary Committee Republicans lambasted the tweet given the State Department’s lack of effort to protect the US Embassy in Kabul, saying, “And some people wonder how the Embassy in Afghanistan fell so quickly.” 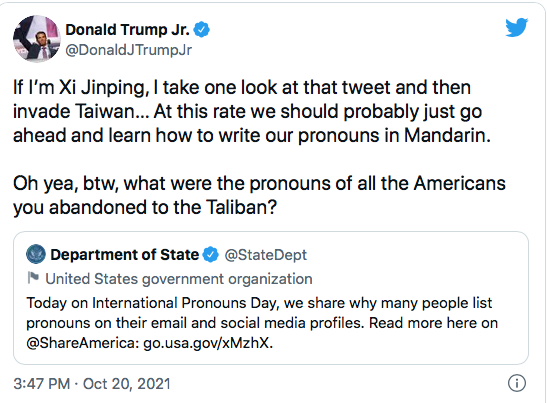 “China successfully tested a nuclear-capable hypersonic missile, Afghanistan is now a terror super-state, Central American countries are sending a FLOOD of migrants to our border, and THIS is what the State Department prioritizes!? What is WRONG with these people???” Rep. Ronny Jackson (R-Texas) tweeted.

“This is what the people in charge of our nations foreign policy are working on today,” Sen. Macro Rubio (R-Fla.) simply wrote. 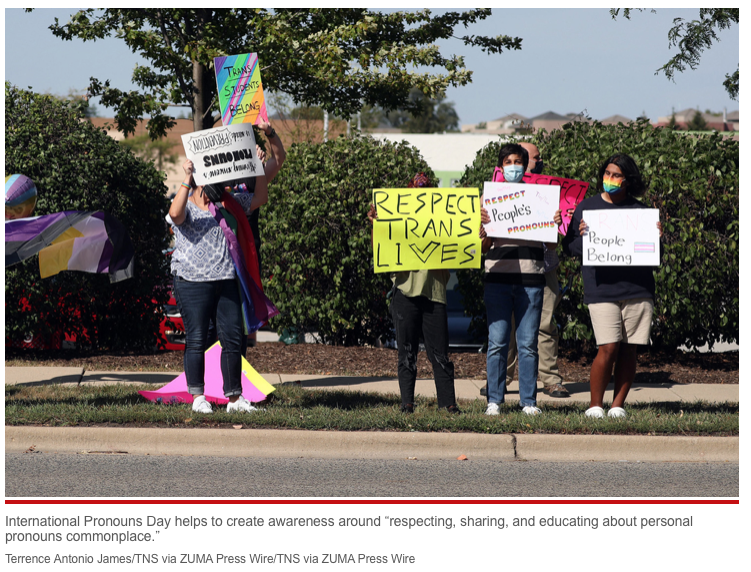 At the same time, we have radical Congressmuslim Ilhan Omar demanding creation of a Special Envoy role to combat global “Islamophobia” which would be embedded within the State Department, and would monitor anti-Muslim incidents in foreign countries and document state-sponsored Islamophobic violence in the State Department’s annual human rights report. 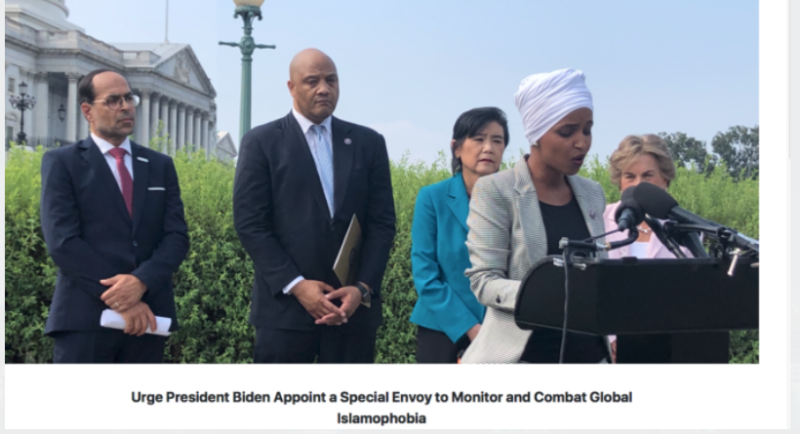 HuffPost What this means is the federal government would have a dedicated, high-ranking official monitoring Islamophobic incidents worldwide, and funded by US taxpayers.

Earlier this month, a worthless study conducted by the idiotic woke police named “Othering and Belonging Institute” found that over two-thirds of Muslim Americans have faced Islamophobia and that an overwhelming 94% of respondents said it impacted their emotional and mental health.

Globally, Islamophobia has risen to “epidemic proportions,” noted the United Nations Human Rights Council in March, adding that “numerous states, regional and international bodies” were to blame for that stark increase. (That’s right, don’t dare mention the main cause of anti-Muslim hatred: Muslim terrorism and extremist behavior all around the world)

Says Omar,“We are seeing a rise in Islamophobia in nearly every corner of the globe. In my home state of Minnesota, vandals spray-painted hate messages and a Nazi swastika on and near the Moorhead Fargo Islamic Center. These types of incidents are all too common for Muslims in the United States and beyond,” Omar said in a statement. (And the same thing and worse happens far more often to Jews but we don’t see them whining about it) 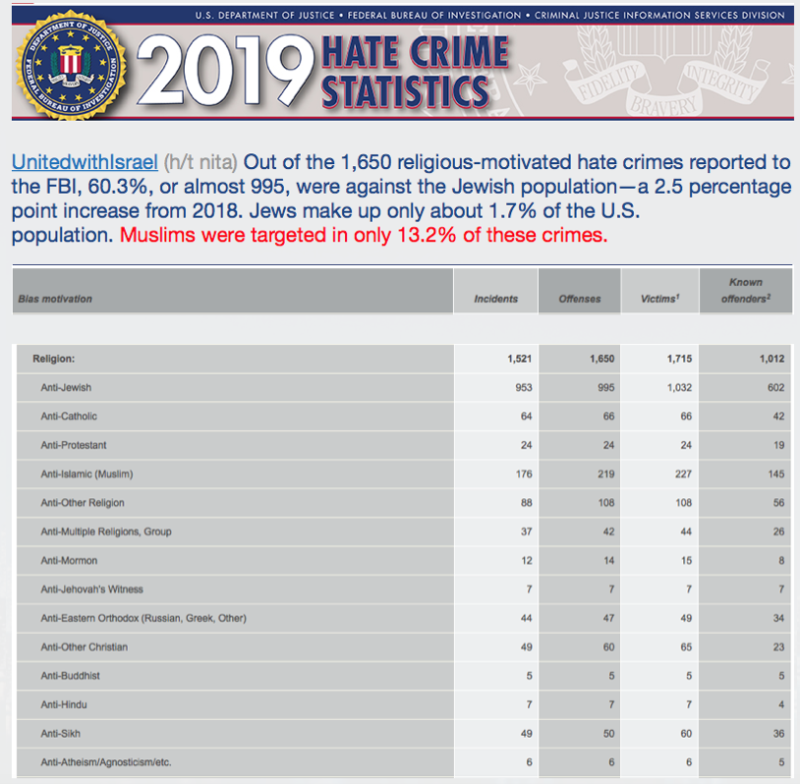 “As part of our commitment to international religious freedom and human rights, we must recognize Islamophobia and do all we can to eradicate it. (Getting rid of Muslims in America would be a good start)