Last Thursday night, Polish police officers were able to successfully suppress the revolt of a violent group of 600 illegal Muslim migrants, mainly Iraqis and Afghanis, who were squatting in the center in the village of Wędrzyn in western Poland, near the German border. 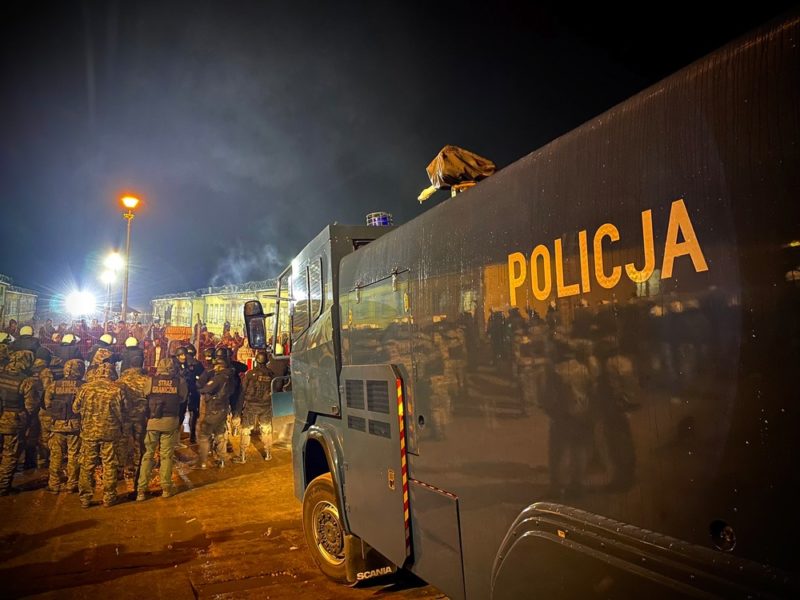 REMIX News The Lubuskie regional police unit shared a video (see below) from the revolt on social media. In the clip, the migrants are violently throwing chairs at surveillance cameras and breaking the fence around the building.

The most aggressive group of invaders initiated the revolt on Thursday night when they walked out in front of the main building. They demanded to be released and attempted to break through the center’s fence and other security measures. They also broke several windows and destroyed furniture.

When the invaders refused to comply with orders, additional Border Guard and police units were dispatched to the center. Fire fighters also arrived on scene due to some of the migrants setting small fires. Close to 600 police officers were at the disposal of the authorities on site.

The center is a temporary measure and was built in September 2021 following the escalation of the artificial migration crisis on the Polish-Belarusian border. Only men are sent to the center in Wędrzyn based on a court ruling. The center was adapted from military buildings previously used by Polish and NATO soldiers who took part in military exercises in the region.

The Ministry of National Defense reported that the invaders were equipped with stun grenades by Belarusian services and threw them at Polish soldiers and police officers.

Despite ensuring the best possible living conditions for the invaders, they are often dissatisfied with their situation and destroy equipment and furniture inside the centers. The Thursday incident was the most serious one since the center began housing migrants.

“Police officers were able to prevent the escalation of the revolt in the center for migrants. Owing to the professional actions of the police officers, the situation was stabilized. Significant forces are still present to ensure security,” the police wrote on Twitter.