Palestine Legal joined civil rights and Muslim advocacy groups in denouncing alleged Islamophobic attacks against Nourhan Mesbah, the newly-elected vice president of the College Democrats of America at Rollins College, based on an anti-Semitic tweet she made. 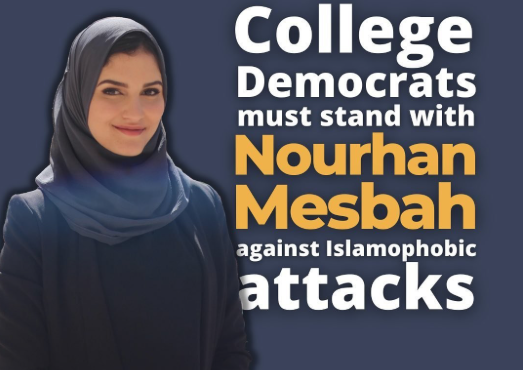 American Muslims for Palestine and Muslim advocacy groups sent a letter to the College Democrats of America expressing concern over the treatment of Vice President Nourhan Mesbah; the resolution CDA’s National Council requiring her to apologize and undergo training from organizations notoriously known to antagonize Muslims and people of color; and for encouraging and tolerating an environment hostile towards Muslims within the organization.

On September 22, 2021, Nourhan Mesbah was elected Vice President of the CDA by a popular vote of CDA members. Nourhan is the first Muslim-American woman to hold a national executive position at CDA. Since declaring her candidacy on Sept. 4, 2021, Nourhan, a first-year law student, has been the target of a campaign aimed at smearing her reputation and attempting to push her out of her leadership position within the CDA. 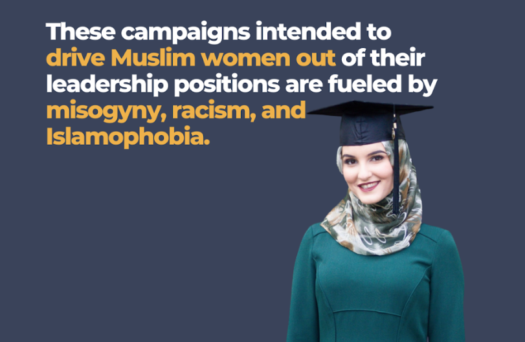 A tweet she posted in 2016 has become the particular focus of this campaign. The threats, harassment, and smears directed at Nourhan, unfortunately, echo the experiences of other Muslim women in leadership positions across college campuses and at the national level. 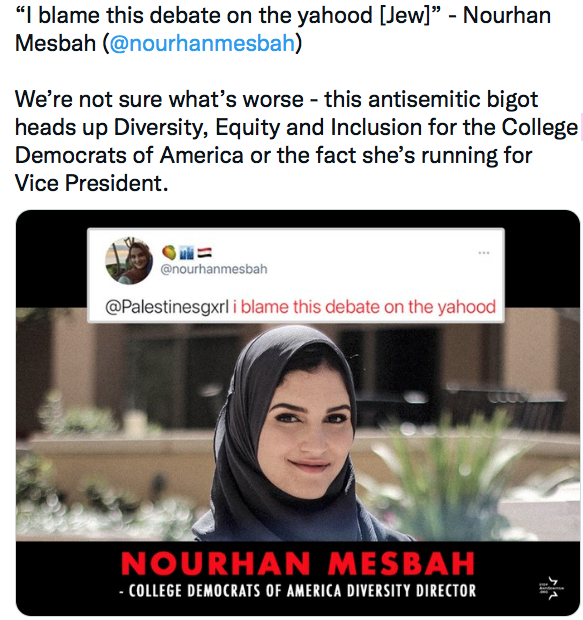 The group, Jewish on Campus, a group that has targeted Palestinian activism for human rights with false anti-semitism accusations and misinformation, posted on Instagram, listing Nourhan’s CDA position at the time and calling her out for “a history of tweeting anti-semitic canards about Jewish power and control.” The CDA Jewish Caucus issued a statement accusing Nourhan of antisemitism and calling for her to resign. 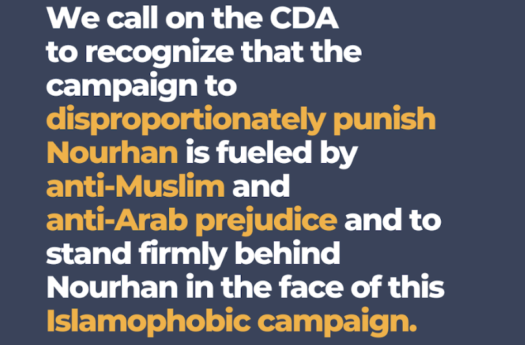 Nourhan has been the target of cyberbullying and online harassment, with strangers sending vulgar messages and threatening her physical safety. Some of these hateful messages threaten Nourhan with statements such as “ur done” and “you better grow eyes behind your hijab.” Other comments calling her a “jihadist” were documented online as well.

Rather than responding to this Islamophobic campaign and standing firmly with Nourhan, the CDA has legitimized the attacks against her. CDA chapters and federations at five different campuses released public statements calling on Nourhan to resign and demanding an investigation. Ohio’s CDA chapter threatened to “file impeachment articles with the National Council” if Nourhan didn’t resign. 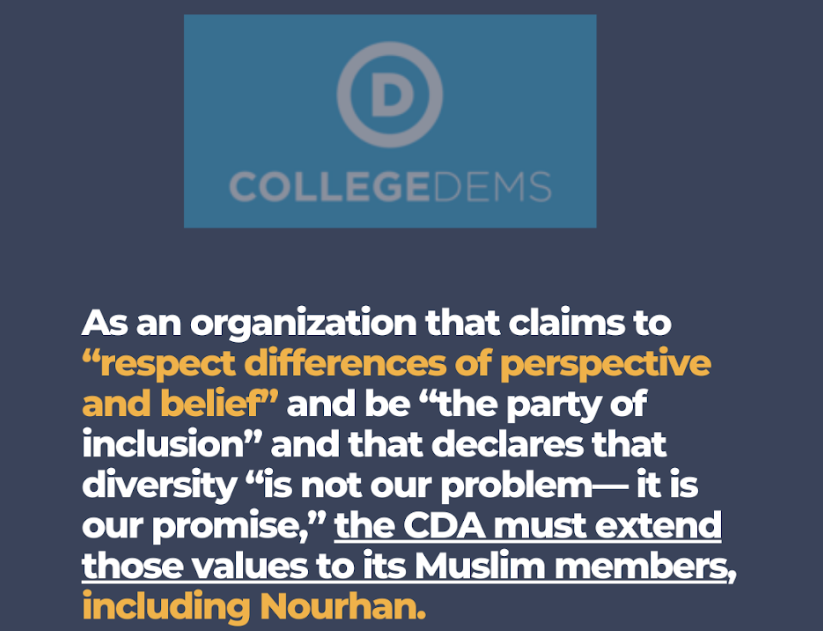 In response, the CDA’s new Director of IDEA announced an investigation. Nourhan was never asked for her side of the story during the investigation and the CDA National Council voted to censure Nourhan, calling on her to apologize again, and required that she go through an individualized training on antisemitism, specifically referencing the American Jewish Committee (AJC) and the Anti-Defamation League (ADL), an organization with a history of anti-Muslim and anti-Palestinian actions.

The resolution and the investigation reflect the CDA’s disregard for Nourhan’s safety and well-being in the face of threats and smears against her identity and reputation over a statement made 5 years ago. The message that the CDA is sending is clear: Muslim safety is secondary, and Muslims will be disproportionately punished for their mistakes.

Under pressure from designated terrorist group CAIR, the College Democrats have allegedly vowed to combat Islamophobia.