A group of Muslim men verbally attacked and terrorized a bus of Jewish teenagers on Oxford Street in London. The teens were celebrating the first night of Hanukkah, and were on their way to a candle lighting. The Muslim thugs threatened to kill them. 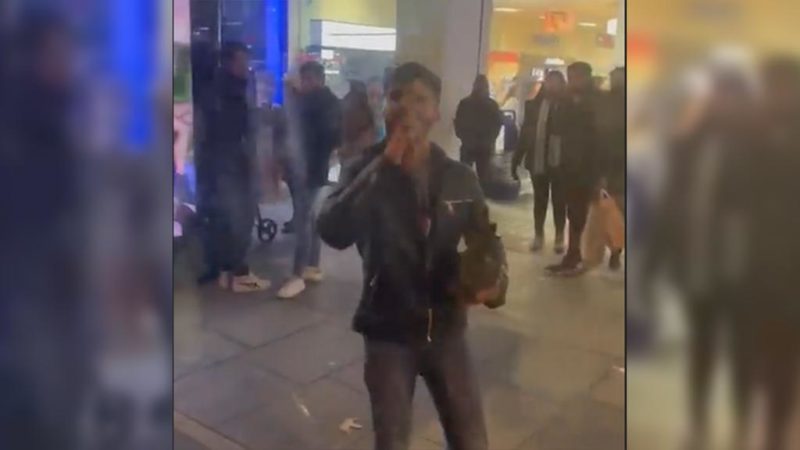 TheJC  Police have been asked to investigate after Jewish teenagers on a Hanukkah outing in central London were harassed by a group of young Muslim men who spat at their bus and chanted anti-Israel slogans.

The incident took place on Monday evening, when the vehicle carrying a Chabad group of young British Jews and Israelis from north-west London stopped on Oxford Street outside the Primark store. Some of the teenagers got off the bus to dance and sing in the street. Soon a group of men had started playing music from speakers and dancing alongside them.

One young woman with the Chabad group who has asked to remain anonymous told the JC the men appeared to be mocking them. When the Jewish group tried to ignore them, they became more intimidating.

Rabbi Shneor Glitsenstein of the Chabad Israeli Centre Golders Green was on the bus with his group. He said the men starting shouting “Free Palestine” at them.

And reported on Israel Channel 12 how a gang of Middle Eastern men threatened a coach load of young Jews in Oxford Street London on their way to candle lighting for Chanukah on 29 November Seems there were death threats as well. @Elad_Si @sdklaff pic.twitter.com/rTvMjvVnfr

A shocking video of the incident shows the men hitting the bus while passengers tell the driver to leave. “Go, go,” one passenger shouts, while another calls out: “Drive, drive.”

Two of the men take off their shoes and begin slapping the windows of the bus with the soles. The men then begin spitting at the windows and hurling inaudible shouts at the bus. Two of the men raised their middle fingers at those on board. 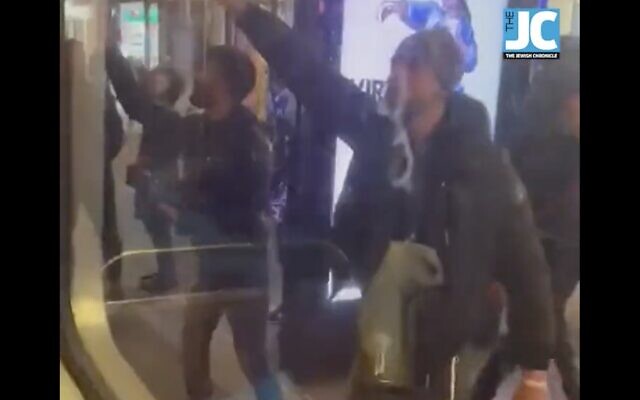 As the bus finally drives away one man runs alongside it, punching the window with the side of his fist.

The woman on the bus told the JC she believed the assault was “definitely” because the group were Jewish. “There is no doubt about that,” she added.

The rabbi said the scene reminded him “of Gaza”, in an apparent reference to the “hate convoy” demonstrations that took place in north London in May during the conflict between Israel and Hamas.

Spitting during COVID could be attempted murder. DNA on the bus @metpoliceuk get going. Catch these rogues and take them off our streets. Uncivilised threatening behaviour is not acceptable in decent societies. Silence gives them courage.