NO WALLS? Gee, I guess he forgot about the huge 20-foot wall that surrounds the Vatican, originally built to keep out the Muslim invading armies, and remains in place today. Pope Francis went to Cyprus to push even more illegal immigration on an island already overwhelmed with more Muslim illegal aliens than they can handle. 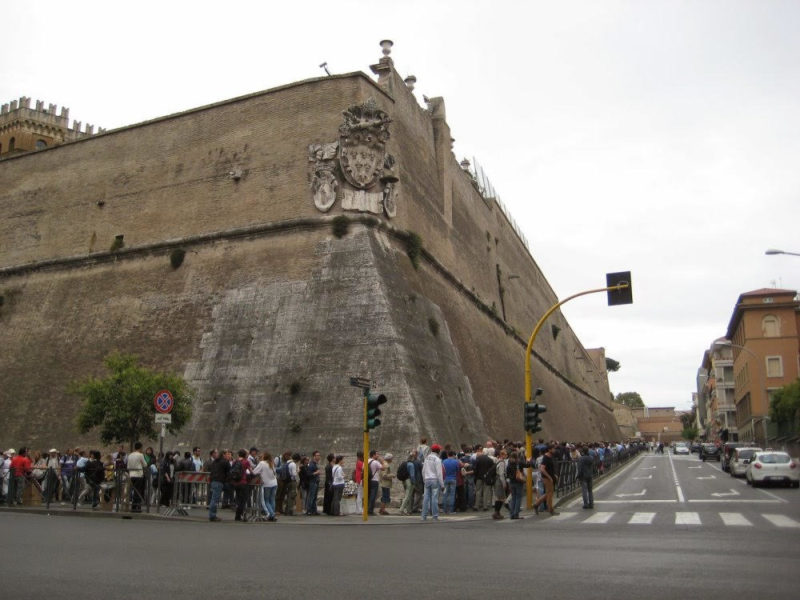 Breitbart (h/t Nita) During his discourse, the pope credited immigration for giving the Church a “multicolored” visage.

The Latin Church, present in Cyprus for millennia, “has seen the enthusiasm of faith grow together with its children and today, thanks to the presence of so many migrant brothers and sisters, it presents itself as a ‘multicolored’ people, a real meeting place between different ethnic groups and cultures,” he said. 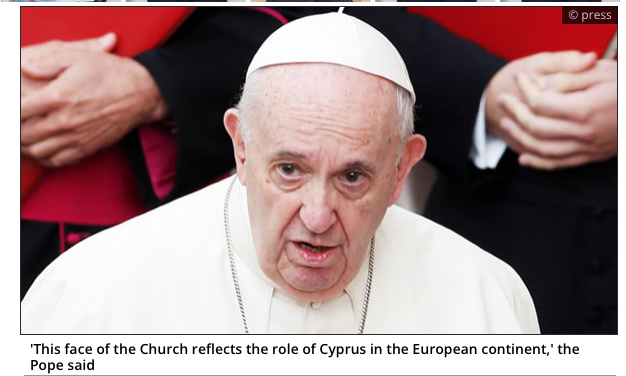 “You are immersed in the Mediterranean: a sea of ​​different stories, a sea that has rocked many civilizations, a sea from which people, peoples, and cultures from all over the world still disembark,” Francis said.

“With your fraternity, you can remind everyone, the whole of Europe, that to build a future worthy of man, it is necessary to work together, to overcome divisions, tear down walls and cultivate the dream of unity.”

The pope then encouraged openness to newcomers. “On this island, the work you do in welcoming the new brothers and sisters who come from other shores of the world is precious.”

(Oh, you mean like when the Turks invaded Cyprus in 1974 and then declared the occupied areas of the Republic of Cyprus to be a “Federated Turkish State” to the universal condemnation of the international community?) 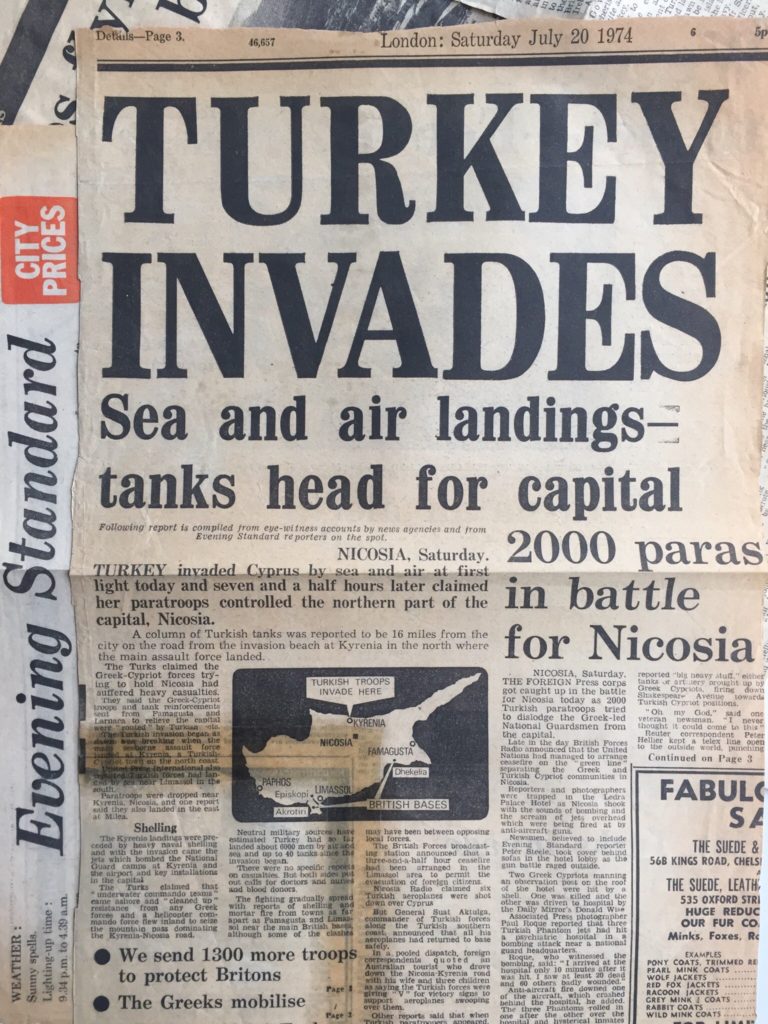 Under the pretense of “protecting” Turkish Cypriots who lived on the island nation, Turkey launched a violent invasion of Cyprus on July 20, 1974, displacing an upwards of 160,000 people from their homes and leaving thousands dead or missing.

This led to the institution of a separate Federated Turkish state within the north, a transfer condemned by the worldwide neighborhood, which nonetheless considers the northern a part of the island to be territory of the Republic of Cyprus occupied by Turkish forces.

Ever since then, Cyprus has been divided by a United Nations-controlled inexperienced line splitting the island into the Turkish-controlled Muslim north, and the Greek Cypriot Christian south, whose authorities is the one one acknowledged by the worldwide neighborhood.

Since a majority of Muslim migrants and refugees arriving in Cyprus come from the north by way of Turkey, the Cypriot authorities considers their entries as unlawful crossings, accusing Turkey of sending the migrants deliberately to destabilize the south. 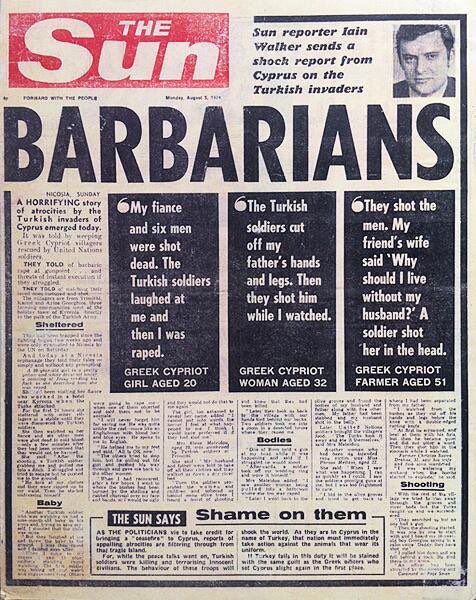 In 2019, Cyprus was the nation with the most illegal alien invaders in relation to its inhabitants, with most coming from Syria, India, Bangladesh, and Pakistan and constituting 4% of the inhabitants.

Last May, Cyprus declared a “state of emergency” because of the flood of illegal Muslim migrants overwhelming its reception centers and appealed for help from the European Union.

The flood of migrants streaming into Cyprus enter in the Turkish-occupied north are described by locals as “illegal crossings,” and accused Turkey of sending migrants to destabilise the south.