COLORADO judge rules that Muslim man, Aliwi Alissa, 22, accused of murdering 10 people in supermarket is not competent to stand trial. 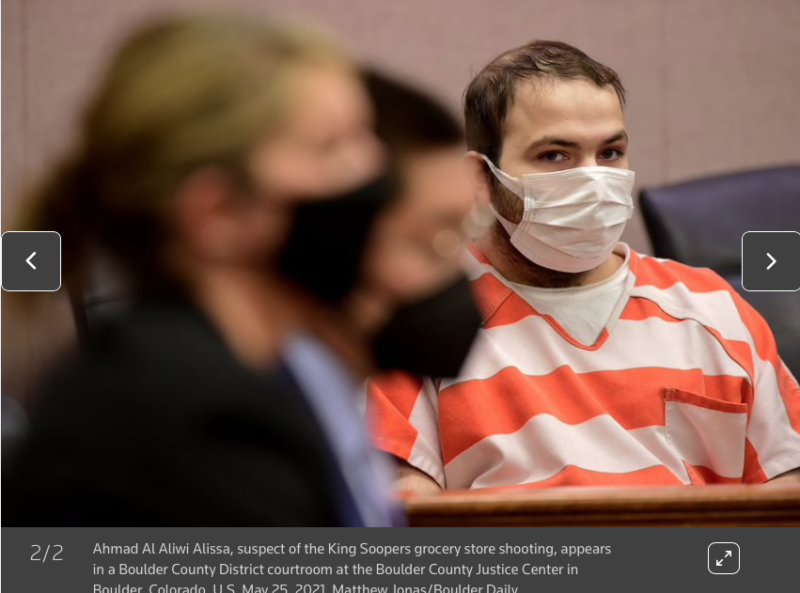 Reuters (h/t Ionna H) Boulder County District Judge Ingrid Bakke made her ruling during a hearing for Ahmad Al Aliwi Alissa, 22, where it was disclosed that two separate court-ordered psychological evaluations had both concluded that he is mentally unfit.

Armed with a legally purchased Ruger AR-556 pistol, Alissa stormed the supermarket and opened fire, prosecutors said. Among those killed was a responding Boulder police officer. Authorities have not identified a motive for the attack.

Alissa, who has been held without bond since his arrest, did not speak during the five-minute hearing. His attorney, Kathryn Herold, said that her client suffers from an undisclosed “serious mental illness.”