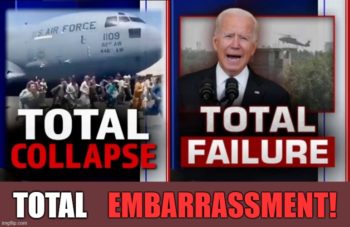 According to the New York Times, there are more than 11,000 Afghan Muslims, virtually none of them vetted, living at the facility officially known as Joint Base McGuire-Dix-Lakehurst in the Trenton, NJ area now. This is more evacuees than on any of the six other U.S. military bases still hosting Muslim freeloader-wannabes evacuated from Afghanistan as America’s 20-year war in the country reached its Biden-enabled disastrous end in late August. 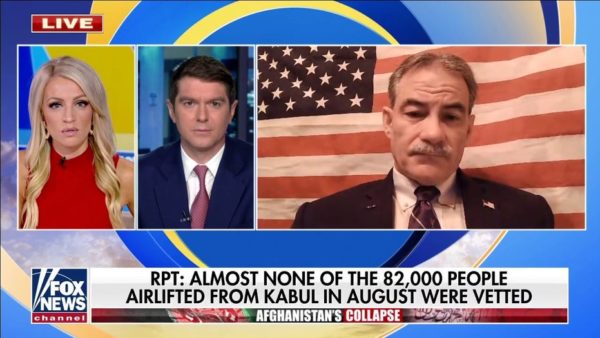 9/11 Commission recommended almost 20 years ago that refugees be interviewed before coming to this country. Secretary Mayorkas admits today Biden Administration has gutted this procedure and is NOT interviewing all Afghan evacuees before they’re brought to USA – not even trying pic.twitter.com/cAMELg5yHd

BizPacReview Roughly 37,000 of the approximately 73,000 non-U.S. citizens evacuated from Afghanistan are still waiting to be resettled in cities and towns across the country by refugee agencies struggling with a shortage of affordable housing and the sheer magnitude of the operation.”

While resettlement, which is costing the American taxpayer more than $9 billion, is still pending, some Afghans have illegally walked off the base in what the Biden regime calls “independent departure.”

“Everyone who leaves the base must have satisfied rigorous security checks and be fully vaccinated…but few of them do. Many who chose to leave on their own have family already living in the United States or close friends who arranged lodging,” the Times asserted.

Blinken says Biden admin will get around to vetting Afghan refugees ‘on the back end’ https://t.co/9MX5g0Azfb pic.twitter.com/6WvnNfL5YG

Breitbart News claims that based on the latest data, “most Afghan arrivals in the U.S. live on welfare.”

According to a U.S. Senate GOP memo, the vetting of the evacuees, at least in the initial surge, was sketchy, and relatively few of them actually worked with American forces in Afghanistan as translators or in other key functions, the Washington Examiner claimed in a detailed article published on November 24, 2021.

Almost none of the 82,000 people airlifted from Kabul in August were vetted before being admitted to the United States, despite claims to the contrary from the Biden administration, according to a congressional memo summarizing interviews with federal officials who oversaw the effort at domestic and international military bases…

The administration also brought into the U.S. tens of thousands of Afghans who were not qualified. The large majority of people, approximately 75%, evacuated were not American citizens, green card holders, Afghan Special Immigrant Visa holders, or applicants for the visa…

As of early October, just 700 of the 82,000 admitted into the U.S. were determined to hold Special Immigrant Visas, Senate Homeland Security and Governmental Affairs Committee ranking Republican Rob Portman of Ohio said in a Nov. 4 speech. A Special Immigration Visa, or SIV, is a special classification for interpreters and support staff granted permanent residency as a result of aiding the U.S. government during the war on terror…

The memo also alleged that there was a communication breakdown “between domestic and international screeners…over who was vetting the Afghans, and ultimately, neither group vetted them.” Many of the Afghans disembarking planes after arriving from overseas bases and transit centers allegedly “had no identification documents.”