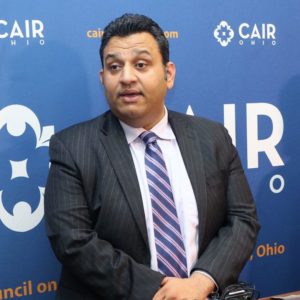 Ohio’s chapter of the Council on American-Islamic Relations, a Hamas-linked national Muslim advocacy and litigation organization, announced Tuesday that it fired its executive director, Romin Iqbal (right), for allegedly leaking confidential information to Steve Emerson’s Investigative Project on Terrorism (more on IPT below video), a highly respected counter-terrorism group which CAIR likes to slander as an “anti-Muslim hate group.”

The Daily Record For several years, Romin Iqbal, its executive director and legal director of CAIR-Ohio who has been with the organization since 2006, has been recording network meetings and sharing information regarding CAIR’s nefarious activities with the IPT, according to a Tuesday press release from the organization’s Ohio chapter.

Last year, CAIR learned that multiple individuals involved in Muslim community activities were acting as spies for the Investigative Project on Terrorism (IPT).

According to extensive evidence that CAIR received and authenticated over the past year, CAIR-Columbus executive director Romin Iqbal was sharing private emails, strategic plans, and secretly recorded conversations with Emerson’s group for years.

In a letter sent to the American Muslim community yesterday, CAIR also revealed that evidence it possesses also indicates that IPT had collaborated with Israeli intelligence in the office of former Israeli Prime Minister Benjamin Netanyahu.

MORE about the Investigative Project on Terrorism 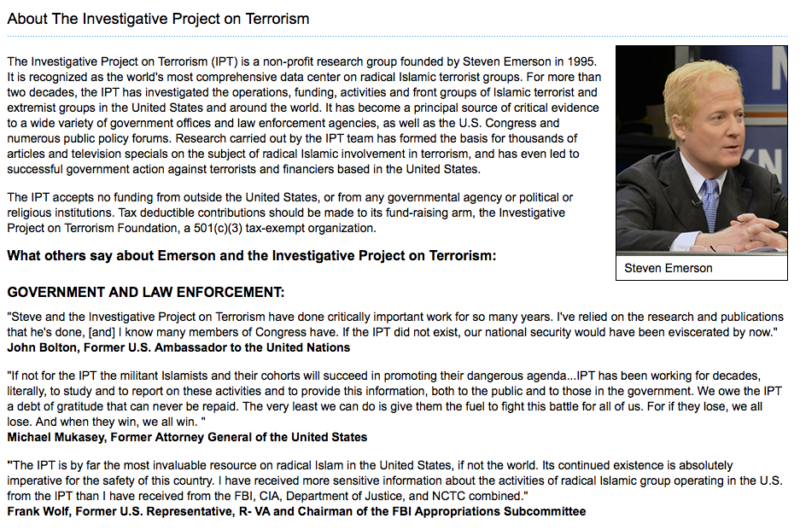 On February 16, 2013, The Grand Deception executive producer, Steven Emerson, challenged CAIR-LA Executive Director Hussam Ayloush to an open debate to discuss the facts featured in this film. As of today, the challenge has gone unanswered.