Algeria, Mauritania, Mali, and Morocco – An offshoot of al-Qaeda has emerged in the deserts of North Africa, claiming an area it calls the Sahara Emirate. This group has taken responsiblity for the  kidnappings of Spanish and Italian expats. Aren’t we glad Barack Hussein Obama has declared that there is no more War on Terror and […]

Jordan has asked Canada to seize Israel’s 2,000-year-old Dead Sea Scrolls that are currently on display in Toronto. Jordan claims that the scrolls were found in “disputed territory” that Israel captured from Jordanian control in 1967, and asks Canada to hold them until the question of their ownership is settled. Jordan’s control of Judea, Samaria […]

‘Gaza Freedom March’ – Exposing the shared values of Nazis and the IslamoNazis, Muslims and their supporters marched for Hamas & Hezbollah terrorists, while Canadian citizens had to pay for it. Stories and photosShalom Life,  Blazing Cat Fur & Lumpy, Grumpy and Frumpy via FRONT PAGE Magazine The Israeli-Palestinian conflict has once again arrived at 180 […]

A fascinating series of short video clips from British journalist, Richard Watson, who tries to rationalize the behavior of radical Muslim jihadists in the West. Watson blames radical Islamism on everything except the one thing that is the cause – Islam itself. He appears sympathetic to the poor little terrorists, attributing their bad behavior to […]

What a great place for it. Too bad it didn’t go off. H/T jdamn RELATED VIDEOS: Islam in America

Muslim children express their dream of being martyred just like the baby of Imam al-Hussein. And if we’re lucky, American, British, or Israeli soldiers will make their dream come true. You know, a few well-placed nukes could make ALL their dreams of martydom come true. It’s the least we could do. H/T jdamn RELATED VIDEOS: […]

Obama’s top counterterrorism adviser said an active threat from al-Qaeda led the U.S. to close its embassy in Yemen, where an al-Qaida affiliate trained and armed the man accused in the Christmas Day airliner plot. So do they like us better now, President Panywaist? “That’s right, close your embassy but give us more money!” RELATED […]

One million Muslims but only one mosque. (What the media conveniently leaves out is that it IS the largest mosque in the world) Who cares? Muslims struggling to find a place to pray have become a frequent sight in Italy. Islam – the second largest religion in the country after the Roman Catholic faith is […]

(BRITAIN-BASED?) al-Qaeda has threatened to kill a British soldier’s family after learning his sniper team had killed 32 Taliban. Police investigating the threats were sent to his home fearing al-Qaeda sympathisers were on the verge of brutally attacking his relatives in twisted retaliation for his military service. (So why isn’t there a military unit being […] 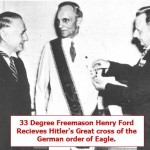 Dearborn, Michigan has the largest Muslim population of any U.S. city. The main reason can be tied directly back to the beacon of hatred Henry Ford had for the Jews. Ford would not allow a Jew* to work in his factory, which is why Dearborn became known as the American Mecca for Muslims. *The ‘no-Jew’ […]

MUSLIMS don’t need a reason to riot in the streets and they do it a few times every year. Last New Year’s Eve, they burned 1,137 cars and the French media referred to it as “mischief.” Car burnings have become a regular occurrence in the Muslim immigrant-heavy suburbs that ring France’s biggest cities, but the […]

British PM Gordon Brown’s plans to foil terrorist attacks by installing body scanners at UK airports are doomed to failure, according to an MP who helped to design the machines. Tory MP Ben Wallace, who worked on the scanners at defence research organisation QinetiQ before entering Parliament in 2005, said the £100,000 ‘millimetre wave’ machines […]

A town famed for honoring dead British solders returning from Afghanistan expressed outrage yesterday at plans by an extremist Islamic group to march through its streets, “not in memory of the occupying and merciless British military’ but of the Muslims murdered in the name of democracy and freedom.“ Islam4UK, which calls itself a ‘platform’ for […]

Afghans are burning “Black Dog” Obama effigies and American flags because of U.S. attacks on civilians. But, but, but, this isn’t working out the way Obama had planned – sacrificing American lives to save Afghan civilians. Oh well. [vodpod id=ExternalVideo.912042&w=425&h=350&fv=] RELATED: Military stories

So much for pinning medals on the man who reported his own son for his radical Muslim ties to the American embassy in Nigeria. As CREEPING SHARIA reports, this piece found at the ModernGhana.com website makes some bold yet unsurprising suggestions – that the father of the jihadist who tried to blow up a Detroit-bound plane on […]