Remember the 2013 massacre of Christians by al-Shabaab Muslim terrorists at the mall in Nairobi, Kenya? That was financed, in large part, by the poaching of elephants in Africa for their ivory. Frontpage Magazine (h/t Susan K)  How is the carnage at an upscale shopping mall in Nairobi linked to a surge in the poaching of wild elephants in Africa?

Elephants are being slaughtered in record numbers in Africa. As reported in The Washington Post last summer, more than 30,000 elephants were killed by poachers last year, the largest number in decades. Over the last five years there has been a huge spike in poaching that threatens the extinction of one of the planet’s most intelligent and iconic species. Islamic terror group Al-Shabaab finances as much as 40% of its operations this way. The supply of ivory for al-Shabaab and other militant groups is, obviously, dead elephants. As demand for ivory continues to surge in China and other Asian countries, the slaughter is growing industrial in scale and efficiency, fueling a trade worth $7 billion to $10 billion a year. A 2011 report by the Elephant Action League, whose mission is to fight elephant exploitation and wildlife crime, dubs elephant ivory “the white gold of jihad.” Sudanese Muslim militiamen and Somali al-Shabaab terrorists are financing their jihad from poaching raids against the endangered wildlife in neighboring countries in Africa.

Africa Review (h/t Susan K) The janjaweed poachers use the profits from massacring the African elephant to continue their massacres against black African Christians in Darfur.  The common link is their utter disregard for life and for the rule of law. Cameroon’s Special Forces have been deployed to foil an imminent raid by Sudanese poachers who for eight weeks earlier this year slaughtered half the population of elephants for their ivory at one of the country’s wildlife reserves. The poachers have been attempting to take park guards in northern Cameroon by surprise by exploiting greater ground cover that has sprouted in the rainy season, according to international conservation body World Wide Fund for Nature (WWF), which said it had been informed by high ranking officials of the Rapid Intervention Battalion (BIR) on Friday. “This is the same group of poachers that in early 2012 travelled more than 1,000km on horseback from northern Sudan across the Central African Republic and Chad to kill over 300 elephants in the Bouba N’Djida National Park in northern Cameroon,” WWF said. The heavily armed and well coordinated poachers, who had told local villagers of their plans to kill as many elephants as possible, claimed they had killed as much as 650 out of some 1,000 that roamed the park. The elephant population in Cameroon and in central Africa is estimated to have been halved, mainly by poachers, between 1995 and 2007 with the number of elephants killed still on the rise… 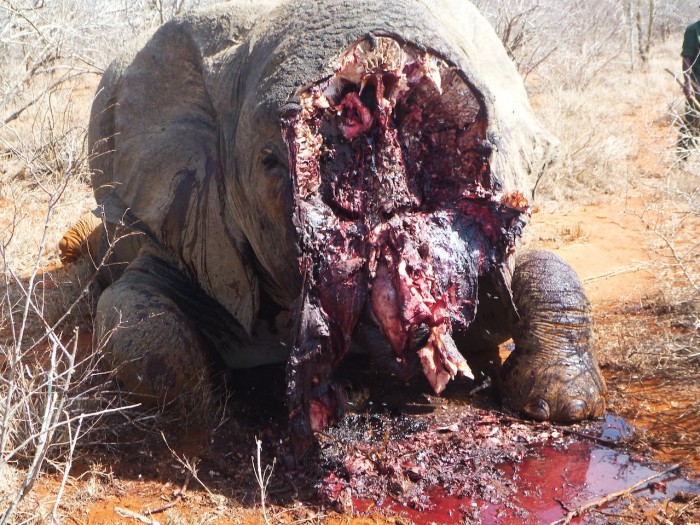 A story from the New York Times in September explained that Sudan’s janjaweed, the Arab Muslim supremacists who bear responsibility for the genocide against black Africans in Darfur, are offenders in the illegal ivory trade. 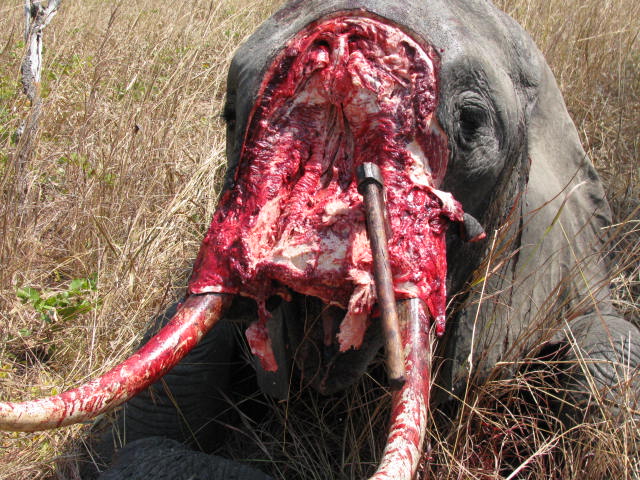 Der Spiegel reports that janjaweed poachers use the proceeds for arms:  “The millions of dollars their poaching raid must have brought in will allow them to replenish their weapons stores.” The New York Times also identified al-Shabaab from Somalia as an ivory poaching participant. One former al-Shabaab associate said that the Shabaab were promising to “facilitate the marketing” of ivory and have encouraged villagers along the Kenya-Somalia border to bring them tusks, which are then shipped out through the port of Kismayo, a notorious smuggling hub and the last major town the Shaabab still control. Sadly, the Islamic tradition of raiding, pillaging, plundering and exploitation of natural resources, including magnificent animals, is alive and well, thanks to the terrrorists’ need for funding and the Chinese insatiable need for ivory trinkets.