ISIS chose a slaughterhouse to carry out this series of beheadings of prisoners accused of allegedly spying and passing information to enemies of ISIS (Western coalition) in Syria. They cut the necks of the prisoners exactly how halal butchers cut the necks of fully-conscious animals, then hang them upside down so the blood can flow into the drain on the floor. 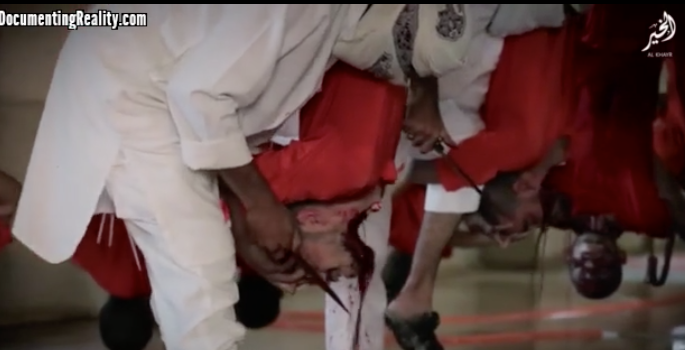