Designated terrorist group CAIR has no interest in finding out why Muslims are so disliked by most Americans. CAIR’s main purpose for existence, other than to shove Islam down non-Muslims throats, is to concoct reports about so-called “Islamophobia” complaints they receive, while filing countless nuisance lawsuits against Americans, American businesses, schools and institutions for allegedly saying or doing anything that CAIR labels as “Islamophobic.” 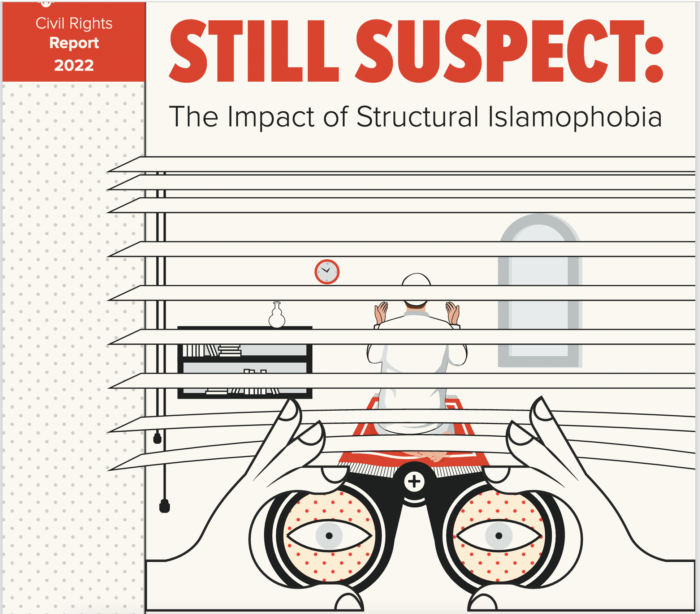 The title of CAIR’s report is Still Suspect: The Impact of Structural Islamophobia. The word structural is significant in the understanding that Islamophobia has seeped into every part of American society. It has made its way into government
institutions and the public sphere through laws and policies, political rhetoric, and other manifestations.

For example, in 2021, CAIR claims to have received a total of 6,720 complaints nationwide involving a range of issues including immigration and travel, discrimination, law enforcement and government overreach, hate and bias incidents, prisoner “rights,” school incidents, and anti-BDS speech. This is the highest number of civil rights complaints we’ve received in 27 years.

According to CAIR, these complaints clearly indicate that government discrimination and bias continue to have a disproportionate effect on Muslims and further demonstrate that Muslim communities continue to be viewed with suspicion. (And rightly so!)