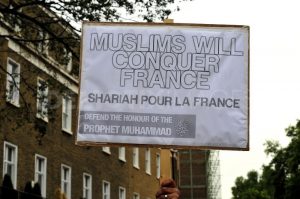 A 10-year-old Jewish girl was assaulted by her (Muslim) classmates and the home of a Jewish family was vandalized with hate graffiti in two Paris-area incidents deemed “antisemitic.” Of course, the media aren’t reporting them as Muslim attacks, but as you know, they always turn out to be. 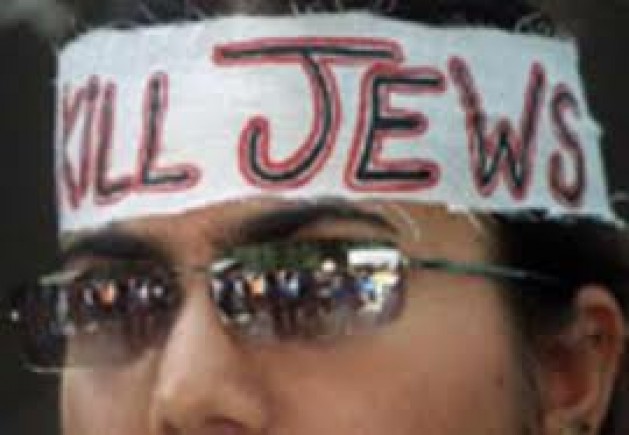 JPost  The alleged assault was reported to France’s ministry of education by the National Bureau for Vigilance Against Antisemitism, or BNVCA, the watchdog group wrote in a statement on its website Tuesday.

Separately, the same group reported that unidentified individuals on Wednesday wrote antisemitic slogans on the side of a home belonging to Jewish family in the eastern suburb of Noisy le Grand.

The mother of the girl who allegedly was assaulted, identified by BNVCA only as Ness, complained to police recently that a group of classmates of her daughter in the public school which she attends in Paris’ 18th district beat her on multiple occasions, often occurring day after day, only because she is Jewish.

After one beating, Ness was brought to hospital with a visible contusion to her stomach and ribcage, the report said, requiring 10 days of recovery. The child will be transferred to a different school, BNVCA wrote.

According to Francis Kalifat, the president of the CRIF federation of Jewish communities of France, antisemitic harassment has made public schools unsafe for Jews, leading to a sharp drop in the number of Jews attending them. In the past, a third of Jewish parents enrolled their children to public schools but now “no one does it,” he told JTA last year.

In the incident involving antisemitic graffiti, BNVCA said it was part of a campaign of intimidation against the family that owns the building targeted. 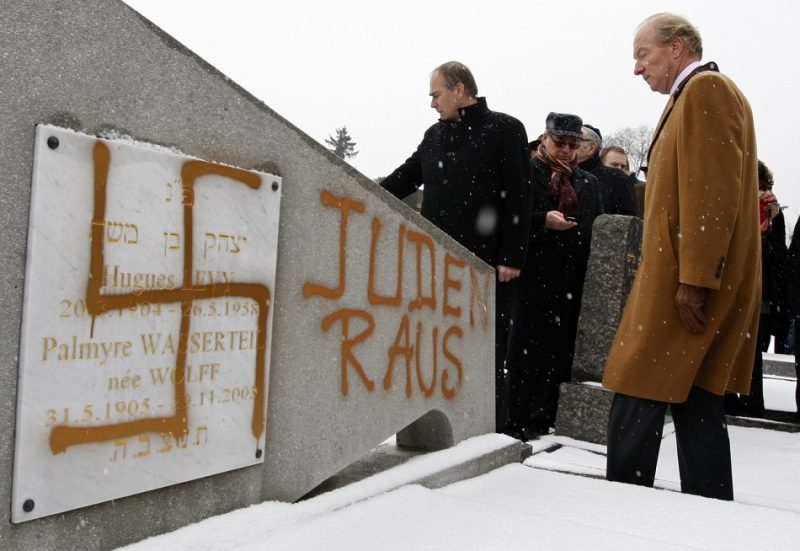 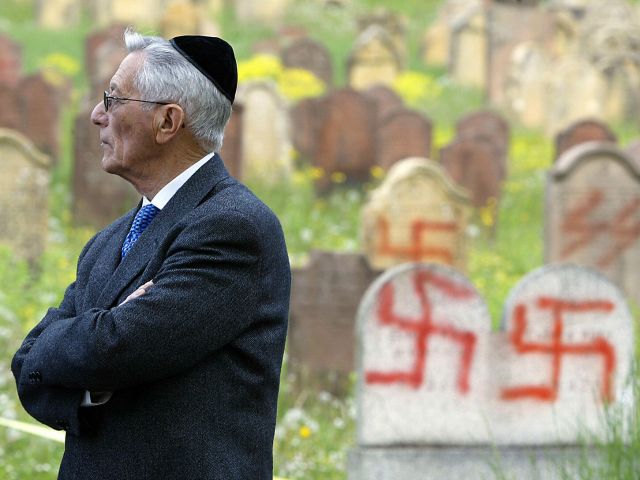 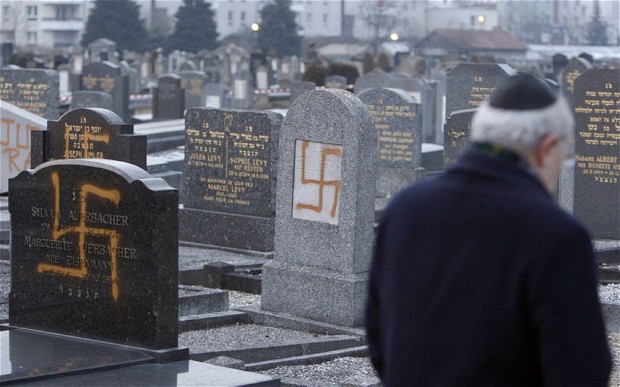 This time, they wrote “screw the shitty Jews, death to Jews, long live Palestine.” In recent years, the same family found in their mailbox an envelope featuring the words “Allah hu akbar” – Arabic for Allah is the greatest — with 9-milimeter bullets inside. They later received another envelope with a bullet for an AK-47 assault rifle and the words: “The next one is for you.”

The family is afraid to live in their home, wrote BNVCA, which complained to police about the incidents committed against the family and called on authorities to apprehend the culprits. 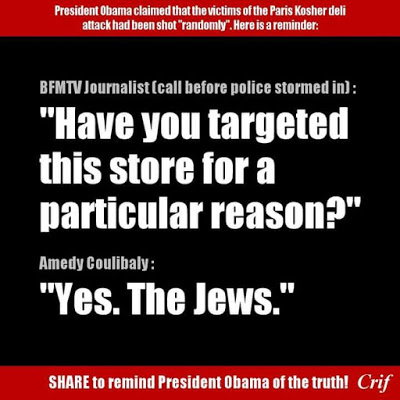 BNVCA said the incidents were expressions of what scholars of antisemitism are calling “new antisemitism” — assaults in which culprits cite Israel and its conflict with the Palestinians to justify violence or hostility toward individual Jews.

The organization accused some politicians in France of encouraging this phenomenon, including by agreeing to host next week at the Elysee presidential palace activists devoted to helping Hassan Hamouri, a terrorist for the Popular Front for the Liberation of Palestine terrorist group. 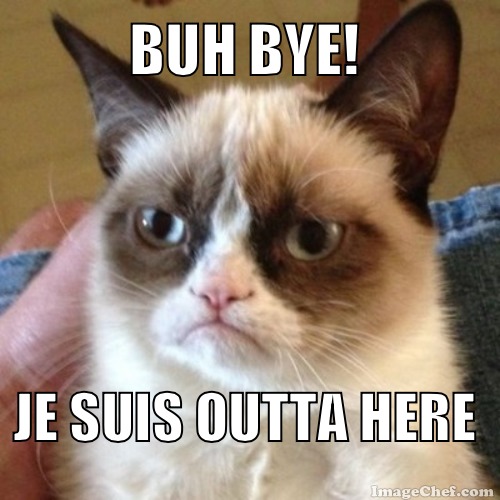 Hamouri was arrested by Israel in 2005 and imprisoned following his conviction of planning to assassinate the late Israeli rabbi Ovadia Yosef. Hamouri, who is a French citizen, was released in exchange for the Israeli soldier Gilad Shalit, whom Hamas abducted in 2006.

But he was arrested again, allegedly for violating the terms of his release by continuing to plan terrorist activities. Activists fighting for his release are planning a fundraiser in France for him on Oct. 9, after their planned meeting with an official at the Elysee.