Man posing as an UBER driver with a Muslim-sounding name sexually assaults woman on American University campus in Washington DC. There seems to be a preponderance of Muslim Ride-Share drivers who sexually assault women passengers. (See links below video)

Breitbart  A (Muslim?) man posing as an Uber driver in Washington, DC, is in custody after he allegedly raped a woman on American University’s campus. Authorities arrested El Houcine Jourhdaly, 36, of Springfield, Virginia, and charged him with felony first-degree sexual abuse, WTOP reports.

According to Uber, suspect El Houcine Jourhdaly of Springfield hadn’t driven for them since 2015, when the company kicked him off the app for reasons a spokesperson said she couldn’t go into. 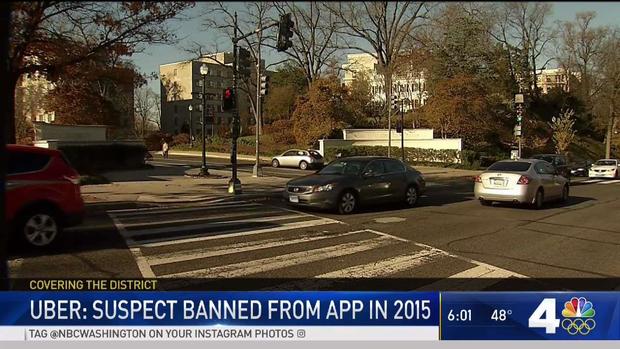 “At approximately 3:23 a.m., the victim received a ride, in what she believed was a vehicle for hire, from the suspect. When the suspect arrived at the listed location, he ordered the victim to exit the vehicle and then sexually assaulted her,” D.C.’s Metropolitan Police said in a statement.

Police say the 21-year-old victim got into an argument with her boyfriend after a night of drinking when Jourhdaly booted the boyfriend from his vehicle and raped the victim “with an unknown body part.” (Unknown body part???)

Uber told WUSA that the suspect used to work for the ride-sharing company, but Uber permanently banned him from driving for the app two years ago, though refused to give a reason why. Police say that, although Jourhdaly was not authorized to drive for Uber, he kept an Uber sticker on his Honda Civic.

Delaware: Muslim Uber driver burglarized homes when customers were away

Michigan: Another Sexual Assault by Another Muslim Uber Driver