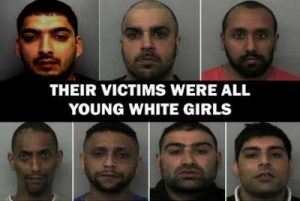 Ian Thomas, the strategic director of children’s services at Rotherham council, was speaking to BBC Radio 4’s Today programme after the once-failing department was rated as “good” by the education and child provisions watchdog Ofsted in a report published Monday.

Breitbart Thomas was appointed following the damning findings of the 2014 Jay Report which noted that council staff were not able to speak about the common ethnic profile of the attackers for fear of being called racists.

“We focus on what children tell us… They will lead us to their abusers and that requires excellent relationship based practice so we’ve proven, given the profile of the perpetrators over the past 20 months, that race is not an issue for us,” he continued. 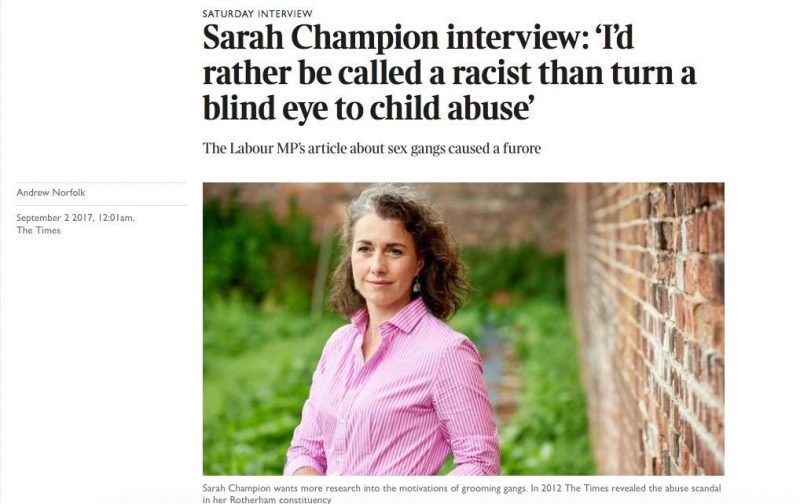 Attempting again to get clarity on the race issue, Montague said: “The reason why I raise race is because what became apparent was that there was a pattern [and] people were not allowed to talk about race… In this case, you needed to [see the race].”

“No,” Thomas said. “We needed to see the abuse. In terms of CSE, and the race dimension around CSE no race has the monopoly on CSE.”

“Indeed, but when you have a pattern of mainly Pakistani-originated men targeting mainly white English girls then surely you do need to take account of race?” asked Montague. “No. We take account of abuse. We put the child at the centre and take account of the abuse,” said the director of children’s services. 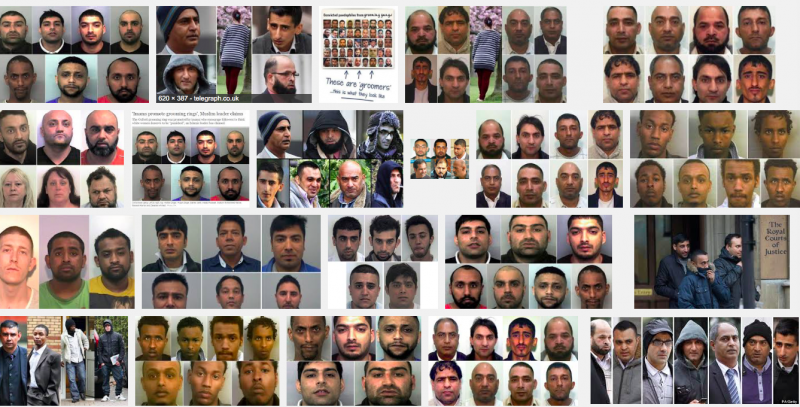 Breitbart A survivor of a Muslim grooming gang in Rotherham said she reported being raped when she was 13 years old, but authorities did nothing and told her not to mention the ethnicity of the attackers.

The rape survivor, Emma, told Katie Hopkins on LBC radio on Sunday: “I actually reported my abuse 14 years ago. I went to the authorities, my parents did. I sat and gave video interviews with the police, I was willing to work with them.

“But as soon as I said the names, I was made to feel as though I was racist and I was the one who had the problem.” “I was specifically told not to comment on the ethnicity of the perpetrators,” Emma said, adding she was told “numerous times” by police and social workers not to mention race. “I knew I wasn’t racist, but I felt like that was used as a way to silence me.” 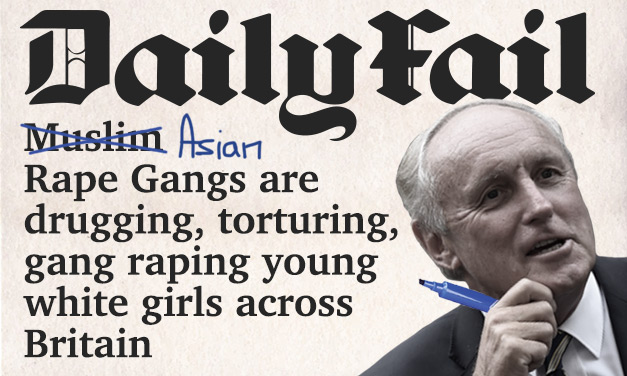 Groomed from 12, Emma told LBC listeners she was a virgin when she was raped at age 13. Detailing that the rapes happened regularly, she described one occasion where she was locked in a property and sexually assaulted by multiple men.

The Muslim grooming gang then began blackmailing the young teen, and threatened to gang rape her mother if she told her parents. “That was my life,” she said. The rapes continued after she reported it to police, as authorities told her it was “[her] word against his”. The police had also lost the clothes she had been raped in, leaving her with no evidence for a prosecution.

Let down by authorities, she found herself being further abused by other rape gangs. She reported rape again at the age of 14, but police said there was not enough evidence. Eventually, her parents moved her out of the country. “Nobody wanted to stop it, and that was the only way they could stop it,” Emma said.

Other Muslim grooming networks, including in Sheffield and Rochdale, have also been exposed since the first convictions in Rotherham in 2010.

The BBC produced a drama about girls affected by Muslim rape gangs – with no mention of Islam in press releases or the trailer, the writer claiming “there was no religious basis for this.”

Breitbart Three Girls, which was aired 16 May 2017 on BBC One, tells the story of three children from Rochdale targeted by a gang of Pakistani and Afghani origin Muslims between 2005 and 2008. The case resulted in the 2012 conviction of the nine men for serious sexual offences, including rape and human trafficking, inflicted on girls as young as 13.

“The drama will look at the way in which these girls were groomed, how they were ignored by the authorities directly responsible for protecting them, and how they eventually made themselves heard,” the BBC explained in a statement.

Speaking to The Guardian, the series writer Nicole Taylor, insisted: “There was no religious basis for this, but a wider discussion about why this was, and is, a distinct pattern would be welcome.” However, sentencing the men at the time, Judge Gerald Clifton bluntly disagreed, clearly stating that religion was a factor in the case and part of what motivated the men to treat the girls as they did.