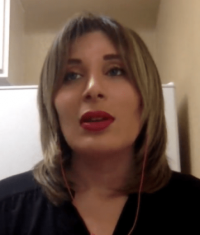 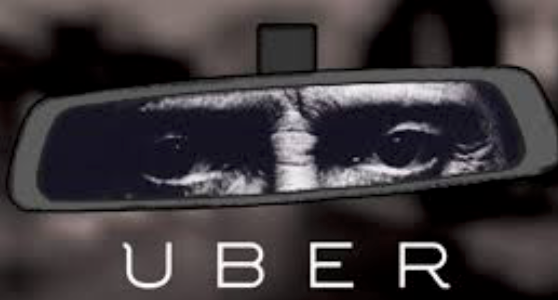 Since when can’t a private citizen express her opinion about a business or service that she finds dangerous? 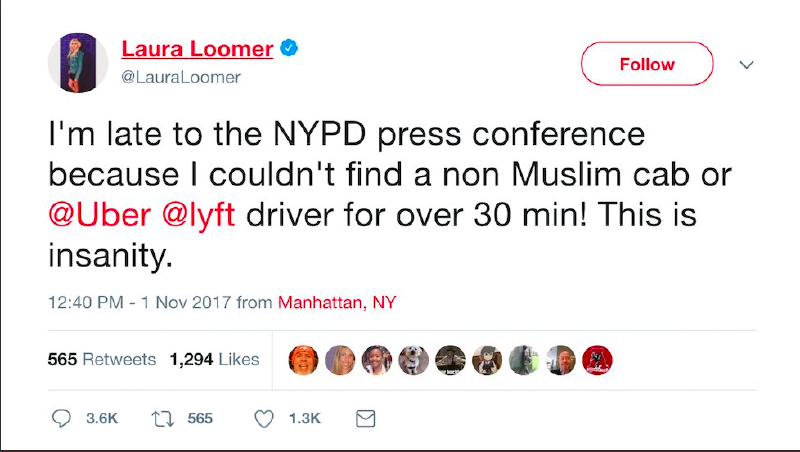 Later that day she posted, “Someone needs to create a non Islamic [sic] form of @uber or @lyft because I never want to support another Islamic immigrant driver” and “I generally try to not support Muslim owned business companies [sic] here in NY.”

These statements, if true, suggest that Loomer refused or cancelled rides when she perceived the driver was Muslim. Loomer has expressed similar sentiments in recent months. 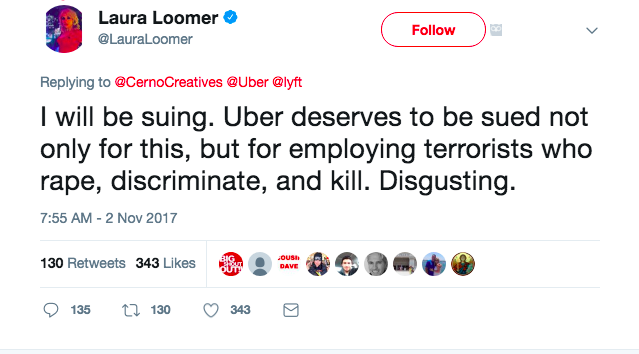 Last month, she tweeted that Uber drivers “commit terror attacks and rape on the daily.” In early June, she tweeted asking how many people are “going to be killed in Jihad” by Uber drivers.  (See links at bottom) 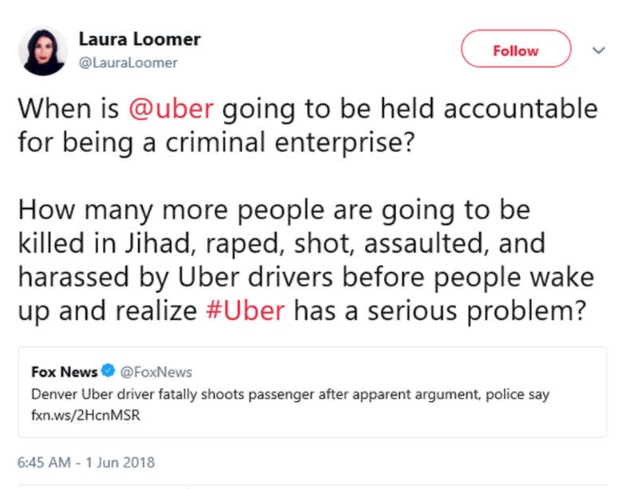 NYC’s Human Rights Law makes it illegal for a person to “refuse to buy from, sell to or trade with, any person, because of such person’s actual or perceived. . .creed.” The law also provides for civil penalties of up to $250,000 for discriminatory conduct that is intentional or wanton. 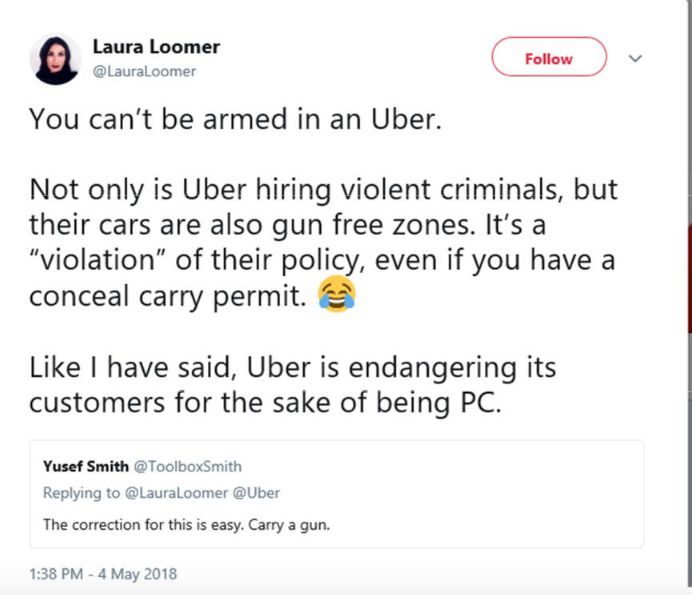 The commission has the authority to initiate investigations into claims of discrimination based on reports from the public, such as the referral letter sent by CAIR-NY today.

“The Supreme Court may be willing to ignore anti-Muslim bias, but our city must remain committed to fighting bigotry,” said CAIR-NY Legal Director Albert Cahn. “There simply should be no place in New York for anti-Muslim workplace discrimination. 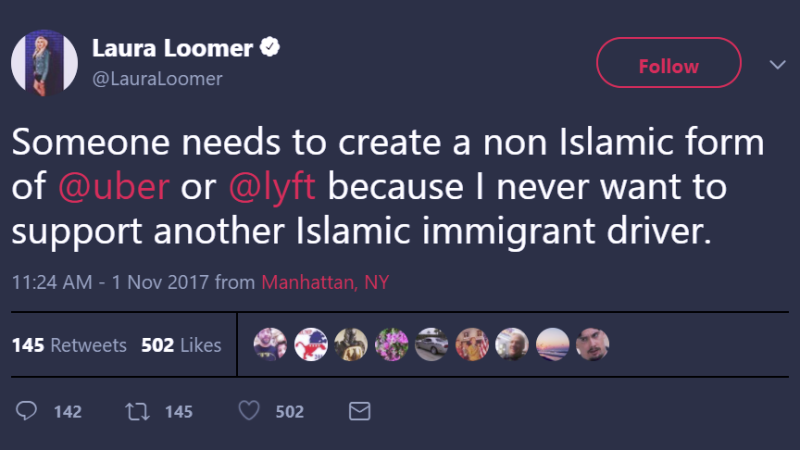 New Yorkers have the right to say and believe whatever they want, no matter how biased. But our law is clear, you cannot boycott or discriminate against businesses because of their religion.”