U.S. State Department says the decision came following Trump-ordered review meant to ensure that American taxpayer funds were ‘spent in accordance with US national interests.’ Apparently, Palestinians are still spending most of the money on paying terrorists who kill Israelis and supporting their families while they are in jail or dead. America won’t be funding that anymore. 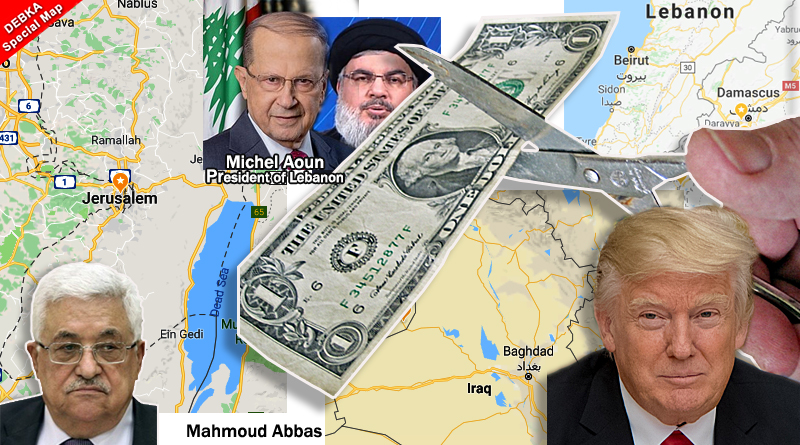 Times of Israel  This $200 million is in addition to the $300 million that Trump already cut from UNRWA (UN Relief & Works Agency), which runs schools  and provides other kinds of free medical services for Palestinians.  UNRWA U.N. agency for so-called Palestinian ‘refugees’ to cut 1,000 jobs after U.S. cuts more than $300 million in annual funding

This is not the first time Trump has cut longstanding aid bound to the Palestinians. In January, the White House announced it also would withhold $65 million in assistance to the UNRWA relief agency for Palestinians.

Earlier this month, the administration released millions of dollars in frozen aid to the PA, but only for Israeli-Palestinian security cooperation, an administration source said.

The funds withheld Friday are directed toward health and educational programs, as well as initiatives to make Palestinian governance more efficient. They are used both in the PA-administered West Bank and the Hamas-ruled Gaza Strip.

With most of the US funding gone, Palestinians will have find other countries to make up the difference. Or how about building up their own economy instead of living on handouts from the world? 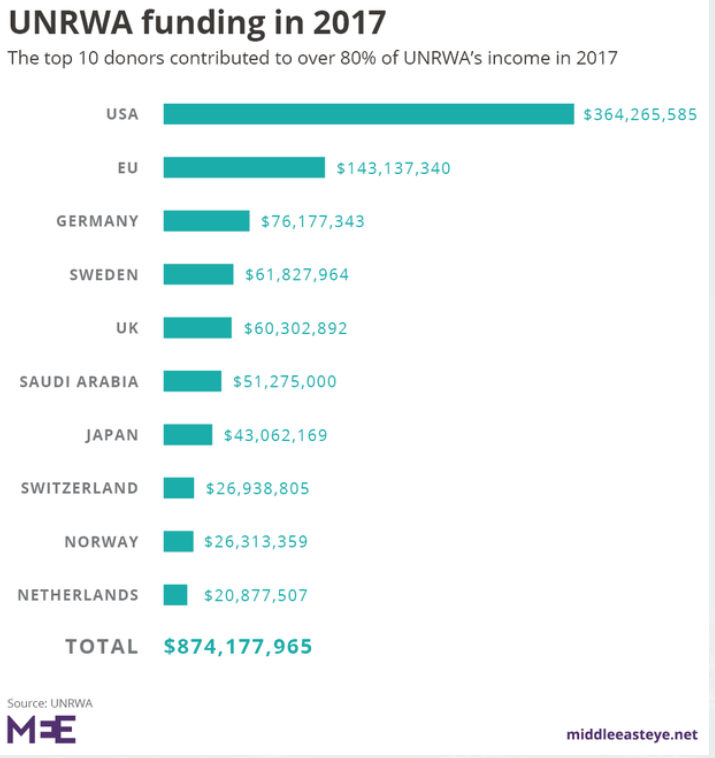 With the US funding most of their school and healthcare costs, Palestinians have been free to spend money on teaching young people military-style exercises at a summer camp (below) organized by the Islamic Jihad movement in the southern Gaza Strip. Hundreds between the age of six and 16 would participate in the summer camp where they receive military as well as religious training. 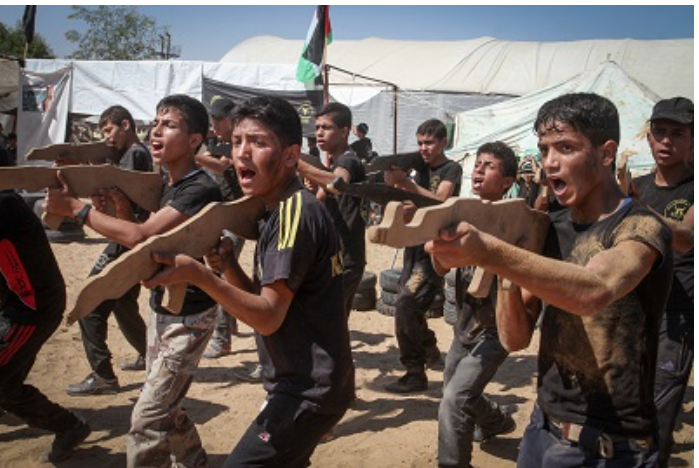 TRT World The United Nations agency dealing with Palestinian refugees may not be able to open schools for half a million children because it has run out of money since the United States cut its funding, UN officials say.

UNRWA already faces what it described as a “very tense” situation in Gaza after job cuts drew protests by its own employees, leaving some senior staff unable to work in their offices.

UN officials say that aid cuts by the US, the single largest donor to UNRWA, were a major cause of the crisis. In January, US President Donald Trump said he would scale back aid to the Palestinians unless they cooperate with his plans to revive peacemaking with Israel. Those peace efforts stalled in 2014.

“The actions that we are now seeing are consequences of the decision by the Trump administration to withhold $305 million for UNRWA this year, so whether it is political or not, it has catastrophic implications and consequences for us on the ground,” said Gunness.

In January Trump tweeted, “we pay the Palestinians HUNDRED OF MILLIONS OF DOLLARS a year and get no appreciation or respect. They don’t even want to negotiate a long overdue peace treaty with Israel.”

Palestinian schools might not be able to open this fall. Guess they’ll have to choose between sending their kids to school and funding terrorists for life.

Times of Israel  The Trump administration said the terror group’s control of Gaza was one of the main reasons it wanted to cease its aid to the coastal enclave.

“This decision takes into account the challenges the international community faces in providing assistance in Gaza, where Hamas control endangers the lives of Gaza’s citizens and degrades an already dire humanitarian and economic situation,” the State Department official said. (DIRE? What a joke, Gaza is filled with luxury shopping malls, 5-star restaurants ad clubs, water parks, sports facilities, and so much food, Gaza women are among the most obese in the world)

The official did not give an exact amount of the funds to be cut, but said it is more than $200 million that was approved in 2017. The US had planned to give the Palestinians $251 million for good governance, health, education and funding for civil society in the current budget year that ends September 30.

But with just over a month to go before that money must be used, reprogrammed to other areas or returned to the Treasury, less than half has actually been spent.

Friday’s move was immediately castigated by the Palestinians, who said the cuts were “cheap blackmail.” 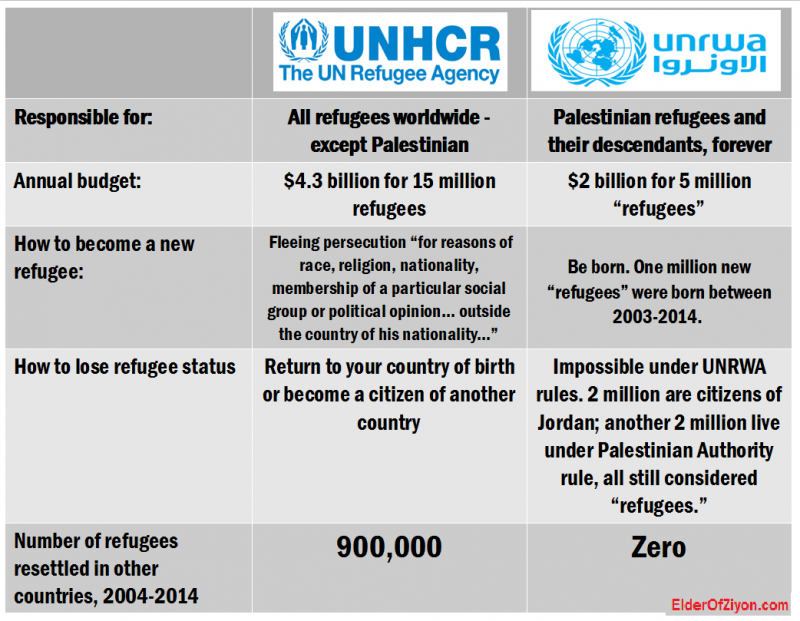 PLO Executive Committee member Dr. Hanan Ashrawi said the Trump administration “has already demonstrated meanness of spirit in its collusion with the Israeli occupation and its theft of land and resources; now it is exercising economic meanness by punishing the Palestinian victims of this occupation.”

THIS JUST IN: US set to announce it rejects Palestinian ‘right of return’ Trump Administration will also declare it opposes UN criteria for determining Palestinian refugees, and will move to further weaken UNRWA refugee agency

FAR LEFT US Jewish groups also cast the cuts as detrimental to efforts, and said they would exacerbate Palestinian suffering. (Let the rich Saudis support them, why should we?)

The George Soros-funded far left-wing anti-Israel Jewish advocacy group, J Street, said Trump’s decision would “have a devastating impact on innocent women, children and families,” arguing that they were intended to “cruelly punish Palestinian civilians and marginalize and undercut Palestinian leadership.” (Too bad)