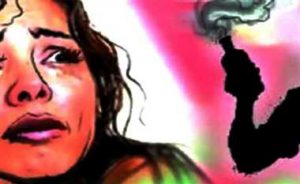 THE REASON? Mainly mass Muslim migration. While not all the attackers and/or their victims are Muslims, in the Muslim world, acid attacks, mostly against women, are rampant. So it stands to reason that Muslim immigrants have brought with them this horrific form of punishment to the UK and anywhere else they settle in the West. 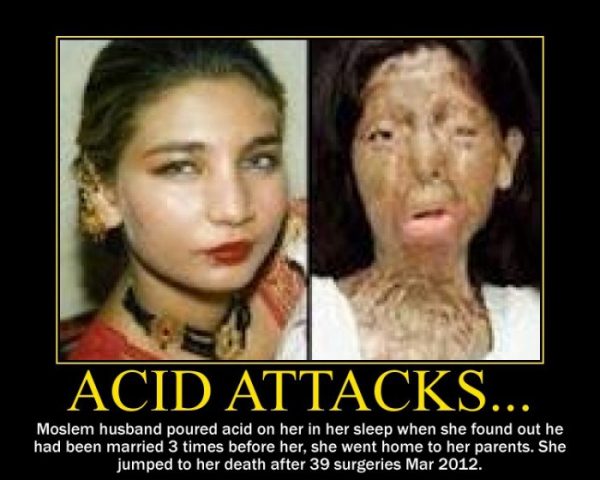 Breitbart (h/t Mili) The United Kingdom’s surge of the previously unheard of phenomenon of acid attacks has seen an average of 15 a week over the past three years, with the vast majority taking place in the crime-struck capital, London.

There were 2,602 acid attacks in Britain between January 2015 and May 2018, the equivalent of 15 a week, according to government figures accessed by The Mirrornewspaper.

Comparing that figure — which will almost certainly be higher on average for 2018 crimes given the apparent surge in acid attacks in the past year — the newspaper notes between 2007 and 2011 there were just 100 such attacks, or just one a fortnight over the period. 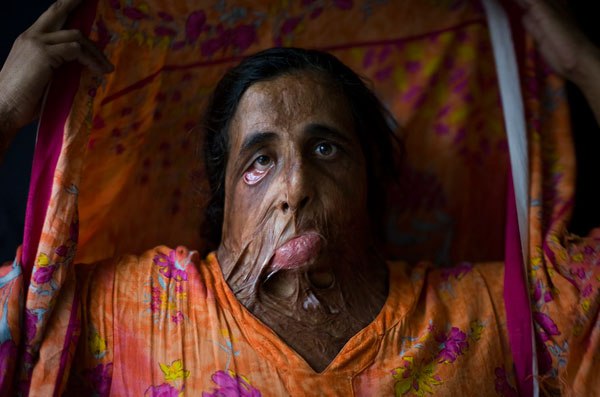 Of the attacks, the majority took place in London — 73 per cent — despite just 12 per cent of people in the United Kingdom living in the capital.

The paper also reports instances of particular attacks that have taken place in recent years, some of which child victims and even child perpetrators — one as young as six years old.

Breitbart London has reported on the rising prominence of acid attacks in the United Kingdom and in London in particular, with the city being crowned the world acid attack capital in 2017, with incidents reaching “epidemic” levels, according to medics working on acid victim care. 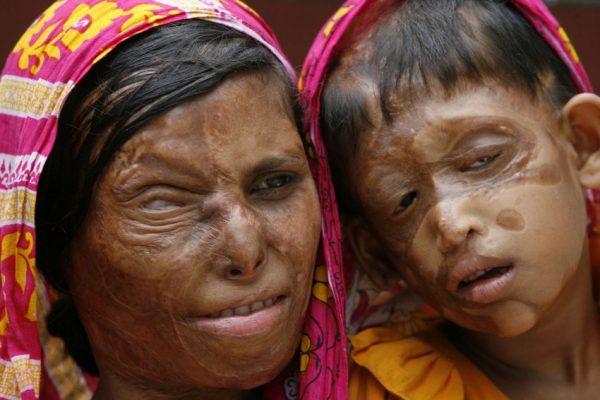 While the attacks are often severely debilitating and leave victims with what are euphemistically called “life-changing injuries”, Britain saw its first prosecution for an acid attack killing in 2018. The victim, who had just come from the grave of her daughter, died 11 days later.

In another attack which saw particularly strong media attention, a three-year-old boy was splashed with acid during a “deliberate” attack which police attributed to “community violence”. The extent to which the boy’s injuries will impact him in the long run is not yet known. Five were subsequently arrested, with the case soon going to court.