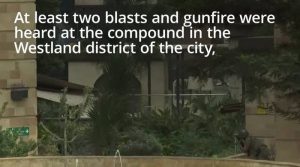 Explosions and gunfire ripped through a hotel/business complex in Nairobi on Tuesday (Jan. 15), in an attack claimed by the al-Qaeda-linked Somali terrorist group al-Shabaab. One British citizen is reportedly among the dead. Although based in Somalia, Al Shabaab has carried out terror attacks, often in conjunction with ISIS, in other parts of the African continent. In Kenya,  Muslims comprise only 11% of the population, yet are behind a majority of the terror attacks there.

QUARTZ Africa  The explosion at the DusitD2 compound, which includes a 101-room hotel, restaurant and several office buildings housing local and international companies, was heard from AFP’s bureau some five kilometres (three miles) away.

Police confirmed the assault happened after 3 pm local time in 14 Riverside, which houses offices, retail outlets, and restaurants along with the upscale DusitD2 hotel. 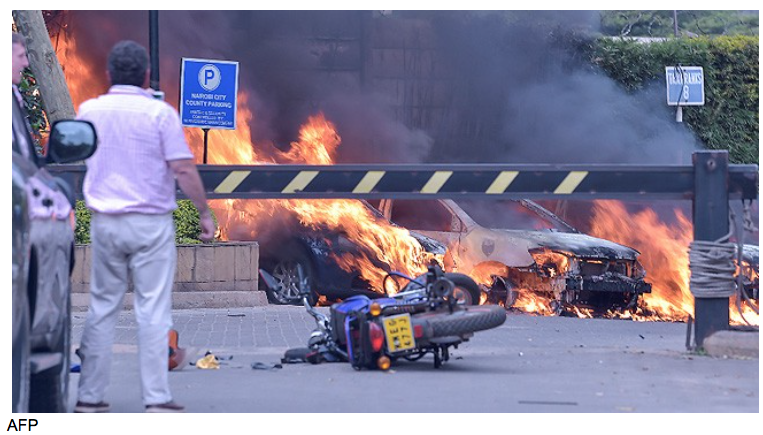 The coordinated attack first started at the I&M Bank, followed by an explosion that targeted three vehicles in the parking lot, trailed by a suicide explosion in the foyer of Dusit hotel where a number of guests suffered injuries.

Several wounded victims were also removed from the premises with emergency services including the Kenya Red Cross arriving at the scene to provide first aid. One person inside the complex who texted Quartz Africa said they had locked the doors to their offices and “barricaded” themselves with two colleagues in the boardroom. They also said they didn’t know what was going on and how or if they will be evacuated.

A suspected terror attack is unfolding at a hotel complex in the Kenyan capital, Nairobi.

Witnesses have reported an explosion and heavy gunfire.

BBC The attack began at about 15:00 local time (12:00 GMT) when four gunmen threw bombs at vehicles in the car park before entering the lobby, where one blew himself up, police say.

A woman working in a neighbouring building told Reuters news agency: “I just started hearing gunshots, and then started seeing people running away raising their hands up and some were entering the bank to hide for their lives.” 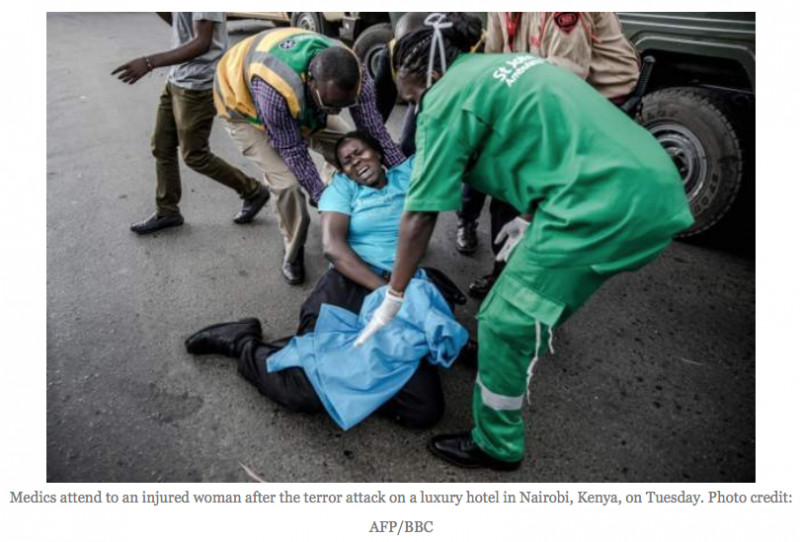 Security camera footage showed at least four heavily armed men walking in and opening fire. There are reports they had been seen visiting the compound in recent days.

Every person escaping the Dusit complex has the same story – heavily armed men firing indiscriminately, using bombs and automatic rifles to kill. Most were too shaken to talk. They were all relieved to have escaped. 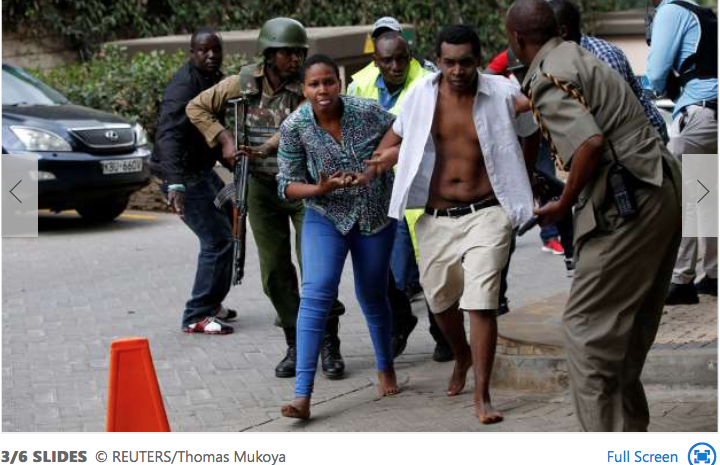 They were coming out in small groups, many hours after the first explosions. The blasts could be heard across the city. I was in my flat round the corner when they happened, followed by the unmistakable sound of gunfire.

The pictures that have been coming from inside are truly horrific. Ordinary people going about their business, murdered as they had lunch or did their jobs.

Al Shabaab supports the Wahhabi version of Islam and imposes strict Sharia laws in the areas it controls. They stone women accused of adultery and cut off the hands of thieves.

They get funding from other terrorist groups, state sponsors (Eritrea, Iran, Saudi Arabia, Qatar, Syria and Yemen), and from crimes such as piracy, kidnapping and extortion of local businesses and farmers. According to US-based Security Council Report, the group earns millions of pounds a year through an illicit trade in charcoal, despite a UN ban on Somali charcoal exports. 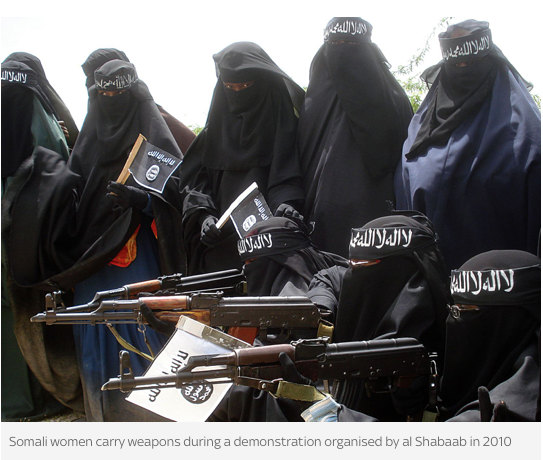 In 2013 they killed 67 people in an attack on a shopping mall in the Kenyan capital Nairobi and two years later 148 people were killed when they attacked a university in the Kenyan city of Garissa. Kenya was also targeted because of the presence of its troops in Somalia.

The worst loss of life, however, was in Somalia, where twin truck bombings in October 2017 killed more than 500 people and injured more than 300. Al Shabaab did not claim to be behind this attack, but are widely suspected to have been. 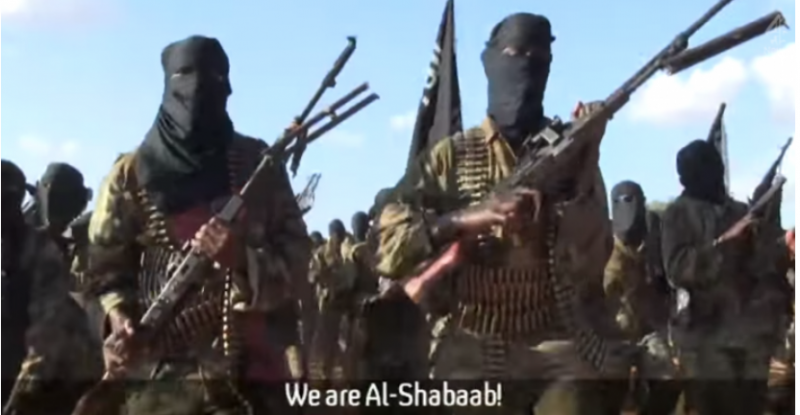