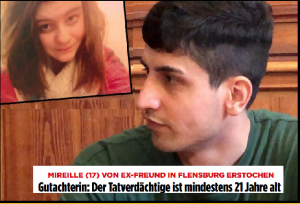 GERMANS, already outraged over the light sentence (8-½ years) given to another Afghan Muslim, 17, for murdering a 15-year-old German girl in Kandel,  forced the court to try this latest Afghan Muslim migrant as an adult for murdering his girlfriend, Mireille, 17, in Flensburg.

Related coverage: Germany – Outrage In Kandel As Afghan Sentenced To 8 Years For Murder Of Teen (15) 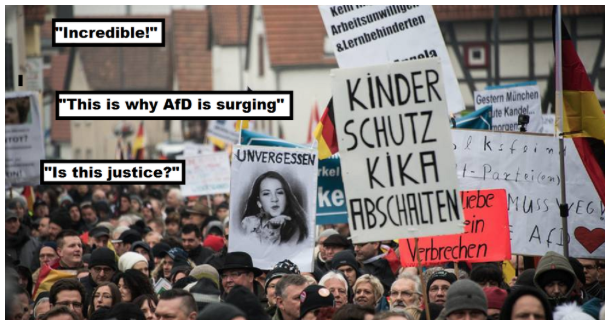 Daily Mail  (h/t TherezaB) The asylum seeker, identified as Ahmad S. due to German privacy laws, was found guilty of stabbing 17-year-old girlfriend Mireille 14 times at her flat in Schleswig-Holstein in March last year because she ended their relationship.

The court heard how Ahmad S (photo below) turned out to be 11 years older than he claimed, after he arrived in Germany seeking asylum as a minor in 2015. Ahmad S. claimed that he is currently 18 years old, but the court had doubts and ordered an age test. Forensic expert Sabine Gumpert testified at the start of the trial that Ahmad S. was at least 21 years old and that her examination strongly suggested he could even be 29 years old. 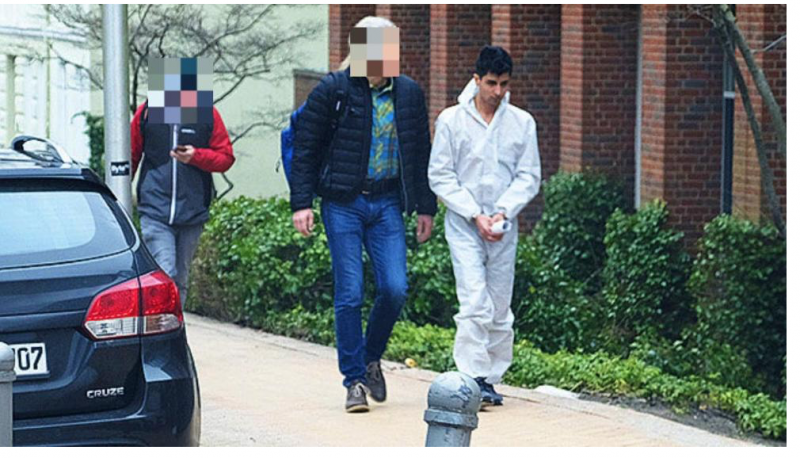 As a result, the court sentenced Ahmad S. according to adult law instead of juvenile law, which in Germany is customary for those under the age of 21 and would have barred the judges from putting him away for life.

In recent years, a frighteningly large number of Afghan migrants have been caught lying about their age when they first entered Germany in the hope of securing a better chance of asylum. 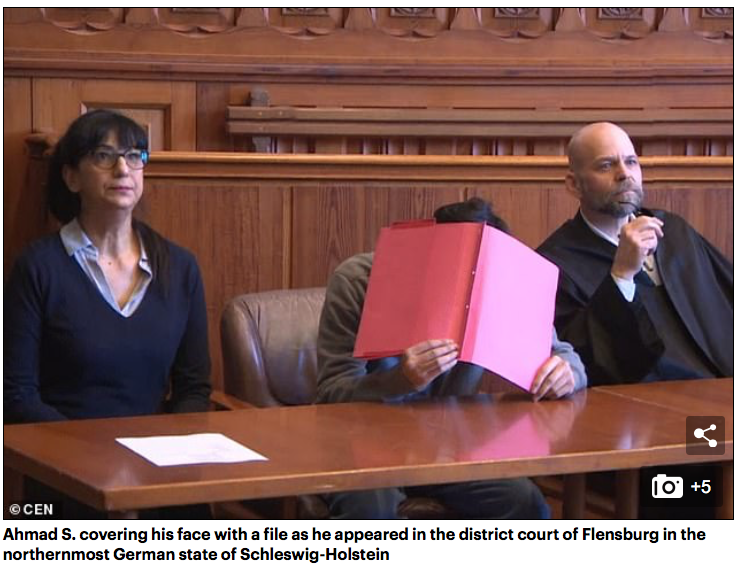