MINNESOTA: A Rochester (Somali?) Muslim man, Bakil Dahir, has been convicted of felony sexual assault and false imprisonment charges in connection with an attack on a woman after she and her boyfriend hailed a ride from him. 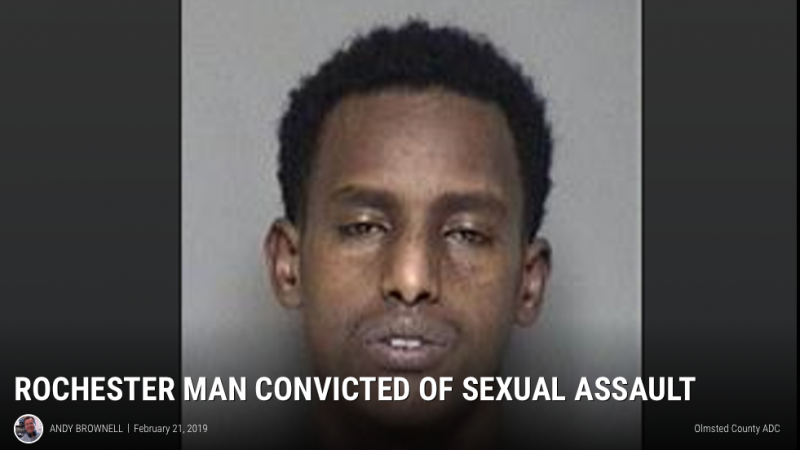 KROC-AM (h/t PV) 25-year-old Dahir was found guilty of third-degree criminal sexual conduct and the false imprisonment charge in a trial last week. He was acquitted of a second-degree assault count and a misdemeanor assault charge in the case.

Dahir was arrested last fall after a woman alleged he raped her after offering to give the victim and her boyfriend a ride home following a night out drinking in a downtown Rochester bar. The criminal complaint alleged Dahir forced the boyfriend out of the vehicle and then drove to another location where the woman was sexually assaulted. Court documents indicate.

Dahir was identified as the suspect because the woman was able to give police the license plate number of his vehicle.