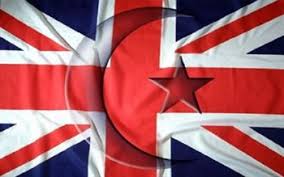 In two unrelated cases, the United Kingdom denied asylum to persecuted Christians by bizarrely citing the Bible and Jesus. Both Christians, a man and a woman, are former Muslims who were separately seeking asylum from the Islamic Republic of Iran, the ninth-worst persecutor of Christians — particularly of those who were Muslims and converted to Christianity. 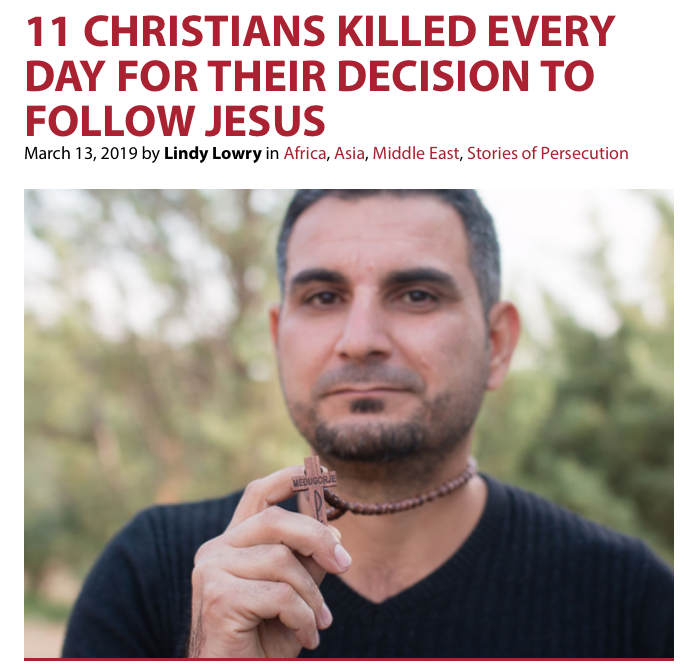 Middle East Forum – Raymond Ibrahim Gatestone Institute UK asylum worker Nathan Stevens recently shared their stories. In his rejection letter from the UK’s Home Office, which is in charge of immigration, the Iranian man was told that biblical passages were “inconsistent” with his claim to have converted to Christianity after discovering it was a “peaceful” faith. The letter cited several biblical excerpts, including from Exodus, Leviticus, and Matthew, presumably to show that the Bible is violent; it said Revelation was “filled with imagery of revenge, destruction, death and violence.” The governmental letter then concluded:

“These examples are inconsistent with your claim that you converted to Christianity after discovering it is a ‘peaceful’ religion, as opposed to Islam which contains violence, rage and revenge.” 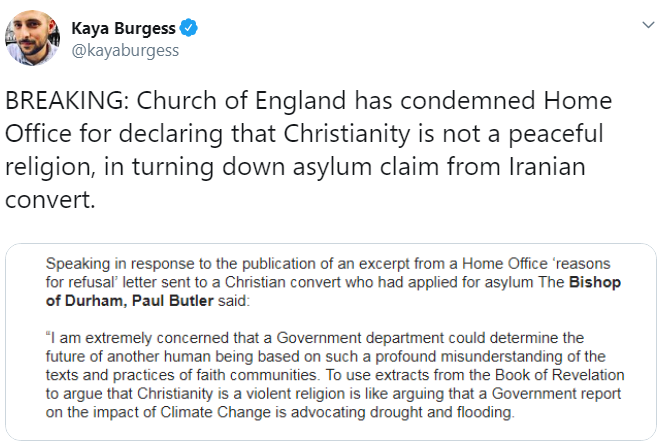 “Whatever your views on faith, how can a government official arbitrarily pick bits out of a holy book and then use them to trash someone’s heartfelt reason for coming to a personal decision to follow another faith?

In rejecting the claim for asylum of this man who converted from Islam to Christianity, and presumably compelling his return to Iran, the British government is effectively sentencing him to death.

In the second case, an Iranian female asylum seeker was informed in her rejection letter: 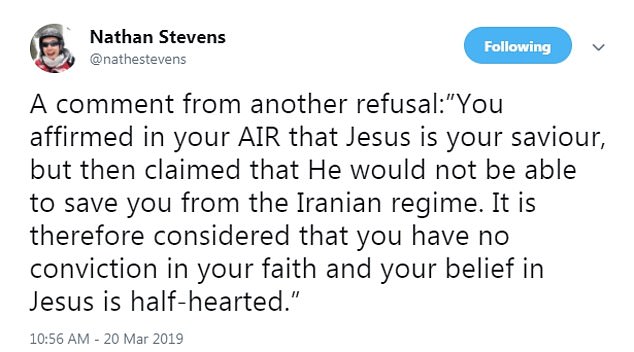 Recently interviewed on BBC Radio 4, the woman, who wishes to remain anonymous, said:

“When I was in Iran I converted to Christianity and the situation changed and the government were [sic] looking for me and I had to flee from Iran…. In my country if someone converts to Christianity their punishment is death or execution.”

Concerning the asylum process, she said that whenever she responded to her Home Office interviewer, “he was either chuckling or maybe just kind of mocking when he was talking to me…. [H]e asked me why Jesus didn’t help you from the Iranian regime or Iranian authorities.”

These two recently exposed cases appear to be symptomatic not only of a breathtaking lack of logic that flies in the face of history, but also what increasing appears to be a venomous Home Office bias against Christians.

For instance, when Sister Ban Madleen, a Christian nun in Iraq who had fled the Islamic State, applied to the Home Office to visit her sick sister in Britain, she was denied a visa — twice. Another report cites a number of other Christian orderlies who were denied visas, including another nun with a PhD in Biblical Theology from Oxford; a nun denied for not having a personal bank account, and a Catholic priest denied for not being married. 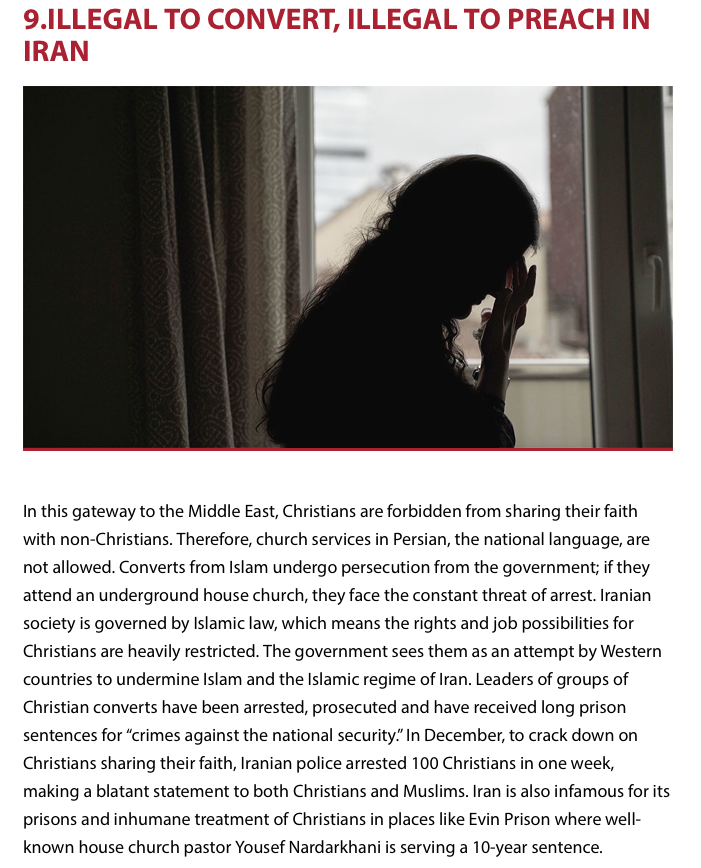 Even longtime Christian residents are being deported. Earlier this year, Asher Samson, 41, a Christian man who had been residing in the UK for 15 years and undergoing theological studies, was deported back to Pakistan — where he had earlier been “beaten and threatened by Islamic extremists.” (Such treatment is normative for Christians in Pakistan, the world’s fifth-worst persecutor of Christians.) Samson’s former UK pastor said:

“I’ve received some messages from him. He’s very scared, he’s fearful for his life…. He’s in hiding in Pakistan and his family are terribly worried for him…. At the moment he has no funds to live on — he can’t work …. [T]he UK is sending people back to these countries where their lives are in danger.” 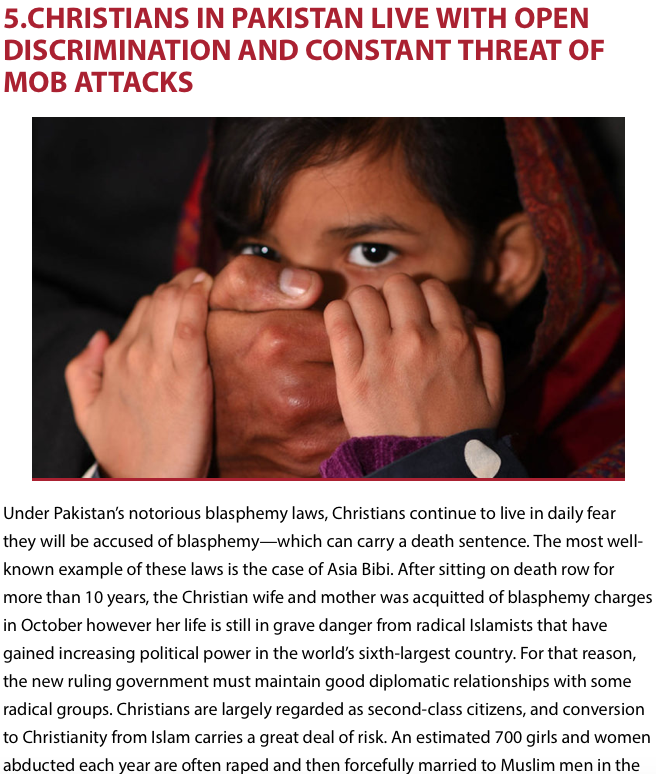 By contrast, a report from the Barnabas Fund found that in offering asylum, the UK “appears to discriminate in favour of Muslims” instead of Christians. Statistics confirm this allegation:

Considering that persecuted Christian minorities — including priests and nuns — are denied visas, one might conclude that perhaps the Home Office just has extremely stringent asylum requirements. This notion is quickly dispelled, however, when one sees that the Home Office regularly grants visas and refugee status to extremist Muslims. One has yet to hear about Muslim asylum seekers being denied visas because the Koran is too violent, or because they do “not have enough faith” in Muhammad. 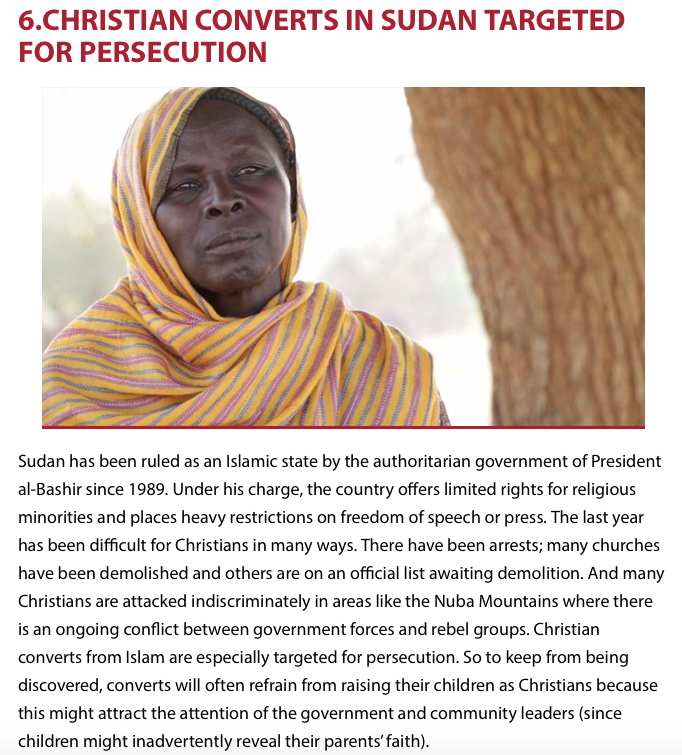 Ahmed Hassan, despite having no papers — and despite telling the Home Office that “he had been trained as an ISIS soldier” — was still granted asylum two years before he launched a terrorist attack in a London train station that left 30 injured in September 2017.

The Home Office also allowed a foreign Muslim cleric, Hamza Sodagar, to enter and lecture in London, even though he advocates beheading, burning, or throwing homosexuals from cliffs. 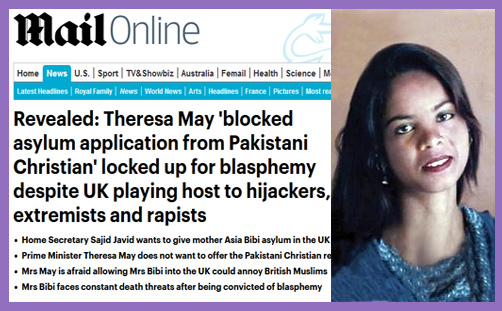 The case of Asia Bibi — a Christian mother of five who has spent the last decade of her life on death row in Pakistan for challenging the authority of Muhammad — is perhaps emblematic of the immigration situation in the UK. After she was finally acquitted last November, Muslims rioted throughout Pakistan; in one march, more than 11,000 Muslims demanded her instant and public hanging.

As Pakistanis make up the majority of all Muslims in the UK — Sajid Javid the head of the Home Office is himself Pakistani — when they got wind that the UK might offer Asia Bibi asylum, they too rioted. As a result, Prime Minister Theresa May personally blocked Bibi’s asylum application — “despite UK playing host to [Muslim] hijackers, extremists and rapists,” one headline read. The UK, in other words, was openly allowing “asylum policy to be dictated to by a Pakistan mob,” reported the Guardian, “after it was confirmed it urged the Home Office not to grant Asia Bibi political asylum in the UK…” 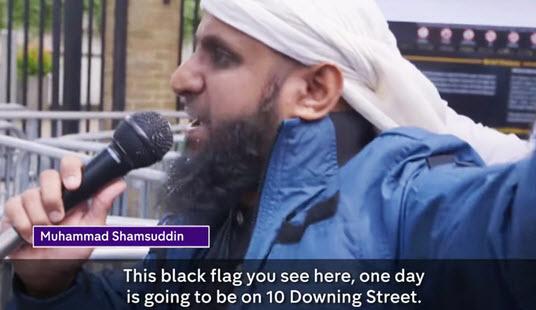 Commenting on the difficulties Christian minority asylum seekers have with the Home Office, Dr. Martin Parsons, the head of research at the Barnabas Fund, remarking that “visas were granted in July to two Pakistani Islamic leaders who have called for the killing of Christians accused of blasphemy,” summarized the situation:

“It’s unbelievable that these persecuted Christians who come from the cradle of Christianity are being told there is no room at the inn, when the UK is offering a welcome to Islamists who persecute Christians…. There is a serious systemic problem when Islamist leaders who advocate persecution of Christians are given the green light telling them that their applications for UK visas will be looked on favourably, while visas for short pastoral visits to the UK are denied to Christian leaders whose churches are facing genocide. That is an urgent issue that Home Office ministers need to grasp and correct.”