And the Islam-pandering non-Muslim mayor played right along as the useful idiot for Hamas-linked CAIR. 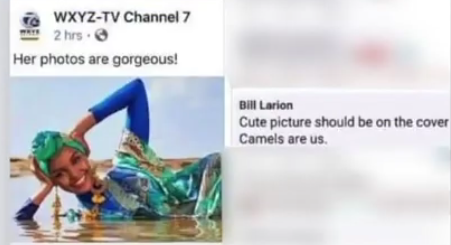 Original Story: Should a Dearborn employee be scolded/fired over a negative comment about the Sports Illustrated Somali Muslim “swimsuit model” covered in shrouds?