In Hindu-majority India, Muslims go on a rampage in the streets of New Delhi, breaking windows of buses and injuring Hindu passengers, just because they were denied permission to fill the streets with thousands of Muslims praying – in a display of Islamic supremacism. 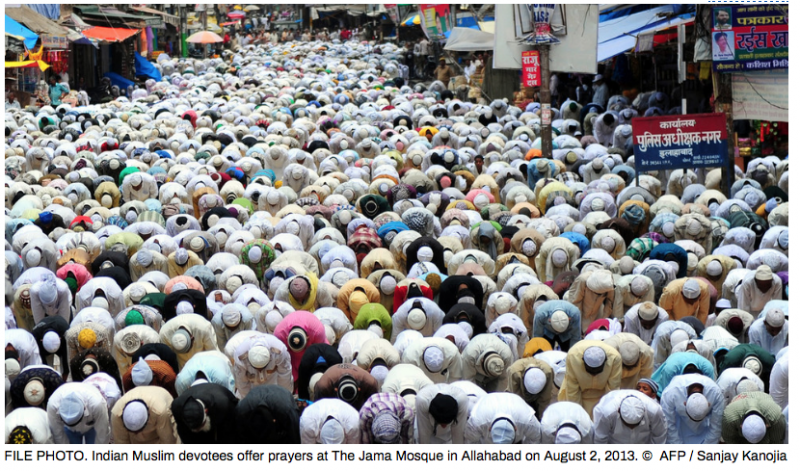 RT (h/t Sara S) Muslim worshipers in India should pray in mosques while those who block public streets while offering Namaz should be dealt with, an Indian lawmaker has said, as the country’s Islamic community celebrates Eid-al-Fitr.

Some religious practices of local Muslims cause inconveniences to residents of Indian cities, Bhola Singh, who was recently re-elected to the Indian parliament, said on Wednesday. The lawmaker from Prime Minister Narendra Modi’s Bharatiya Janata Party’s (BJP) is urging Muslims to restrict their prayers to specialized places of worship.

Indian social media users in overwhelming numbers supported Bhola Singh’s views, agreeing that prayers should be kept private while no community has the right to disrupt public order.

India’s latest census in 2011 showed that the country has over 172 million Muslims, around 14% of the entire population.