Here’s the report as broadcast by 680 News Toronto in which a Somali Muslim woman in a hijab claims she was attacked after getting into a verbal altercation with a group of Canadians. She says a man in the group spit in her face and told her to go back to her country. Apparently, it was the Somalis who filmed this.

A disturbing incident caught on camera at Canada's Wonderland where an 18-year-old woman in a hijab says she was attacked after getting into a verbal confrontation with another group. She says a man spit in her face and told her to go back to her country. pic.twitter.com/9jjWnEzj2V

Here’s the Canadians’ side of the story that probably won’t make it to 680 News as a follow-up: 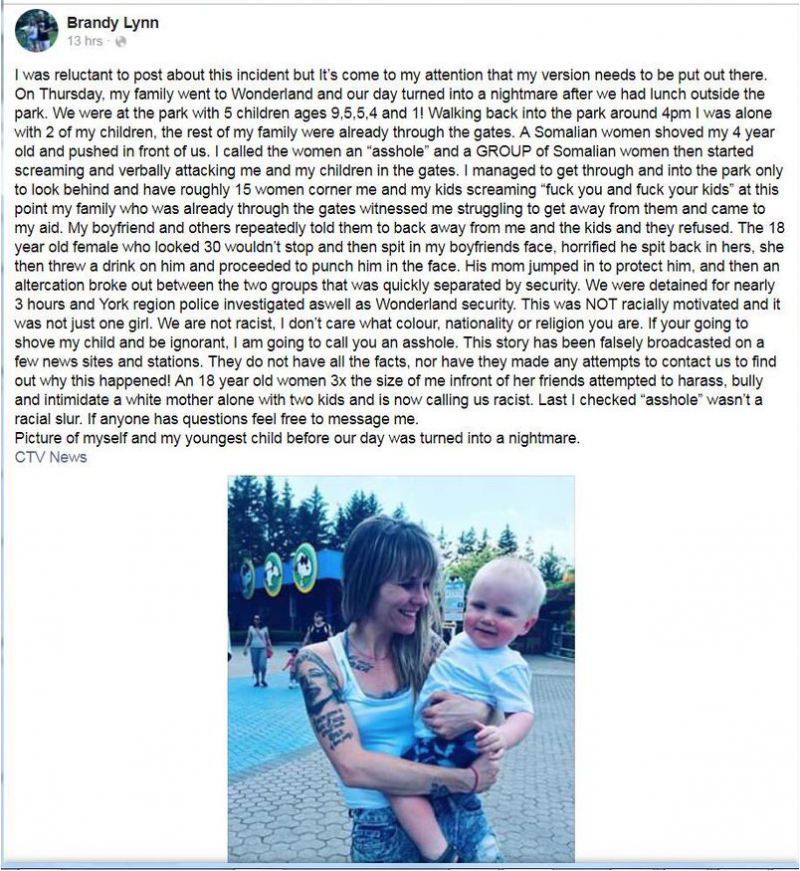