Former Muslim and BNI favorite, Raheem Kassan,  who says he “can’t stand Islam,” is due to take to the stage to speak at a conservative conference in Sydney next weekend, but the controversial views he wishes to talk about have already sent shockwaves through Australia. 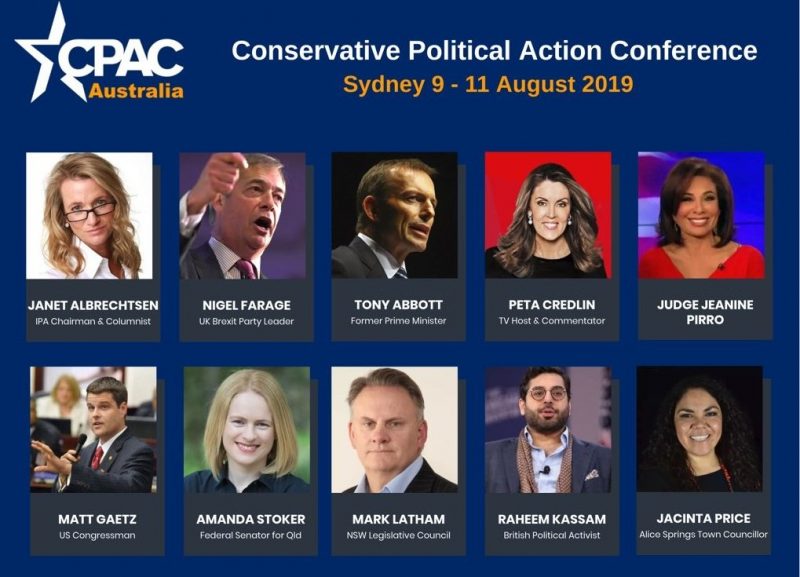 Our politicians have torn shreds off each other in and out of parliament this week after Shadow Home Affairs Minister Kristine Keneally demanded a block on Raheem Kassam’s visa.

Some of the 33-year-old British political activist’s questionable opinions have also drawn criticism from both sides of the house, with finance minister Mathias Cormann blasting an infamous barb at Scottish first minister Nicola Sturgeon as “disgraceful, highly objectionable and completely outrageous”.

In that particular attack, Mr Kassam suggested on Twitter that Ms Sturgeon’s “mouth and legs should be taped shut so she can’t reproduce” — shortly after she had a miscarriage.

On other occasions, he’s called the Koran “fundamentally evil”, blasted Islam as a “fascistic and totalitarian ideology” and asked his followers whether a prominent UK Labour politician was in the “special needs class” in school.

Formerly the editor-in-chief of Breitbart-London,  Kassam was born a Muslim and his parents are Tanzanian immigrants. However, he became inspired by the late socialist writer Christopher Hitchens’ rejection of religious faith and is now an atheist. 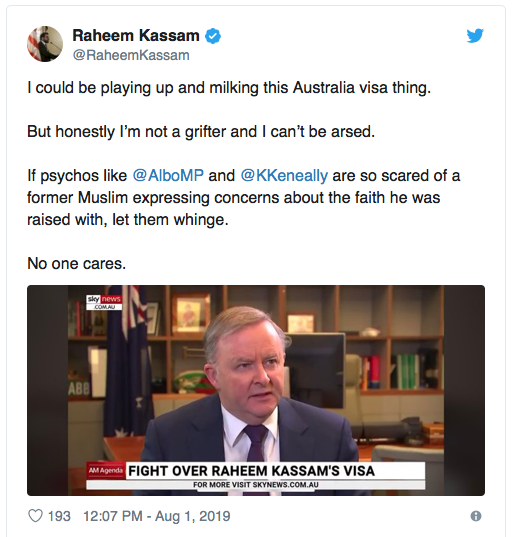 Mr Kassam also found admiration for conservative political giants like Margaret Thatcher and became involved in conservative student movements. Later in life, he became a senior adviser to one of the architects of Brexit and tweed jacket fan Nigel Farage during the 2015 general election.

The debate even caught the eye of Donald Trump’s son, who accused the ALP earlier this week of trying to silence conservative views. “The insanity needs to stop!”, he tweeted.

Raheem Kassam, Editor-in-Chief of Breitbart London, says, “London is being turned into a “shithole” by Muslim Mayor Sadiq Khan”