Dissatisfied with the living conditions and the time it takes to process their asylum claims, Muslims set fire to the camp, then attack firefighters & police as blaze rages at the Moria camp on the island of Lesbos.

RT  (h/t Lisa) Violence gripped the notoriously overcrowded Moria refugee camp on the Greek island of Lesbos as rioters trashed fire trucks and clashed with police after a fire broke out. A woman and a child were killed. 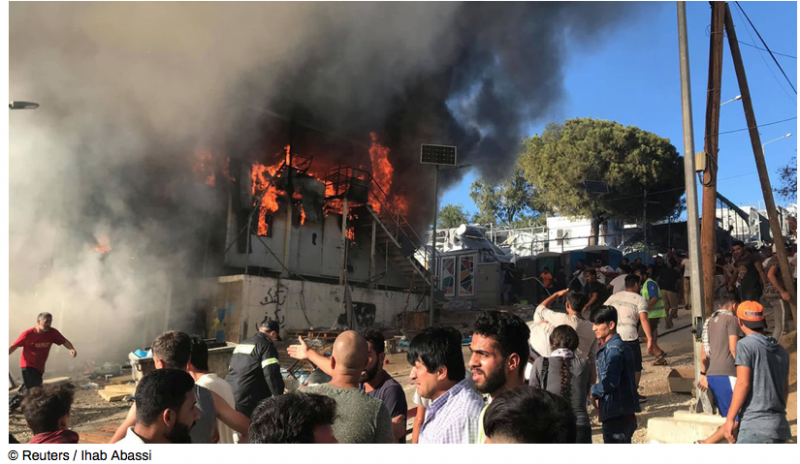 The first fire started at around 4:45pm on Sunday, some 400 meters from the refugee center, police said. It happened at an olive grove where a group of migrants were forced to set up camp because there was no room for them inside the main facility.

Once the fire in the grove was put out, another one broke out just 20 minutes later – this time inside the center’s section with two-story container homes where the migrants were living. Simultaneously, hundreds of migrants began rioting. They attacked the firefighters, destroying at least two fire trucks, and trashed the camp’s administrative buildings as well.

The firefighters then fled the scene, along with the camp’s staff. Police arrived, deploying tear gas and stun grenades against the violent migrants. There were not enough officers to quell the riot at first, so additional police units were sent to Lesbos. 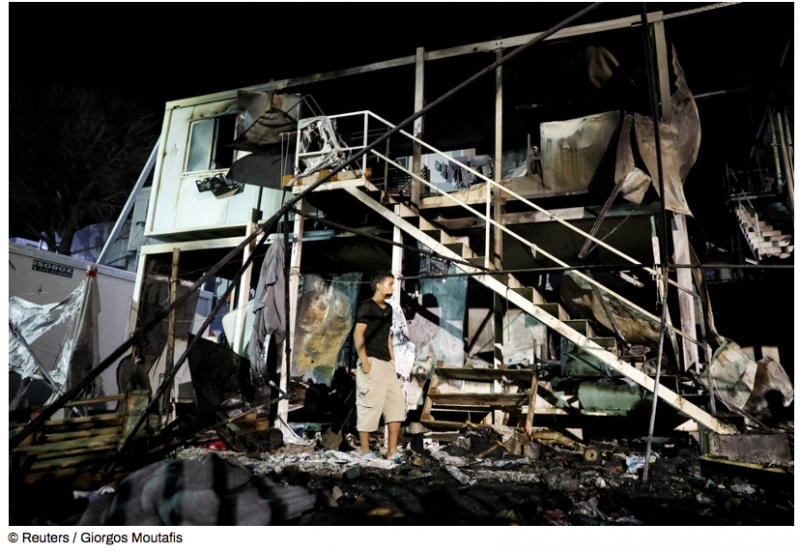 It is unclear what caused the fires. However, local media reported that some migrants were spotted lighting trash. As for the riot, it is said to have been sparked by the bad living conditions inside the camp.

A woman and a child were killed in the fire. The victims’ charred bodies were found inside container homes. Nine people were treated for injuries and smoke inhalation.

“The situation was totally out of control,” said the local police chief, Vasillis Rodopoulos, describing the melee sparked by the fire. “Their behaviour was very aggressive, they wouldn’t let the fire engines pass to put out the blaze, and for the first time they were shouting: kill police.”

Back in 2016, Muslim illegal migrants and asylum seekers set fire to a migrant camp on the Greek island of Lesbos.