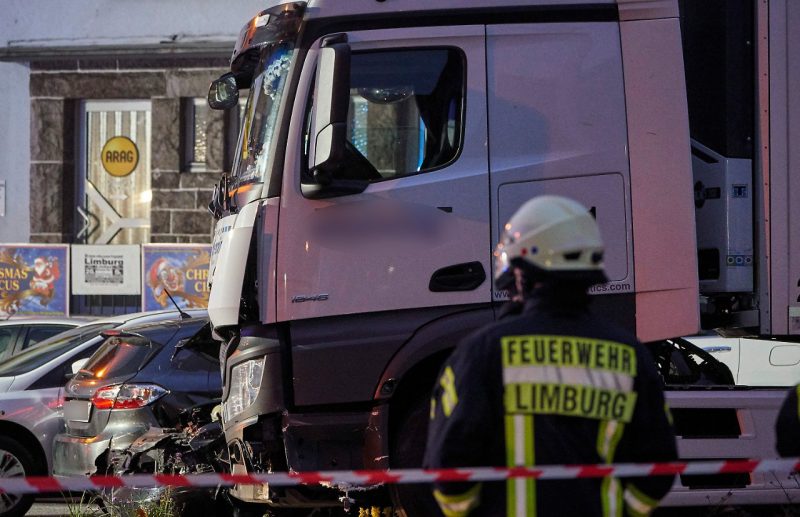 Translated from “Lastwagen fährt in acht Autos,” NTV (h/t Jihad Watch) A truck drove through a traffic light in Limburg in Hesse into several vehicles. Around a dozen people were insured and one seriously injured, said the police headquarters of West Hesse in Wiesbaden. The driver of the truck was arrested after the incident at the station.

According to a report in the “Frankfurt New Press”, the man was said to have hijacked the truck and deliberately rammed the cars in Limburg. The driver of the truck “is said to have been first stopped by several passers-by, with the driver saying ‘Allahu Akbar’ on several occasions,” the report said. The “FNP” reporter had interviewed the passers-by.

The police of Westhessen wrote on Twitter: “Please note: The suspect has been arrested, our investigations are underway – please hold back with guesswork, no one needs trolls or wild speculation.” (Or you could be arrested for Islamophobia?) 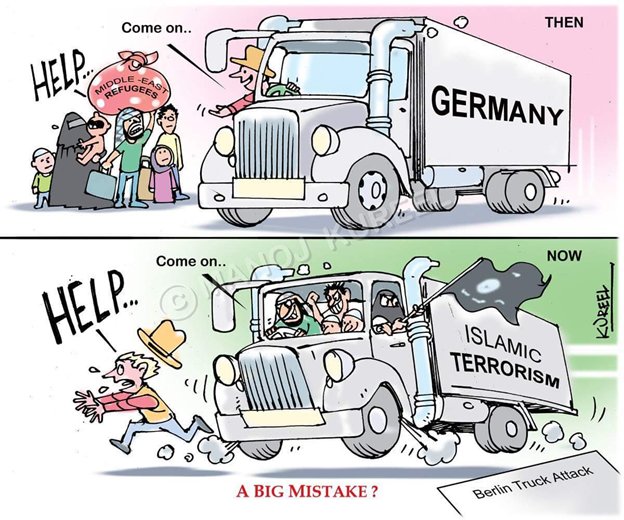 Here is an insightful assessment of this Muslim truck jihadist.

Click on the CC and settings* buttons at the bottom to get English subtitles.