A woman whose sexual exploitation as a child was ignored by police over fears of increasing “racial”  tensions with Muslims (what ‘race’ is Islam?) in Rotherham has said the force ‘aided and abetted’ the abuse of hundreds of children.

The Independent Office for Police Conduct (IOPC) upheld six complaints against South Yorkshire Police by a woman abused as a child for several years, starting in 2003. 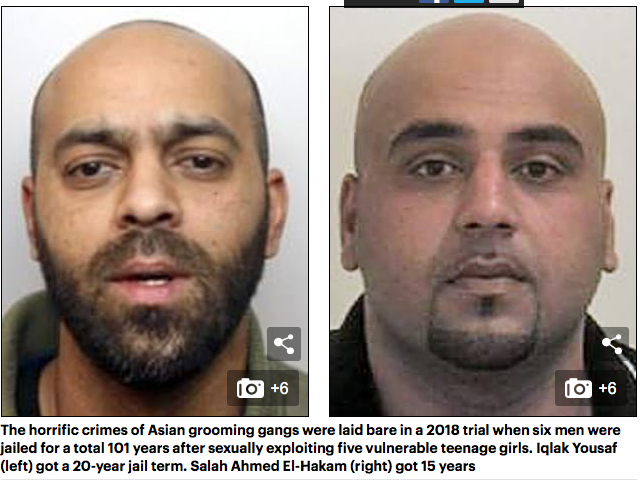 According to a leaked report by The Times, the watchdog said it was ‘very clear that you were sexually exploited by Asian (Pakistani Muslim) men’ and found police were aware of suspects but ‘took insufficient action to prevent you from harm’. 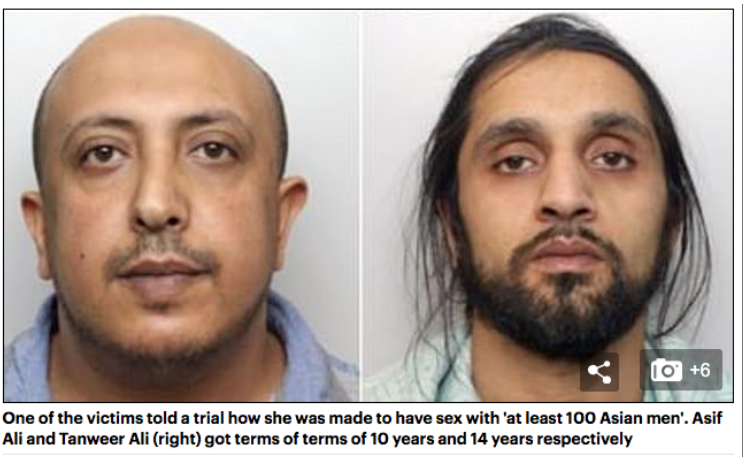 The woman, who received the 13-page report on Wednesday after first making the complaints in 2014, said children were ‘sacrificed’ by the failings of the police. 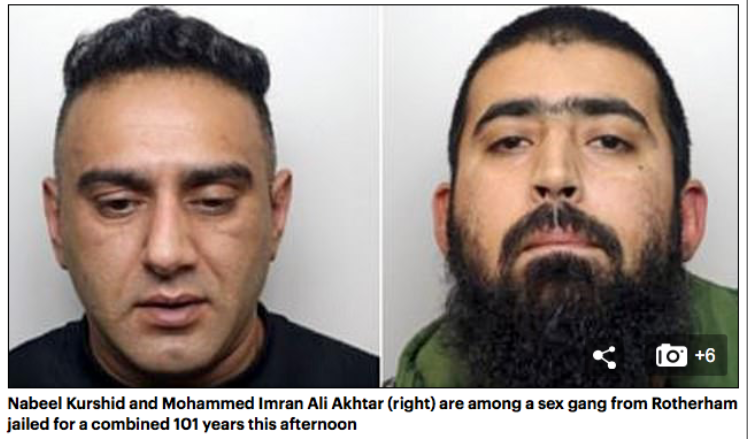 She told the PA news agency: ‘I always thought that maybe the police didn’t understand what was happening until I got the report, and now I fully understand that they knew exactly what was going on. 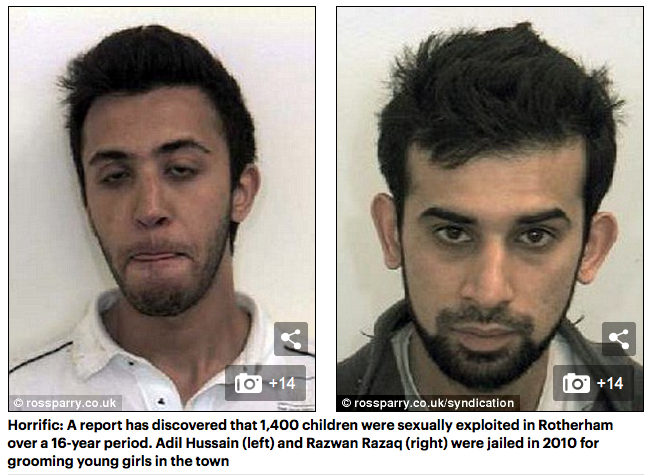 How could they do this to hundreds and hundreds of children? How could they go home at night after doing a shift and go to sleep? ‘We were never seen as children abused, they didn’t care at all.’

A victim of the Rotherham grooming gangs tells of how at 13 when she went to the police to report her abusers, the police treated her like a criminal & ‘lost’ all the evidence she gave them.

The British police have tried to cover up the sexual abuse of English girls for decades. pic.twitter.com/ASpysv2wT3

She told PA her abuse began in her early teens when she was befriended by a woman, known to the police as being involved in child sexual exploitation, who introduced her to older Asian (Pakistani Muslim) men to be groomed.

The woman’s mother complained that South Yorkshire Police ‘would not listen and left you in dangerous situations, letting people do what they wanted and they never questioned anybody about what was happening,’ the report said. 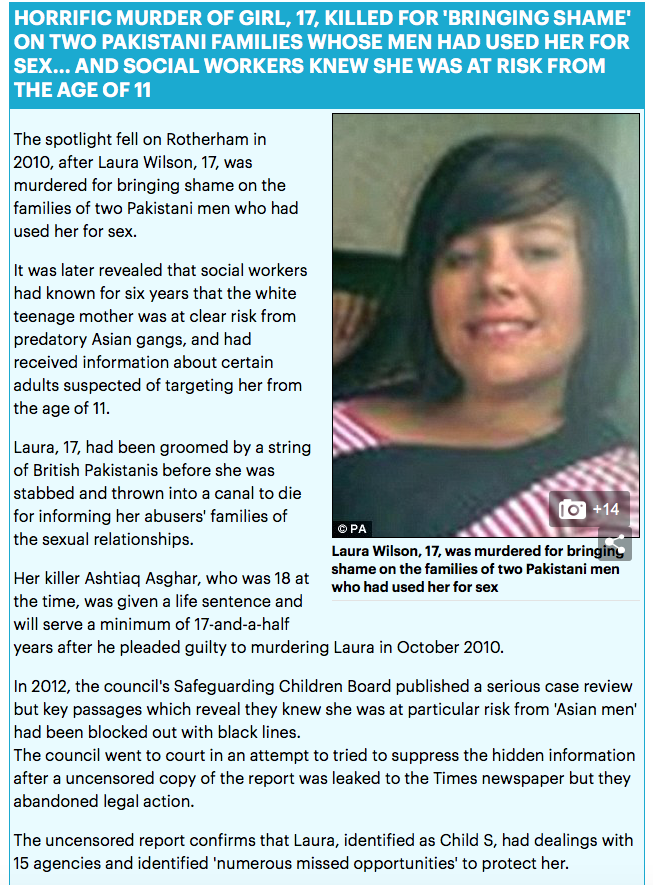 The IOPC upheld the complaint that the force was aware of suspects involved in her exploitation and failed to act, leaving her with people who were grooming the teenager.

The woman called for action to be taken against South Yorkshire Police, including potential criminal charges. 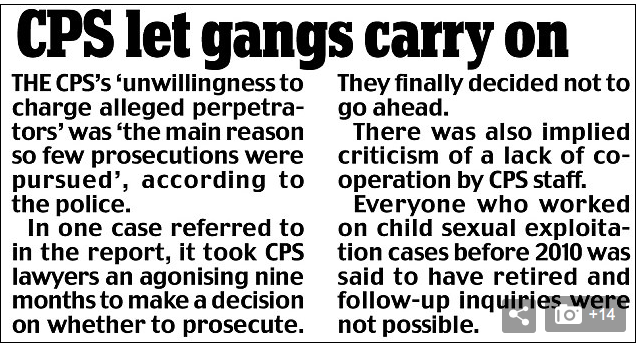 In a second investigation included in the report, the woman’s father said an officer referred to grooming as ‘P*** shagging’ when he phoned the police to discuss his concerns about his daughter.

The officer, who was unable to be identified, was also found to have said ‘with it being Muslims, we can’t afford for this to be coming out’ and commented that the abuse had happened for 30 years. 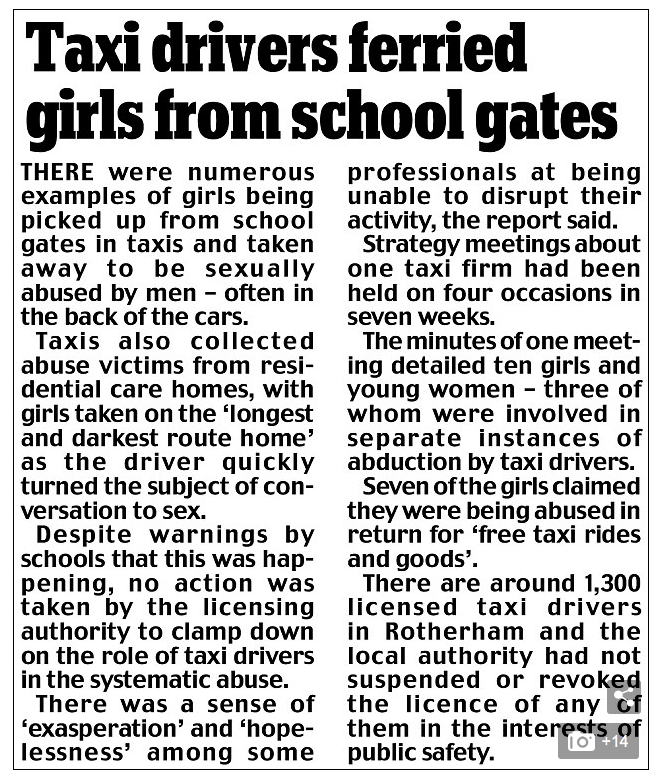 The woman said she did not think South Yorkshire Police’s response had gone far enough, and said: ‘The only reason they’re sorry is because they’re sorry for getting caught.’